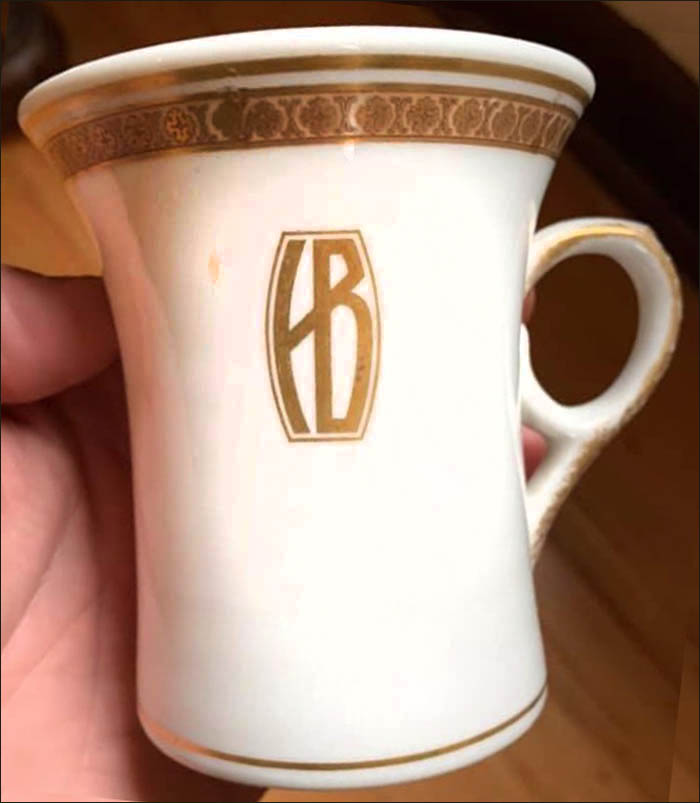 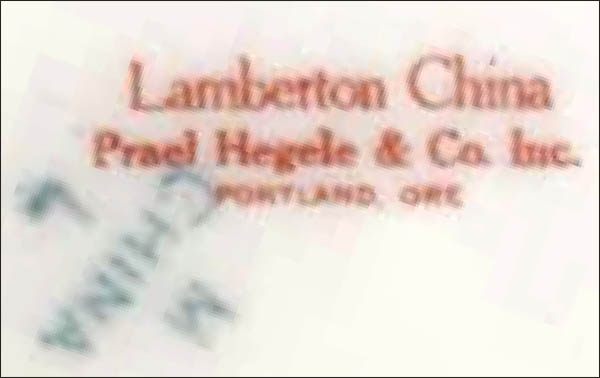 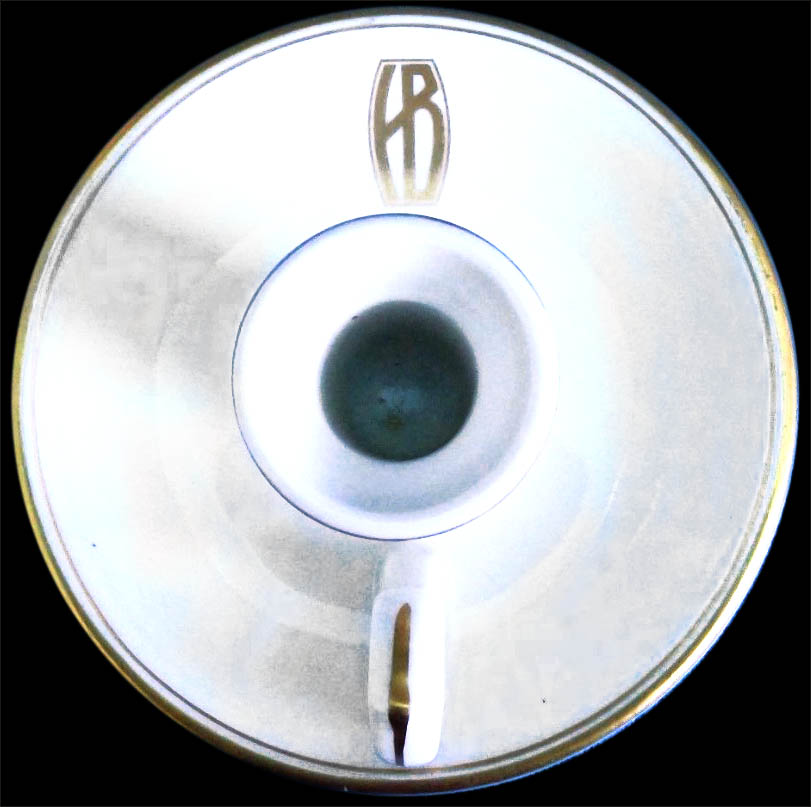 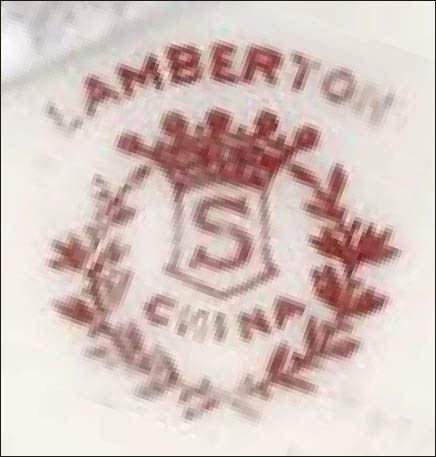 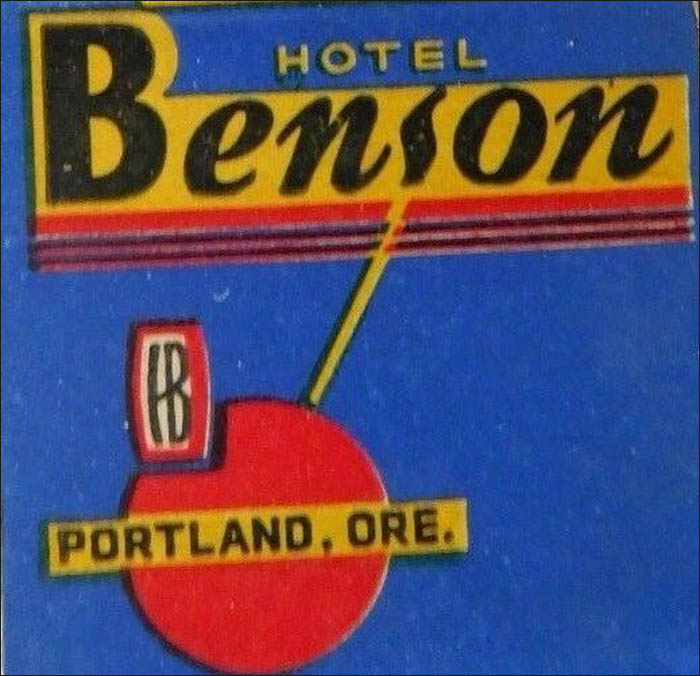 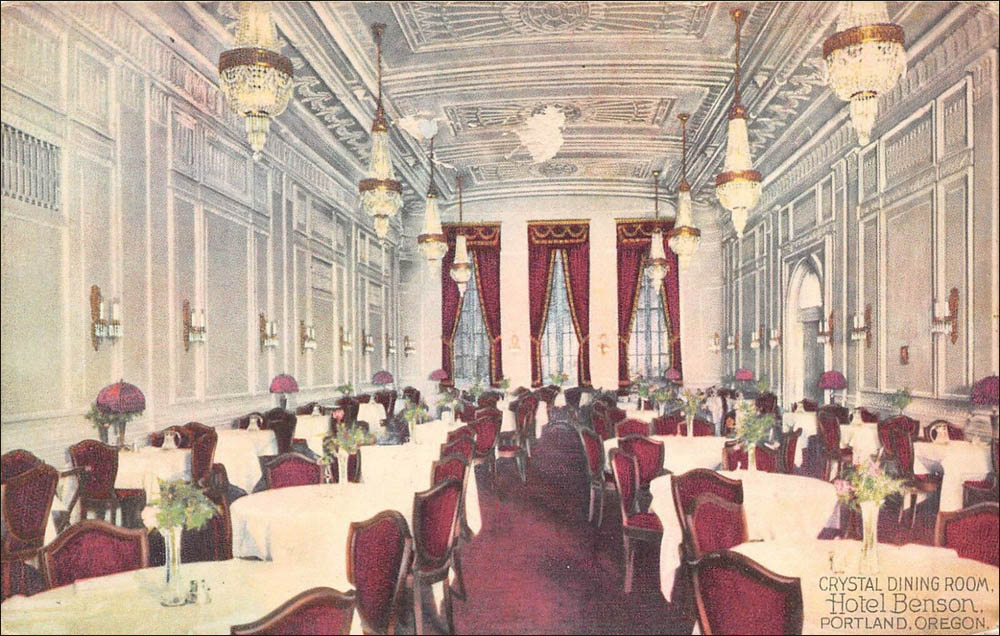 Notes: When lumber magnate Simon Benson took over the former Oregon Hotel annex in 1914, he renamed it Hotel Benson. A new china service was ordered from Maddock Pottery, through distributor Prael Hegele & Co., of Portland.

The Lamberton china used in the Benson bedrooms is crested in coin gold with the Hotel Benson "HB" monogram. There are two coin gold rim lines on these pieces. Candle stands, and probably other pieces, were reordered after Scammell took over the Lamberton Works in 1924.

Pieces used in the Benson dining room are crested with the same coin gold logo. The dining room service has a gold ornament band below the rim line. Pieces made before 1917 have the Prael Hegele name as part of the back stamp.