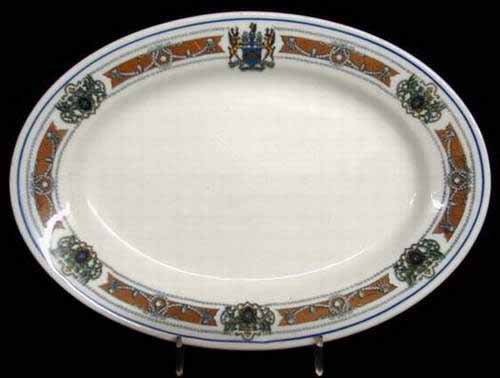 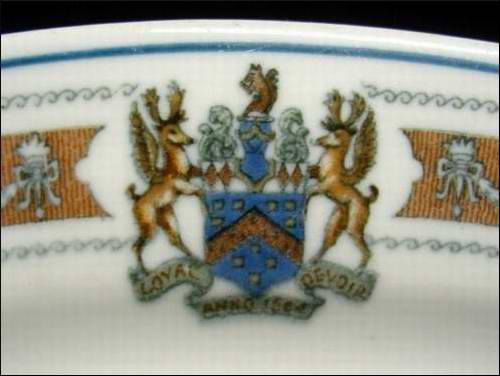 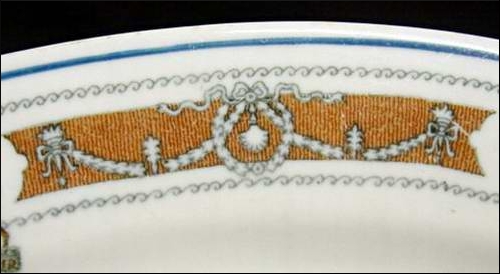 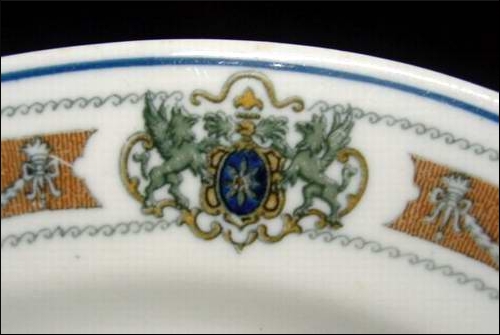 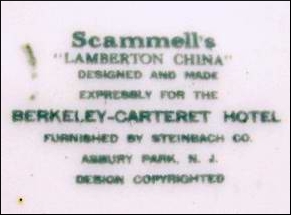 The Berkeley-Carteret Hotel underwent another major renovation circa 2007 and reopened for business with 250 rooms. It is known in 2020 as the The Berkeley Ocean Front Hotel, a vestige of Asbury Park's heyday as an oceanfront resort.

Lamberton China white body platter with classical pattern rim of rust-colored panels with garland swags and bows, interrupted by secondary crests featuring winged griffins in gray on either side of a blue and gold shield. The central crest at the top is the seal of the hotel, which features standing winged deer and a squirrel with the words: Loyal Anno 1664 Devoir.