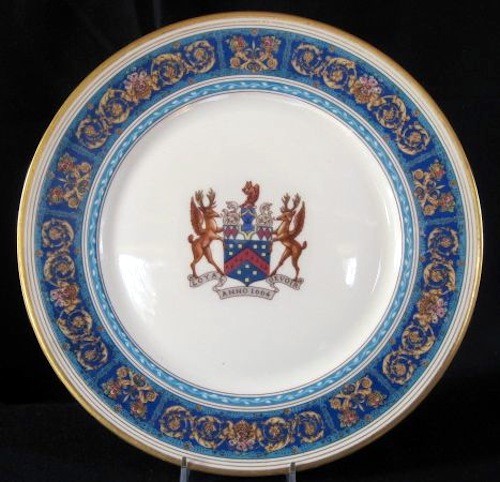 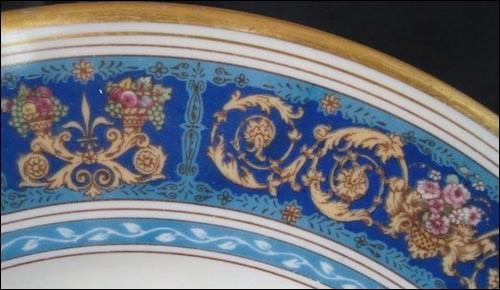 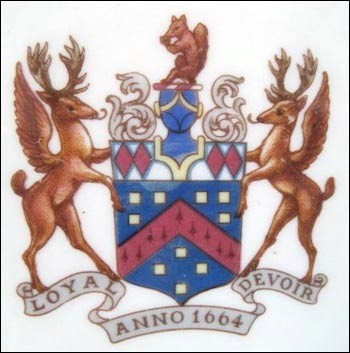 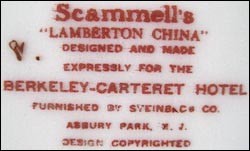 The Berkeley-Carteret Hotel underwent another major renovation circa 2007 and reopened for business with 250 rooms. It is known in 2020 as the The Berkeley Ocean Front Hotel, a vestige of Asbury Park's heyday as an oceanfront resort.

Lamberton China white body, intricate border treatment consisting of gold band and lines, wide blue band with gold colored scrolls, acanthus leaves and baskets of flowers and fruit. Inner band of white vines on blue. Logo in well three-section crest with yellow blocks, acanthus leaves, blue helmet above with a brown squirrel atop. Winged deer on either side of crest, banner below with Loyal Devoir Anno 1664.