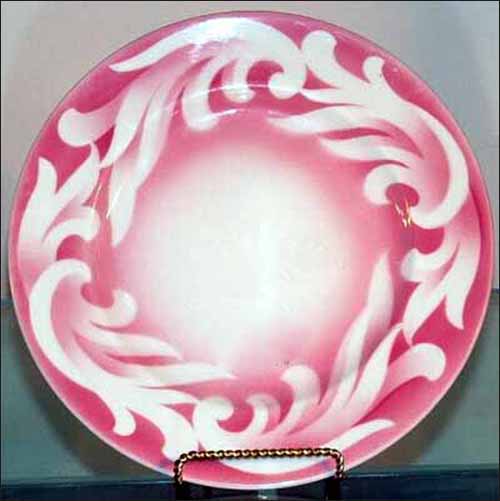 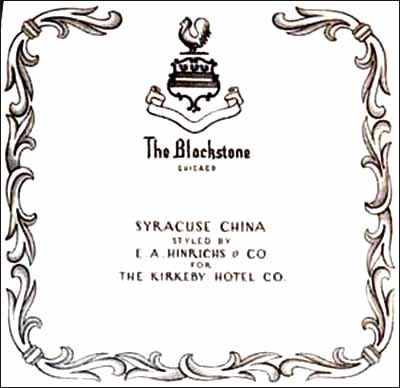 Notes: A second documented Blackstone Hotel pattern, though it is difficult to determine an exact date for this plate. Other china with the E. A. Hinrichs & Co. backstamp has been found that dates to the 1930s and 1940s, though this distributor was in business for most of the 20th century.

A photo of the pattern is shown in a 1946 Syracuse China catalog, accompanied by a photo of the Mayfair Room in the Blackstone Hotel.