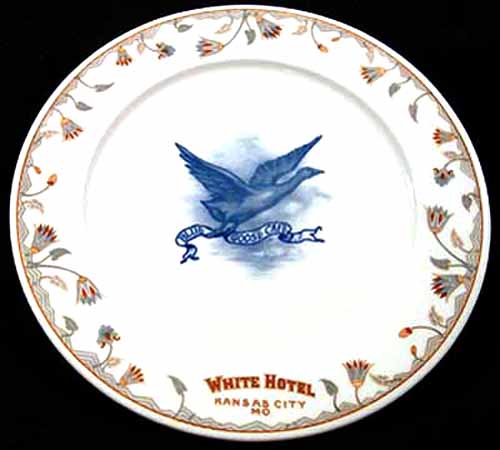 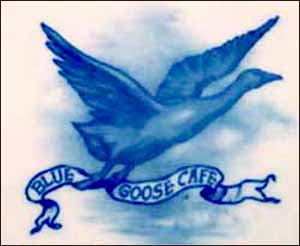 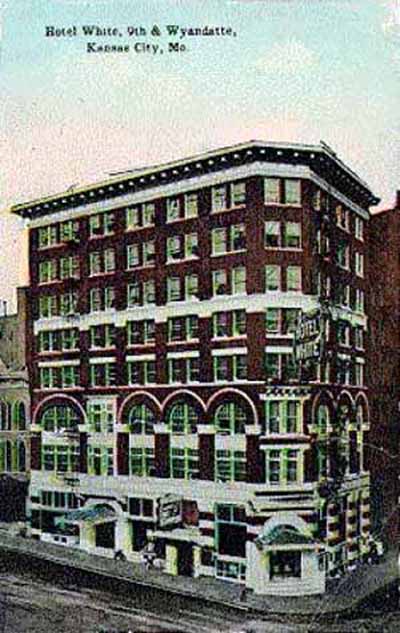 Notes: The White Hotel was located at the northwest corner of 9th and Wyandotte streets in Kansas City, MO. The hotel building was originally erected in the 1880s as an office building, but later was acquired by James H. White at the turn of the 20th Century and converted into a 100-room hotel.

The corner became a notable night spot in the pre-Prohibition era, when the Blue Goose cabaret operated in the lower level. In 1919, the White Hotel became the Puritan Hotel and the Blue Goose became a thing of the past as Prohibition arrived the same year. The building was razed in 1966 to make way for a parking lot.

Lamberton China body with a border consisting of Egyptian blue lily blossoms and leaves in shades of gray, blue, tan and rust. The flower is significant in Egyptian mythology and commonly depicted in Egyptian art. Blue line drawing of a goose in flight holding a banner reading "Blue Goose Cafe."