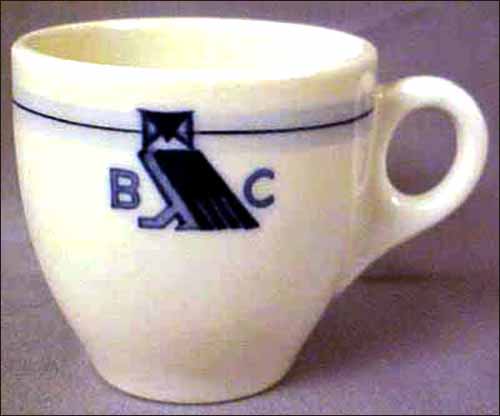 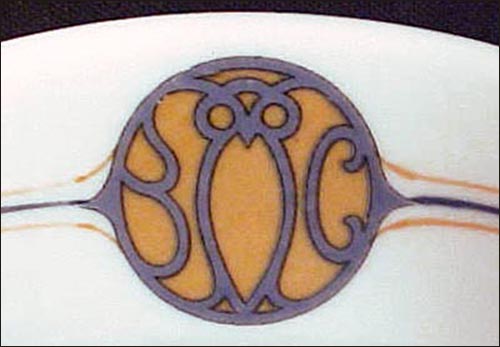 This is an earlier pattern version - July 1924 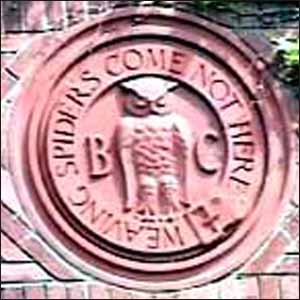 Notes: Established in 1872, it is a private all-male club, headquartered in the Bohemian Building, San Francisco. Still in existence and infused with controversy and intrigue, it is definitely worth a Google search.

Logo includes the letter B and C — or BC — and a stylized owl. This pattern was also made by Jackson China.