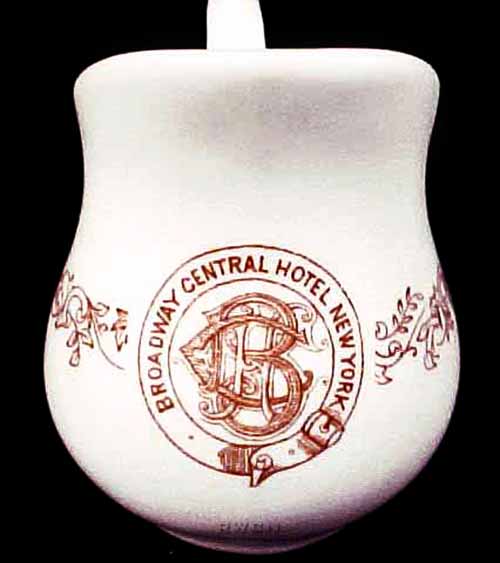 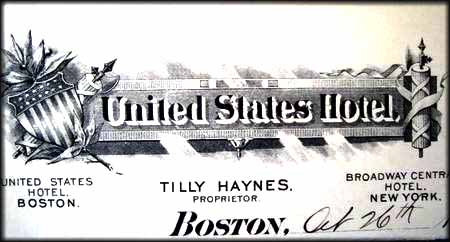 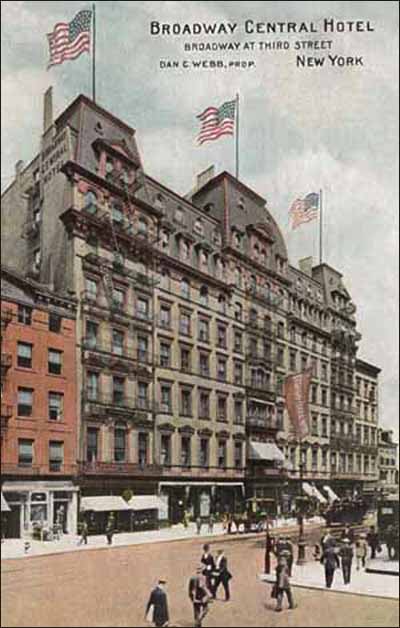 Notes: Built on the ruins of the Winter Garden/LaFarge House at 673 Broadway, the eight-story, 400-room Grand Central Hotel (then the largest in New York City) opened its doors in August 1870. By 1892, the hotel was sold and renamed the Broadway Central Hotel by proprietor Tilly Haynes. Click here for more information about prominent Boston citizen and Massachusetts State Senator Tilly Haynes.

The hotel was known for its kitchens and scandal that rocked the city. As the theatres moved uptown, the hotel started a decline that went on for years.

It became a welfare hotel in the 1960s and the first three floors became the Mercer Art Center, which housed five off-Broadway theatres and two acting schools. On a Friday night in early August 1973, the entire left side of the hotel collapsed onto Broadway, shortly before people started to arrive at the theatres, and four people from the welfare hotel lost their lives.