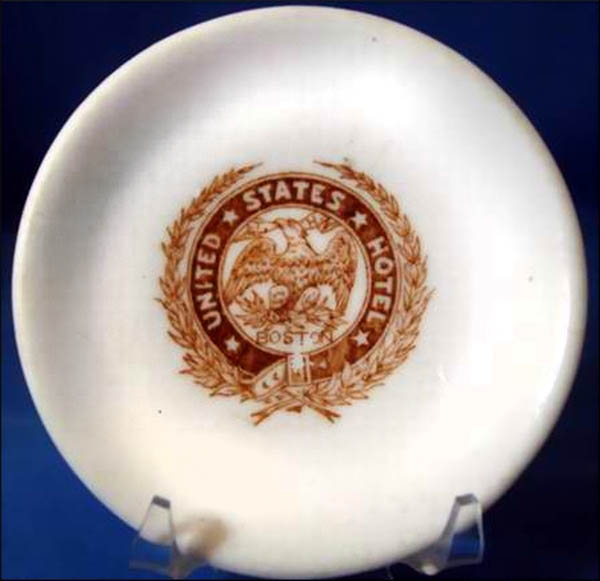 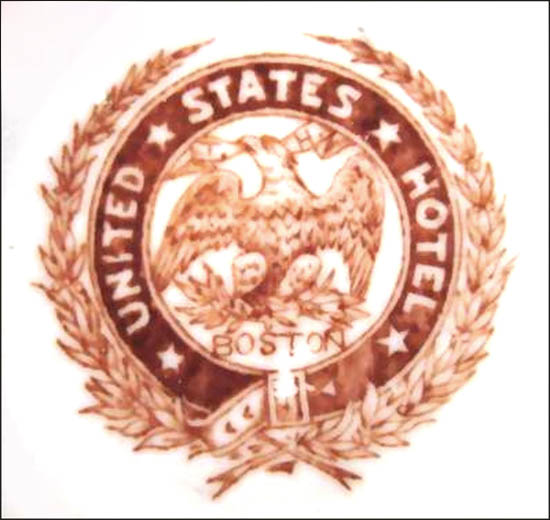 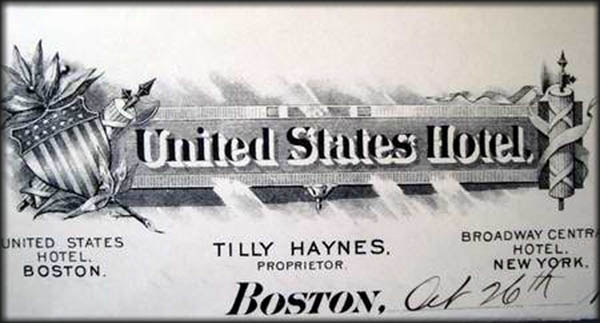 In 1879, Tilly Haynes took over as the hotel proprietor and passed away at the hotel on August 10, 1901 at the age of 73. Click here  for more information about prominent Boston citizen and Massachusetts State Senator Tilly Haynes.

Brown monochrome transfer Eagle holding ribbon in his beak with the initials "T" and "H" (for Proprietor Tilly Haynes), clutching olive branches above the word "Boston" within a belt logo that reads United States Hotel.