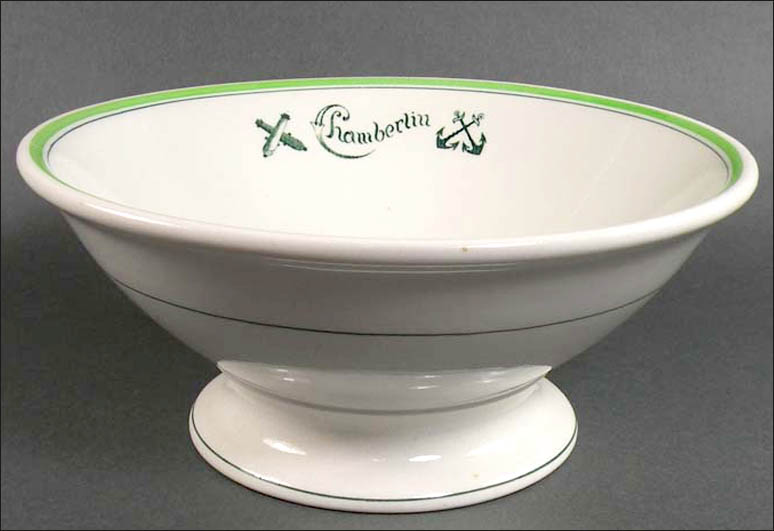 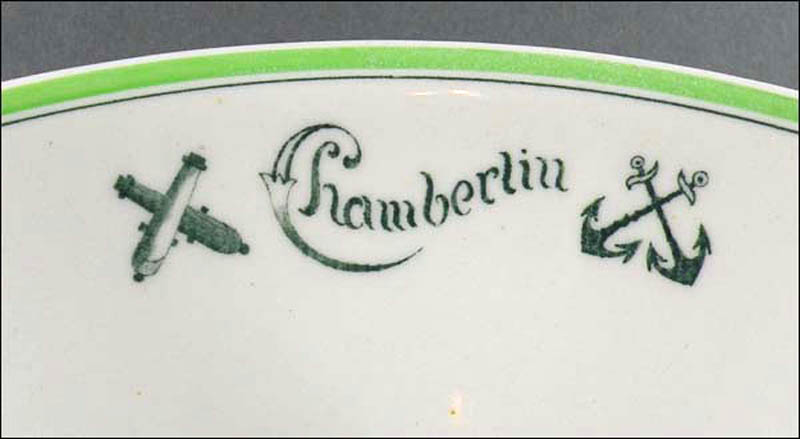 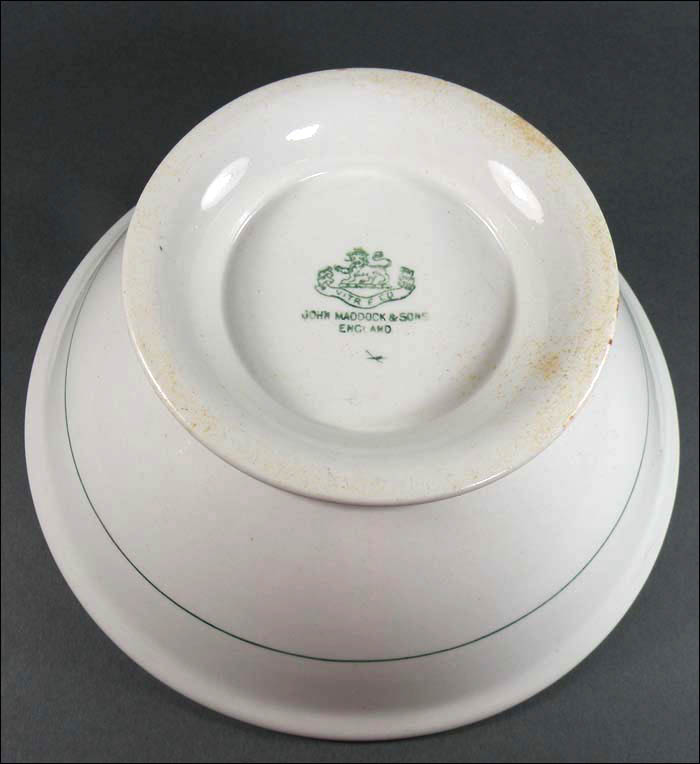 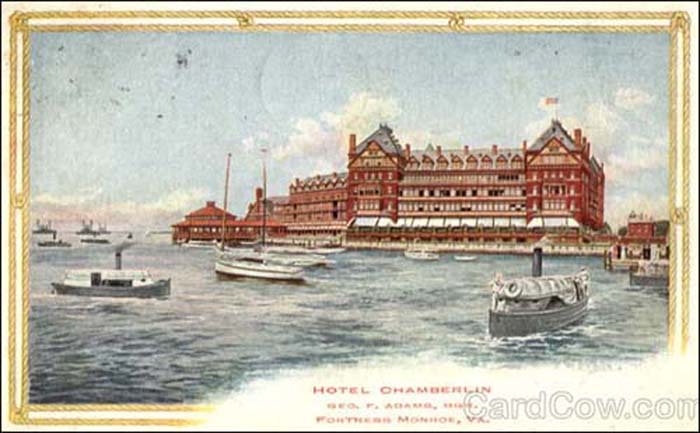 The footed bowl has a lime green band and dark green line at its rim. Below is spelled out Chamberlin between crossed cannons and crossed anchors, all in dark green.