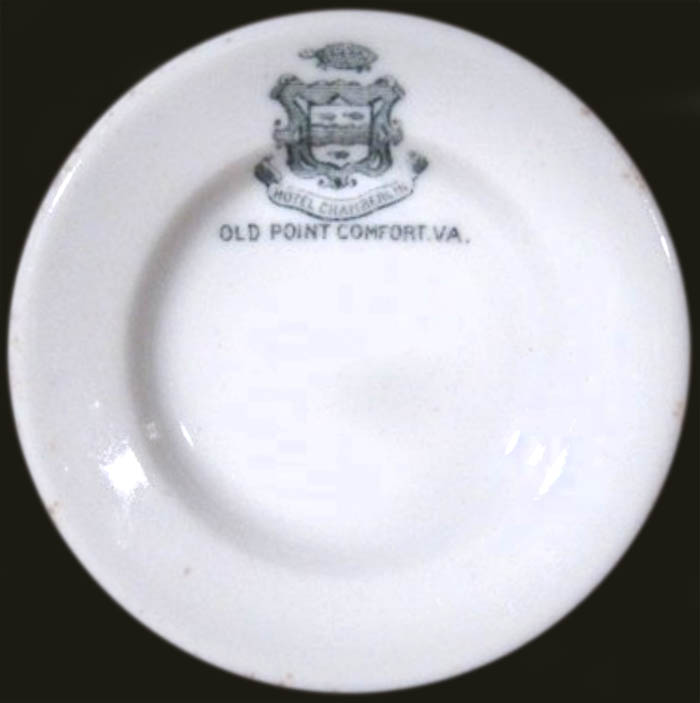 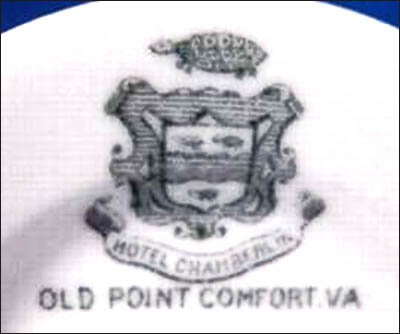 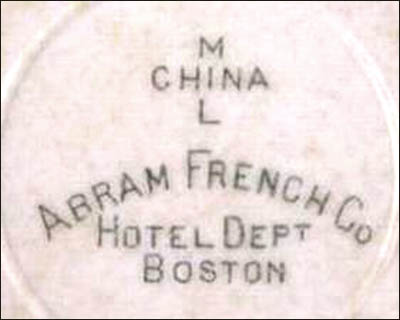 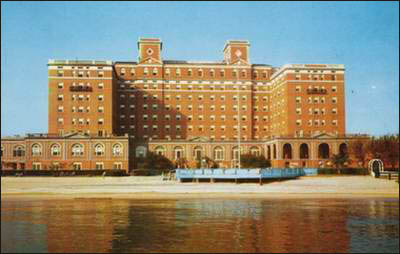 This plate features the hotel logo of a large turtle on top of a crest or shield of three small turtles and a bottom banner that reads "Hotel Chamberlin."