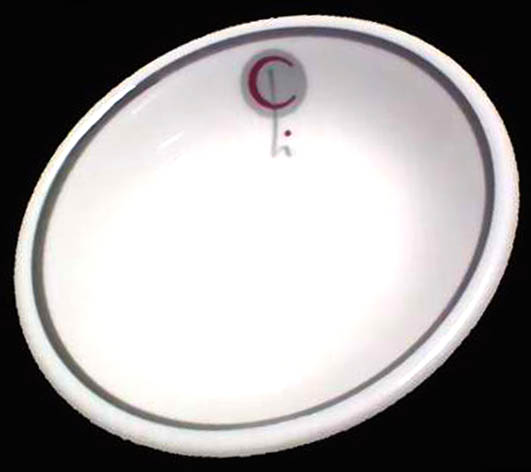 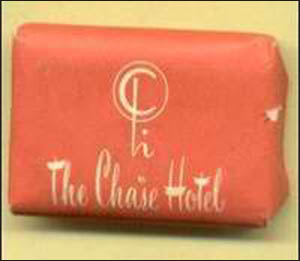 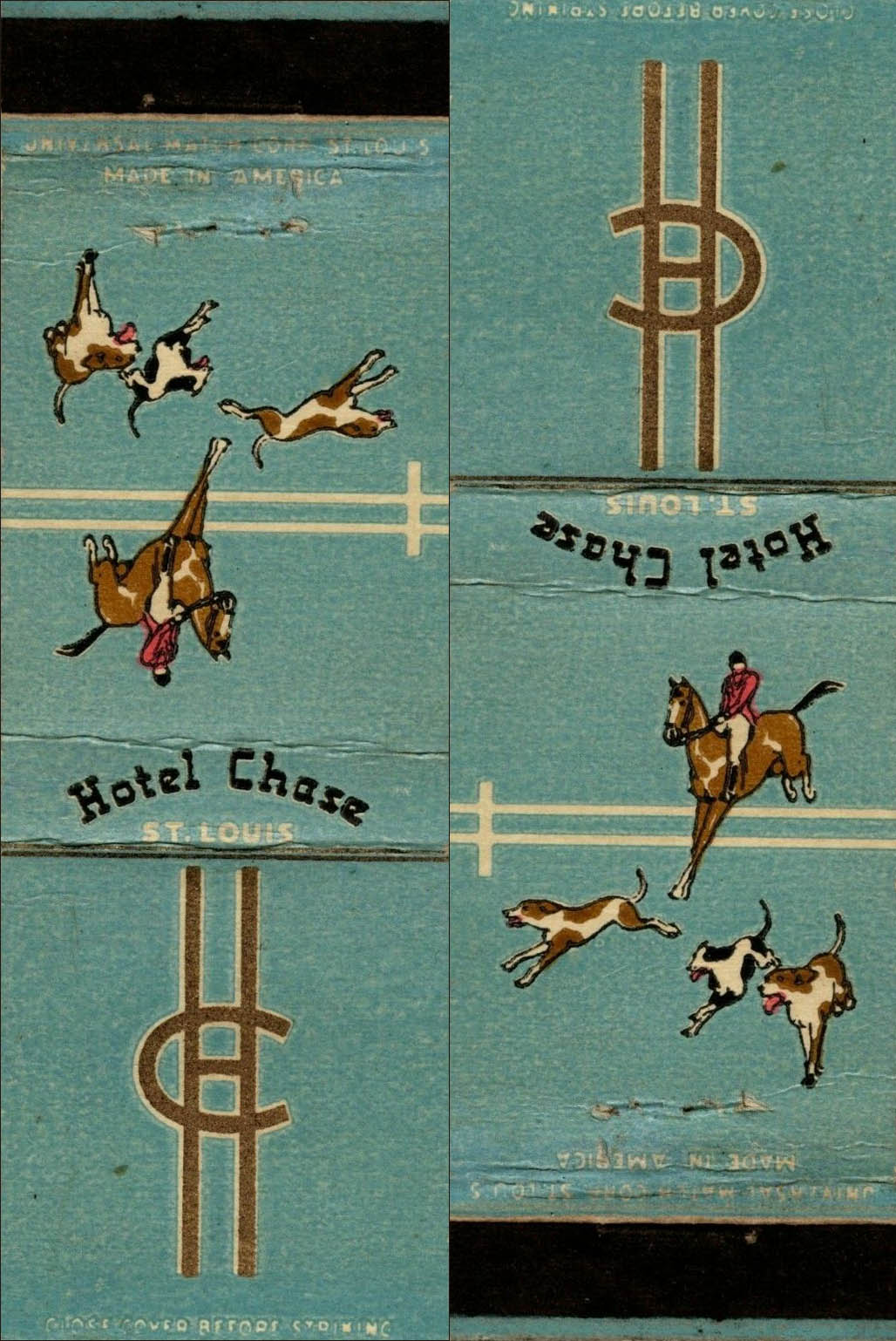 The Hunt Room - then the Bistro Eau 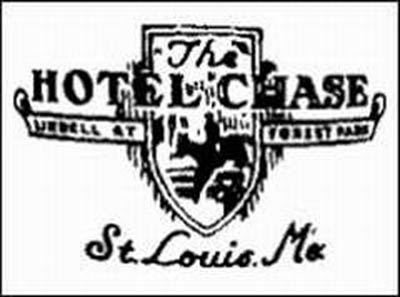 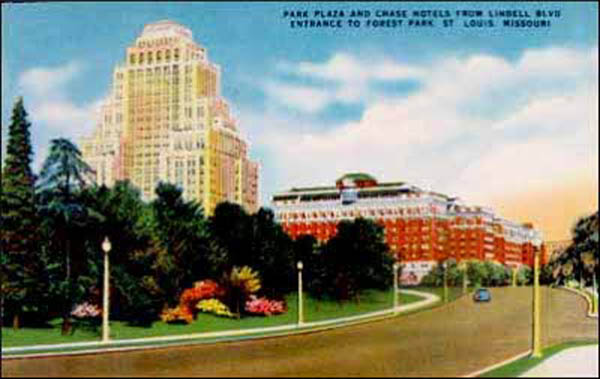 Notes: The 500-room Chase Hotel opened 1922 on Kingshighway Blvd in St. Louis, MO. The Chase Hotel joined with the Park Plaza Hotel in the mid-1950s as the result of a modernization program, which included a new central lobby, new decor, furniture and TV in every room with four new restaurants – becoming the Chase-Park Plaza Hotel. By 1973, it was known simply as the Chase-Park Plaza.

Different logos (some shown below) were used over the years for the Chase Hotel and Chase-Park Plaza restaurants: The Hostaria dell"Orso, The Sea Chase, The Tack Room, The Tenderloin Room, The Khorassan Room, The Hunt Room, The Fiesta Grille, The Chase Club, The Starlight Roof and The Zodiac Room.

Click here for a thorough description of all the hotel's venues over the years.