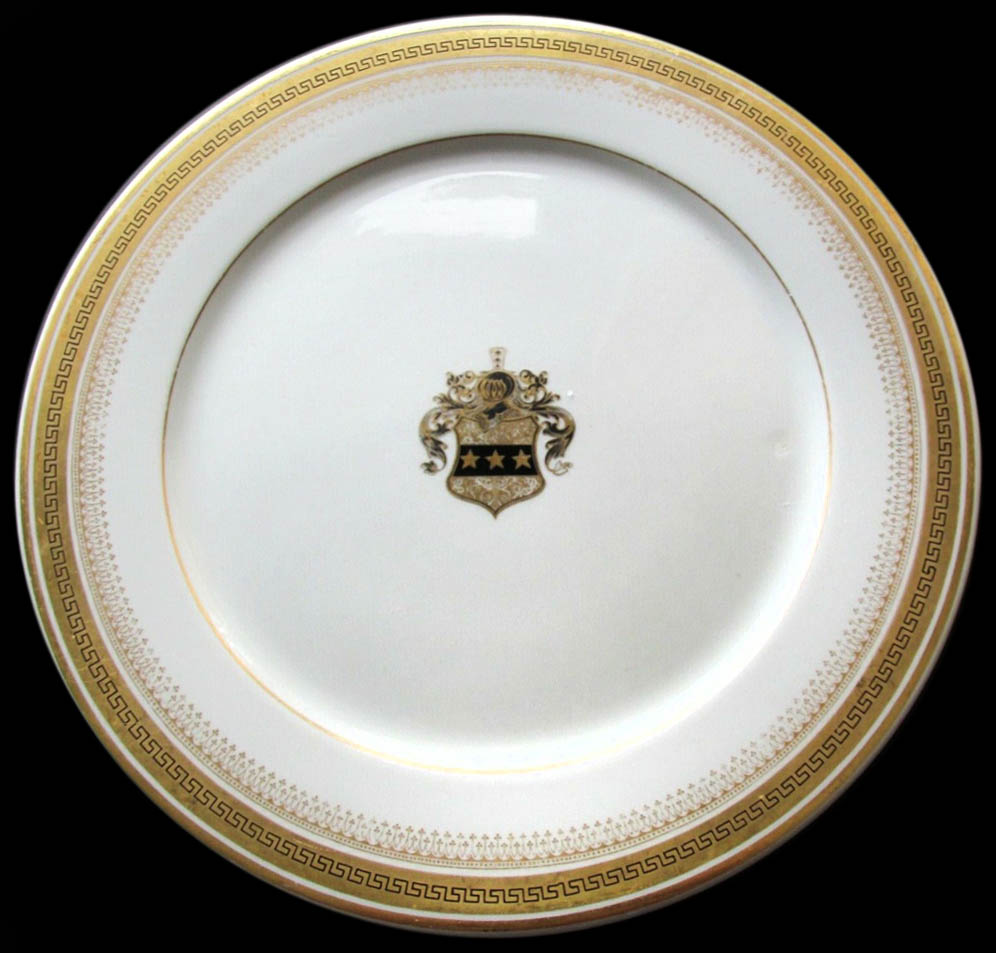 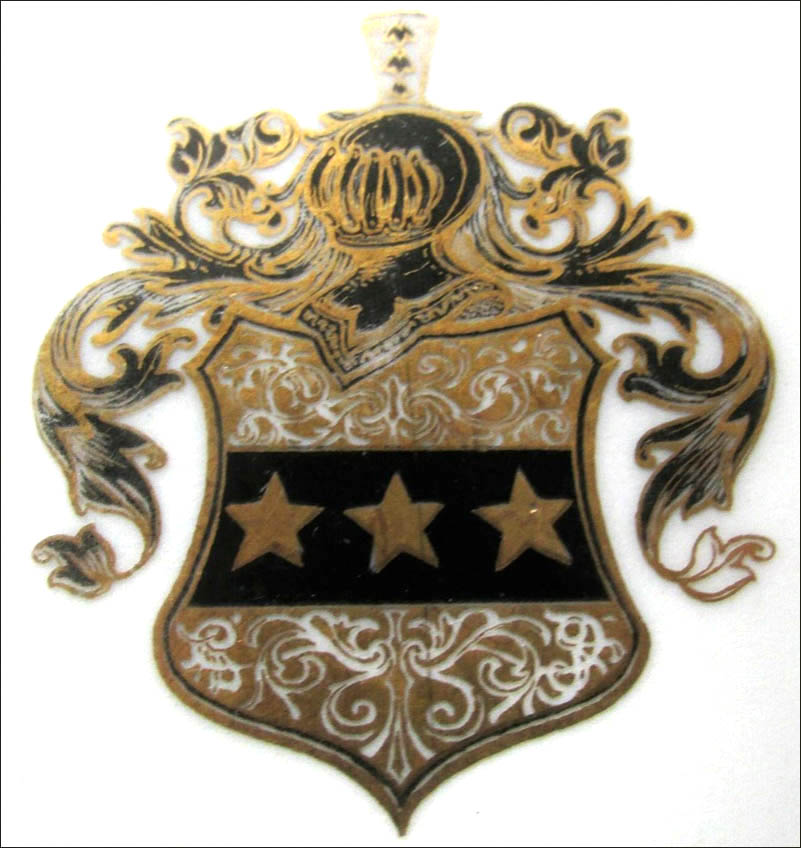 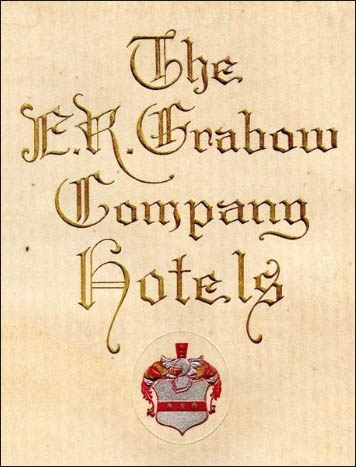 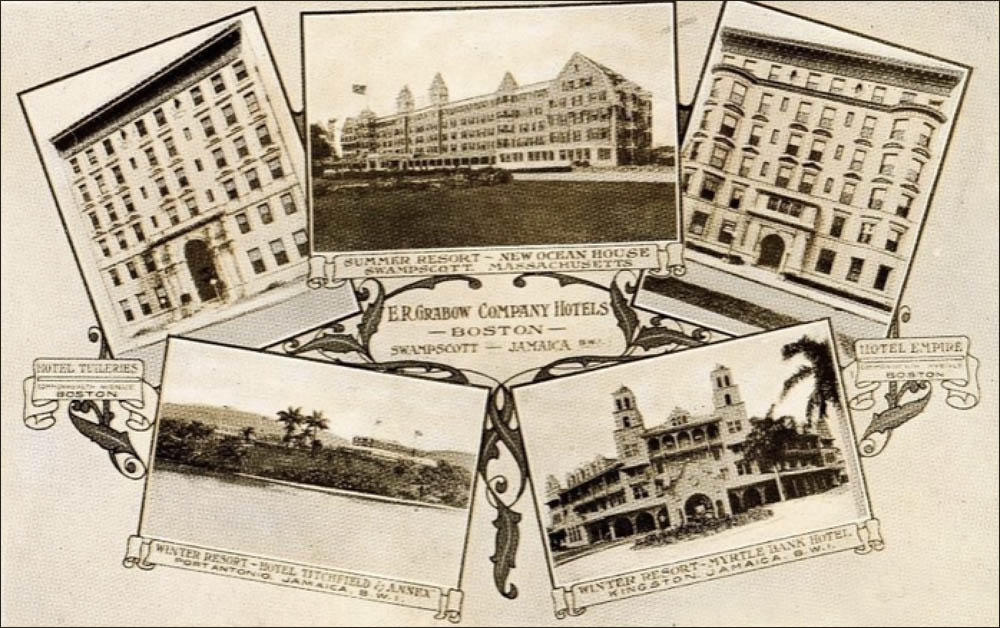 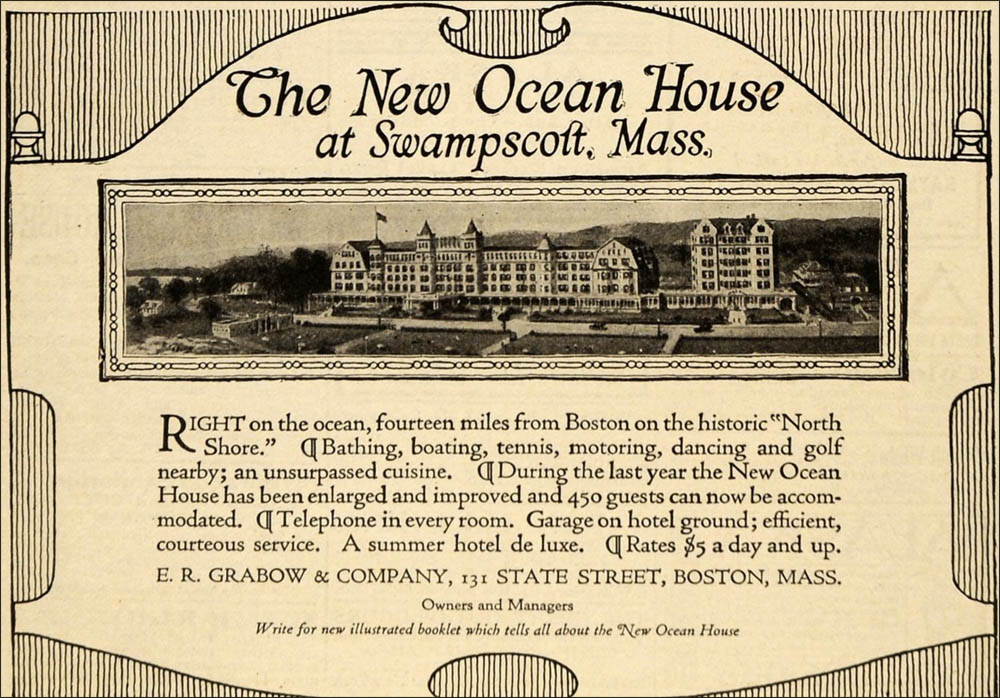 Notes: The E. R. Grabow Company operated at least five hotels at the same time, The Tulleries and Empire, in Boston, the New Ocean House in Swampscott, Massachusetts, and the Titchfield and Myrtle Bank, in Jamaica, British West Indies.

Edward R. Grabow was born around 1875. By 1898, he was working as a room clerk in the Magnolia Hotel on Cape Ann, Massachusetts. By 1900, he was the manager of the Buckminster Hotel, in Boston. In 1902, Grabow partnered with Allen Ainsle to operate the New Ocean House in Swampscott, Massachusetts. In 1904, Mr. Grabow and Dr. George H. Newell bought the Magnolia Hotel.  In 1907, Ainslee & Grabow were proprietors of the Tichfield at Port Antonio, Jamaica. In 1909, they operated the Lenox, in Boston. By 1916, E. R. Grabow & Company, with offices at 131 State Street, Boston, was the operator of the New Ocean House, in Swampscott. By 1917, Mr. Grabow was also the general manager of the passenger department of the United Fruit Company's steamship operation. In 1922, E. R. Grabow was both owner and manager of the Ocean House. In 1925, E. R. Grabow Company, Inc. operated the Preston, in Beach Bluff, the New Ocean House, and Puritan Hall, in Swampscott. Mr. Grabow died on September 11, 1933, at age 58.

Maddock Pottery produced Lamberton service plates crested in the center of the well with the E. R. Grabow Company shield in black and coin gold. The border of these plates is decorated in coin gold, with a black Greek Key band.

Several of these Grabow – operated hotels are known to have had their own crested china, so this Grabow shield crest may only have been used for service plates in the hotels.