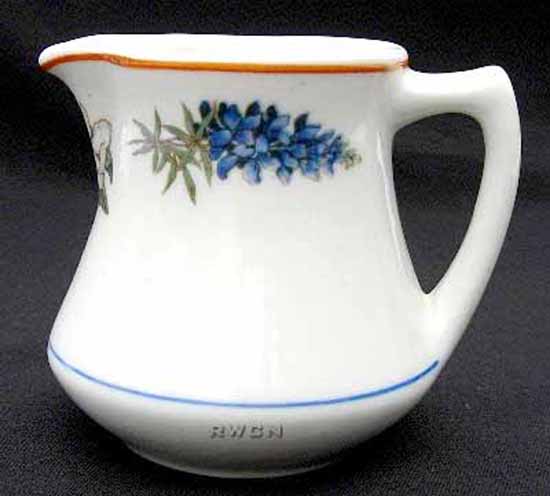 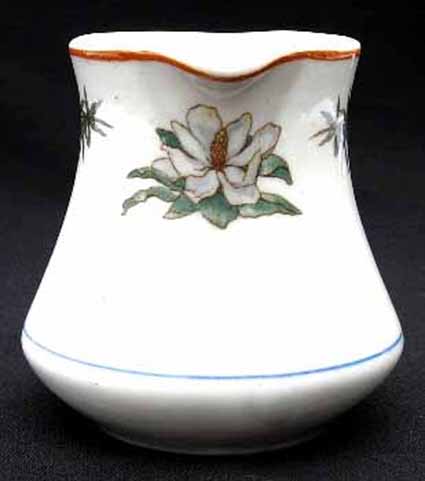 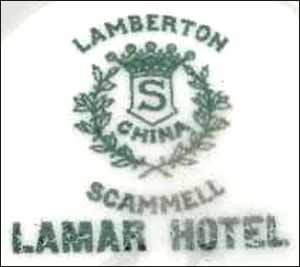 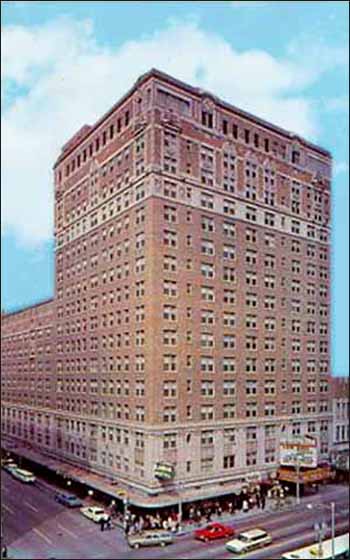 Notes: The Lamar Hotel in Houston, Texas was built in 1927 by Jesse Jones and featured in Houston's history until it was demolished in 1983. Former president Lyndon Johnson stayed there as did H.L. Hunt. Many leaders of business in Houston kept permanent suites there. The hotel was named for Mirabeau B. Lamar, third president of the Republic of Texas, as well as soldier, pioneer, merchant and more.

Lamberton China body. This same outer rim treatment has also been seen on china used by the Hotel Finlen located in Butte, Montana with their own HF logo in the top center. The patterns out there without any topmark logo or specific backstamp would therefore be considered a stock pattern.