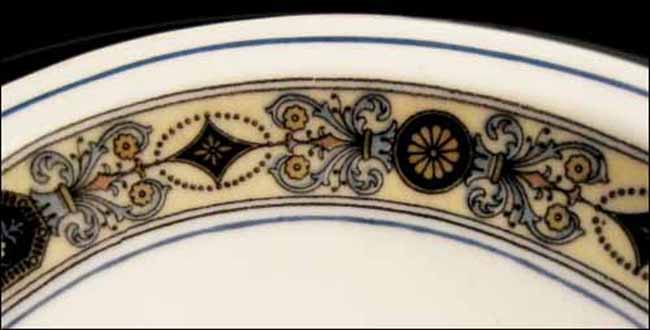 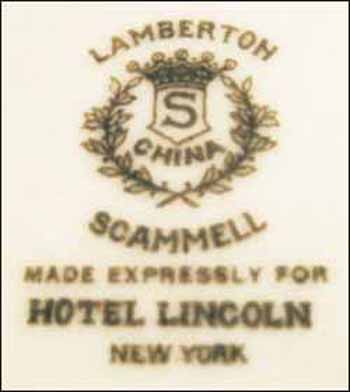 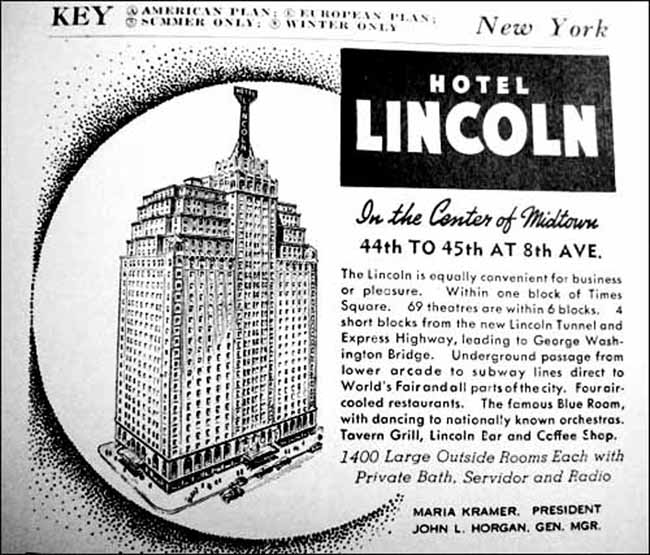 Notes: Located on 8th Avenue, between 44th & 45th streets, New York, N.Y., this 27-story, 1400-room hotel was first listed in the 1927 Hotel Red Book. In 1933, the Lincoln became a Reliance Hotel. Located very close to Time Square and the theater district, the Lincoln was very popular with tourists.

In the 1940s & 1950s there were four restaurants to chose from: the Coffee Room for quick service; the Tavern Grill for atmosphere; the Lincoln Bar; and the Blue Room for dining and dancing.

In September 1957, the Lincoln became a Zeckendorf Hotel; it was re-modeled and re-named The Manhattan Hotel. Unfortunately, in the 1960s, things started downhill for the Manhattan.

By the late 1970s the hotel was closed and boarded up. It was purchased in 1980 and with a quick remodel it reopened in 1981 as the Milford Plaza Hotel. The MPH closed December 12, 2009 and is still in limbo.

This Scammell China pattern was a stock pattern, as well as a border pattern on made-to-order custom pieces for other venues and organizations, such as The Elks and the Carlton Hotel. Bauscher Brothers also produced this similar stock pattern: Bauscher Pattern #609893A.