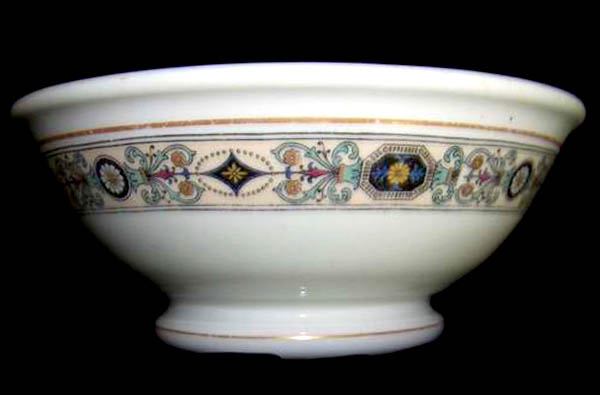 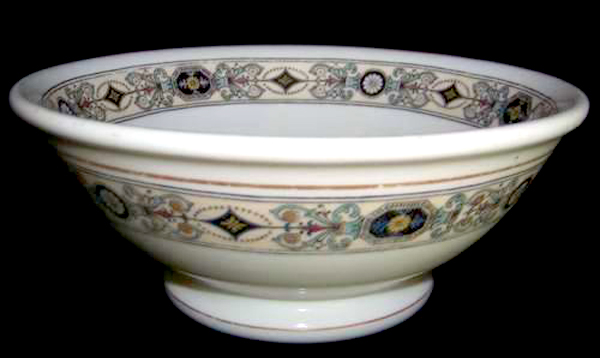 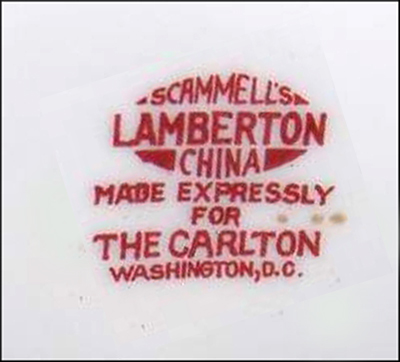 This Scammell China pattern was a stock pattern, as well as a border pattern on made-to-order custom pieces for other venues and organizations, such as The Elks and the Lincoln Hotel – New York.  Bauscher Brothers also produced this similar stock pattern: Bauscher Pattern #609893A.