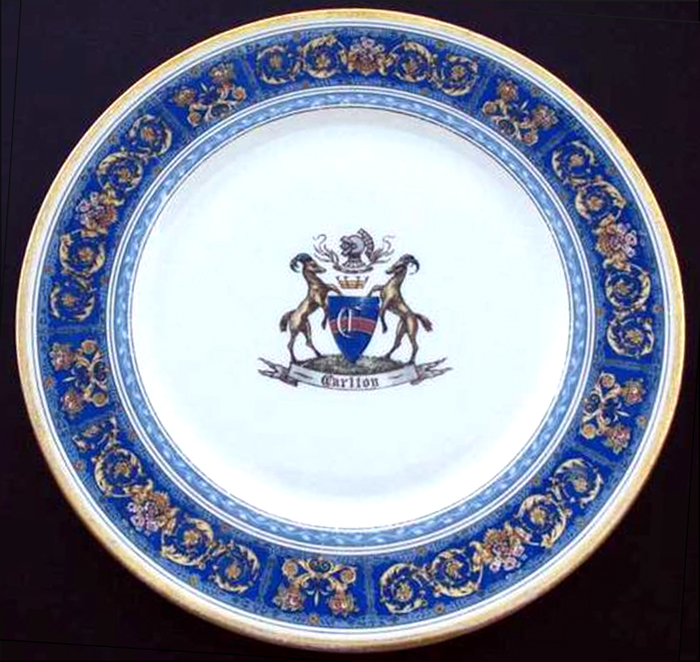 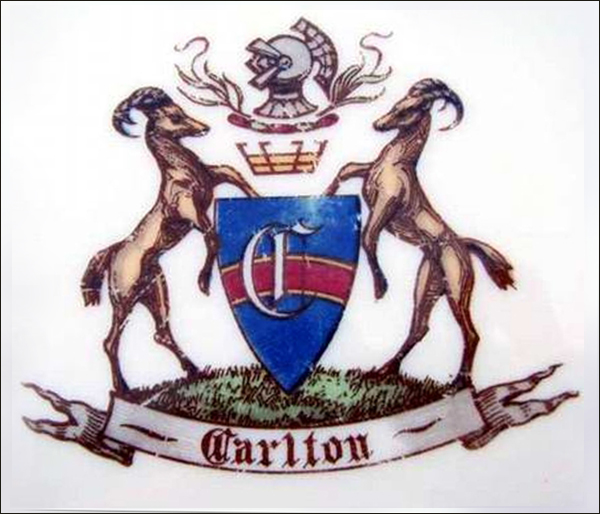 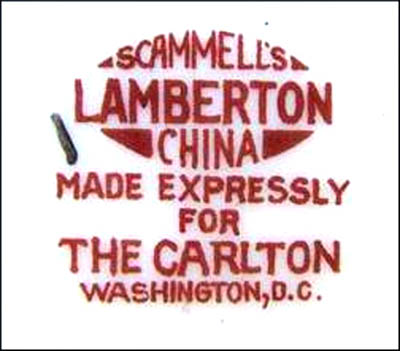 White body with gold band border and wide ornamental border of scrolling gold leaves and vines against a royal blue background. Center-marked with the Carlton Hotel crest consisting of a stylized letter "C" set within a red and gold striped blue shield, atop a mound of grass, flanked by two mountain sheep beneath a crown and a helmet. A banner with "Carlton" appears beneath the mound of grass and the shield.