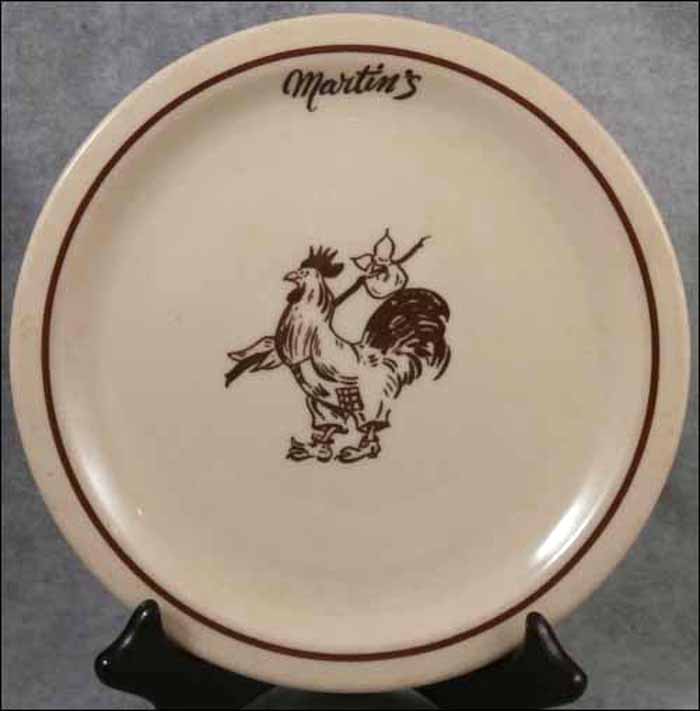 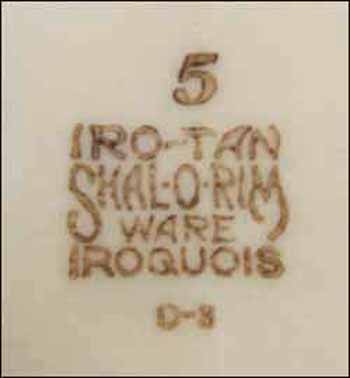 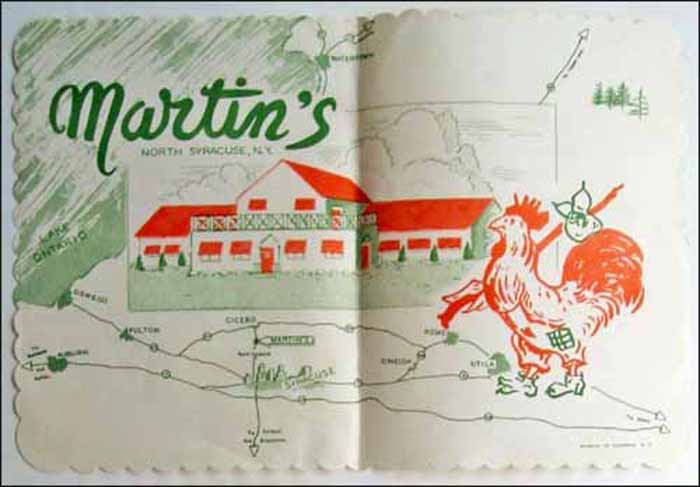 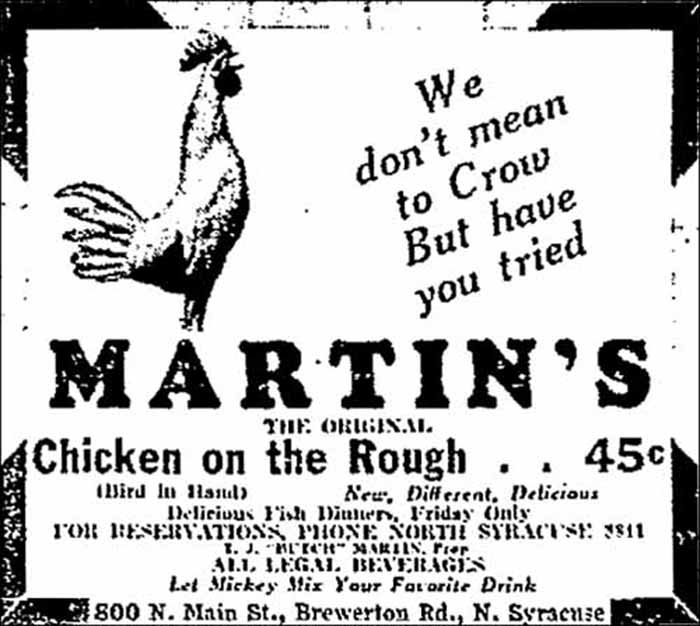 Notes: Martin's was a restaurant located in North Syracuse, N.Y., that specialized in fried chicken, or as the restaurant called it, "the original Chicken on the Rough."

First reference to Martin's was found in a May 24, 1940, Syracuse Herald Journal display ad (see photo above), but it is not known when it opened. The restaurant came to an abrupt end on December 2, 1971, when it was destroyed by fire and was not rebuilt.

The plate has a rooster in the center wearing patched overalls and carrying a bindle stick. Near the rim is Martin's and there is a stripe on the rim – all in brown. A 1959 plate by Syracuse China has also been found with this pattern.