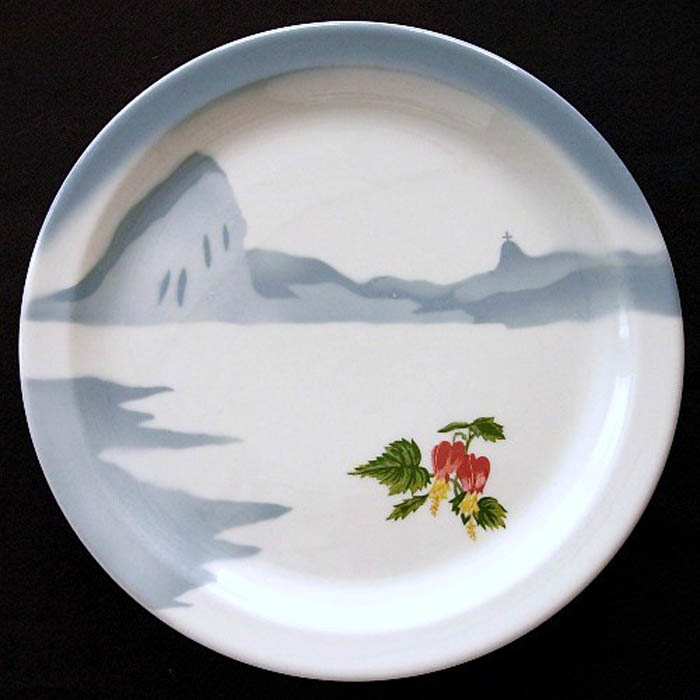 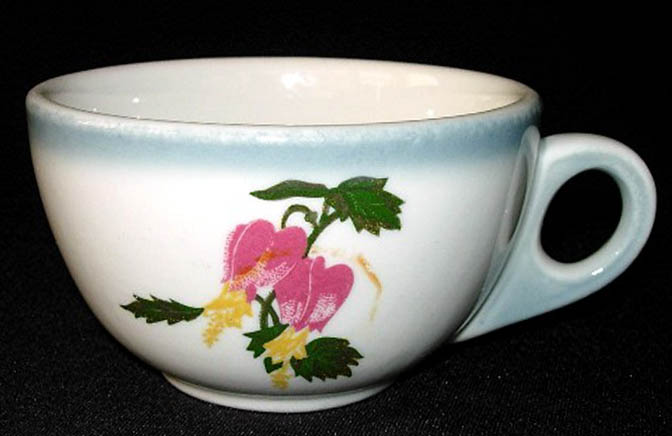 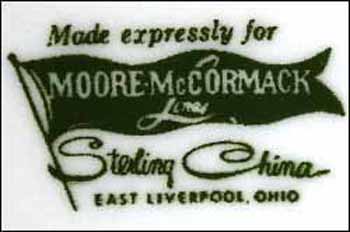 The Rio pattern features a gray airbrushed design of mountains and the famous landmark of Christ the Redeemer statue, sculpted by Paul Landowski, and located at the peak of Corcovado Mountain in Rio de Janeiro, Brazil. Bleeding heart blossoms and leaves are in the foreground.