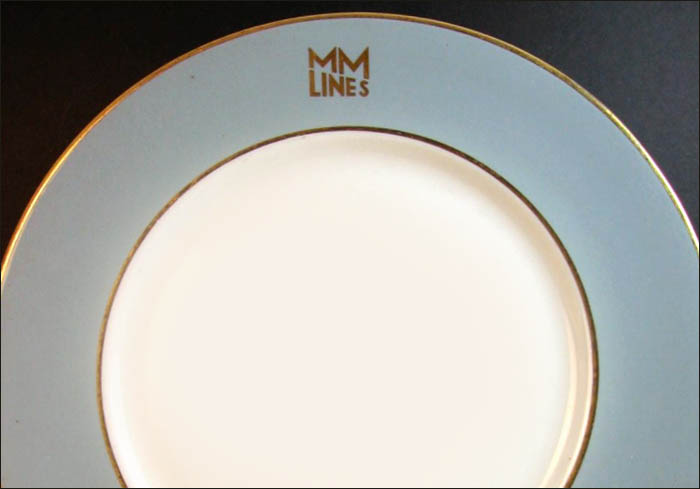 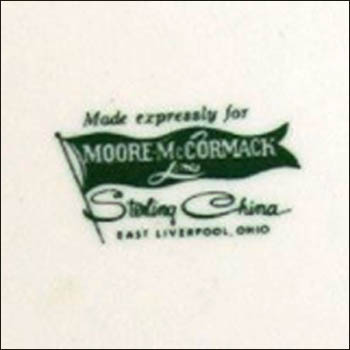 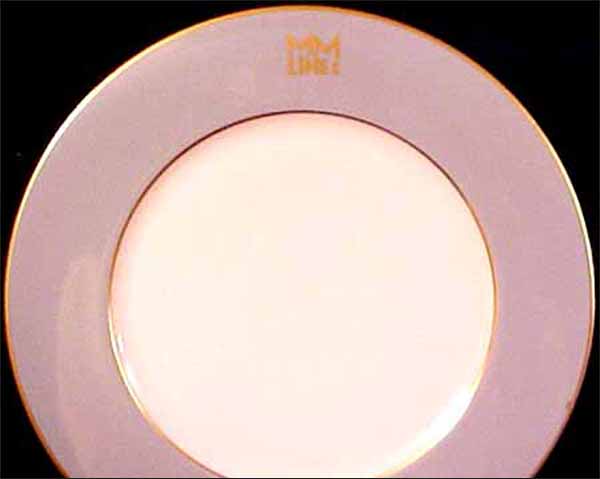 This service plate was used on board The Brasil and The Argentina.

An update to the former entry: We have found no reference to the pink version of this gray blue pattern, shown above, but are retaining it. The pink might have been a wildly-off distortion of color in the photo, or it might be an extremely hard-t0-find version. We have found references to the gray blue version as being named Gold & Grey.