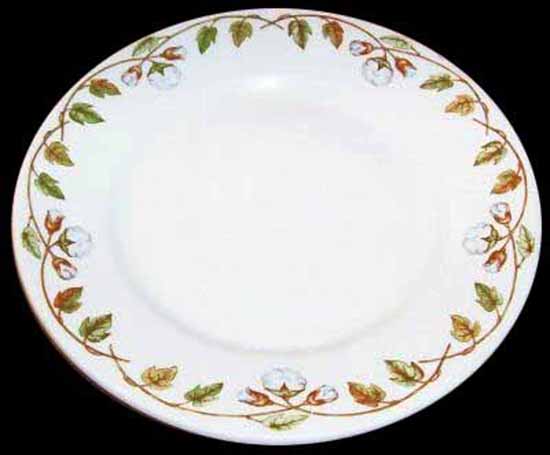 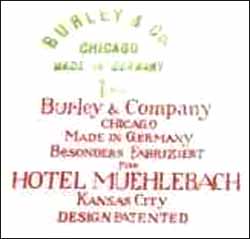 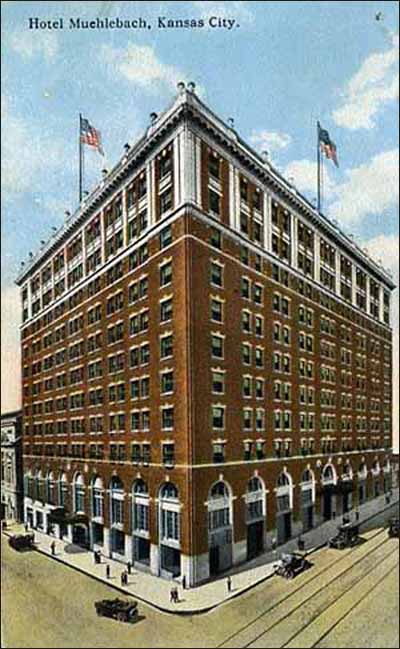 White body with a cotton boll and stem border pattern in color shades of green, brown and white, with a backstamp indicating that it was Made in Germany, "Besonders Fabriziert" (which roughly translates to "especially made") for the Hotel Muehlebach.