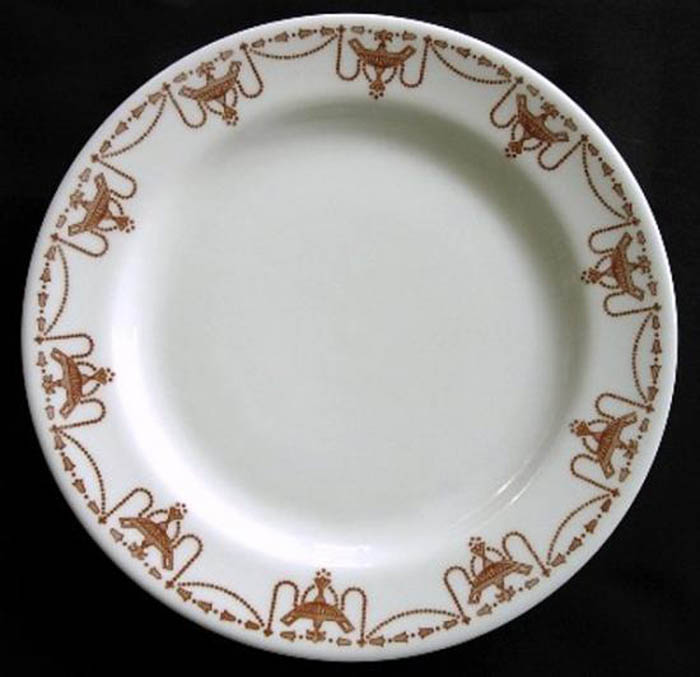 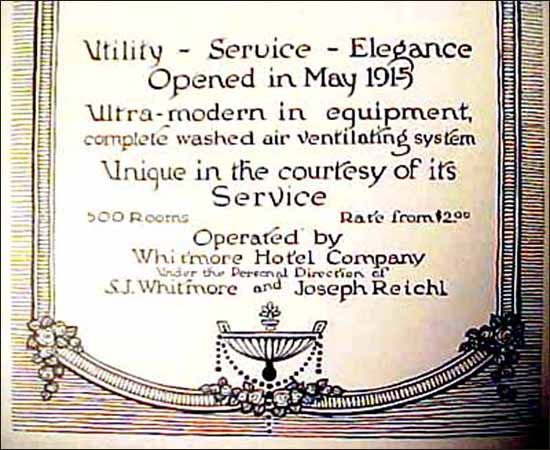 The swags on this border pattern appear to be the hotel's crest, based on marked silver patterns and the entry taken below from a 1918 Hotel Red Book.