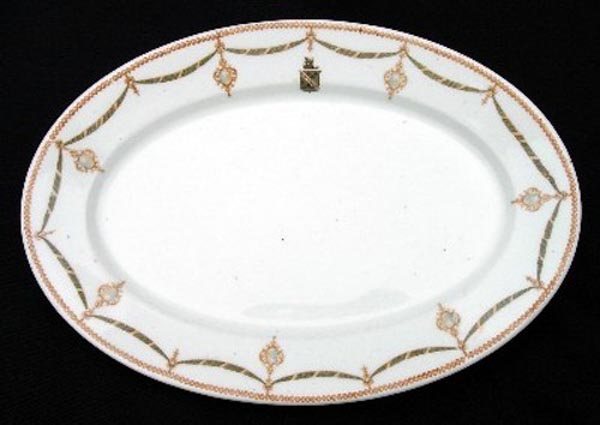 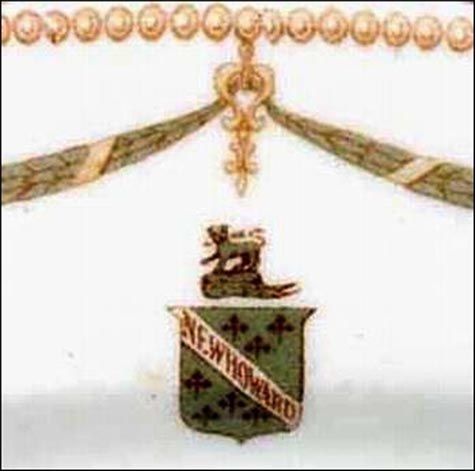 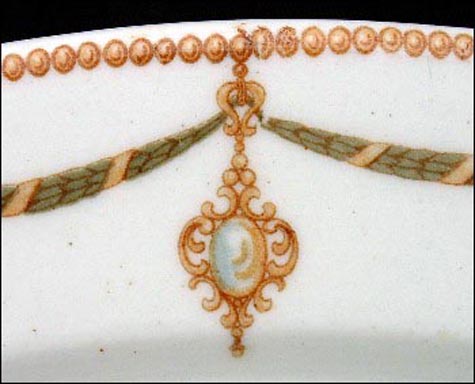 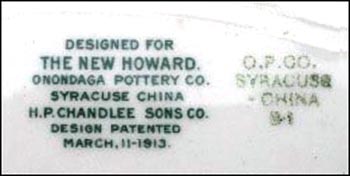 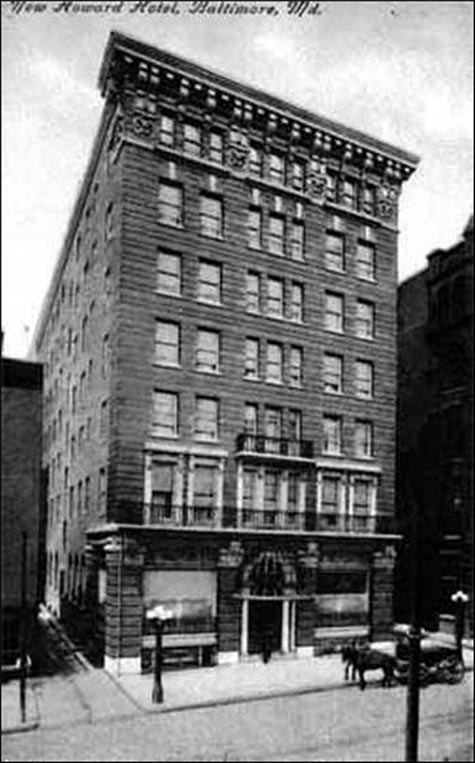 Notes: Located at 8 North Howard Street in Baltimore, Maryland, the New Howard Hotel was built in 1905 to replace the original Howard House built circa 1850.

In 2010, the hotel is a residential apartment building known as CenterPoint.

White body with a beaded border in brown around the rim linked to an inner border of swags and opal-like pendants in shades of green, brown and yellow. Topmarked by the hotel's Green shield with multiple fleur de lis and the words "New Howard" in a diagonal. A lion sits atop the shield.

A US Patent was issued on March 11, 1913 for this pattern design by Elmer E. Walter. It was not a controlled pattern; and therefore, it was available to anyone to use or customize such as the New Howard Hotel.