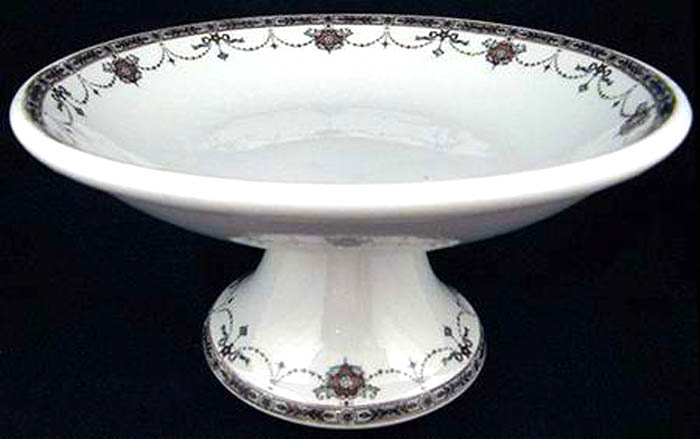 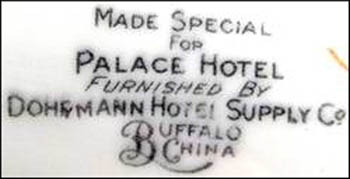 The Palace Hotel, San Francisco is identified on the list of "Commercial Service Clients" in The Book of Buffalo Pottery by Seymour and Violet Altman (Pages 179-182). "This list, as far as the authors know, includes no clients who chose from stock patterns, and none that date from the post-1940 period…"

Though this pattern may have started out as a custom pattern used by the Palace Hotel, San Francisco, the same pattern later was used by other Buffalo China commercial clients. This pattern was also made for the Palace Hotel by Bauscher and Shenango.

White body with a border featuring pendants, swags and bows in black, gray and brown colors.