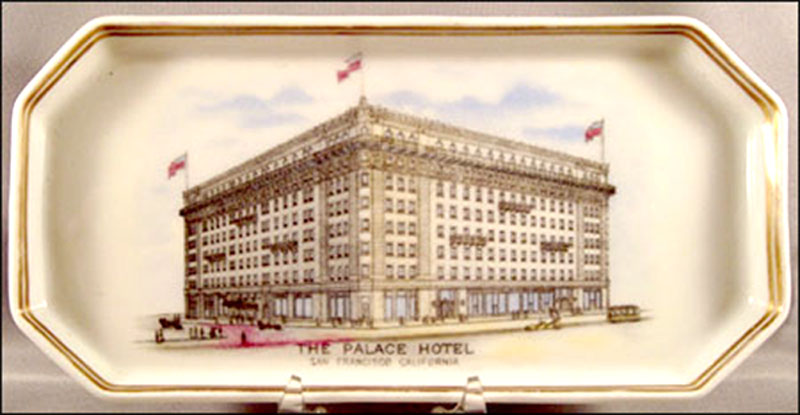 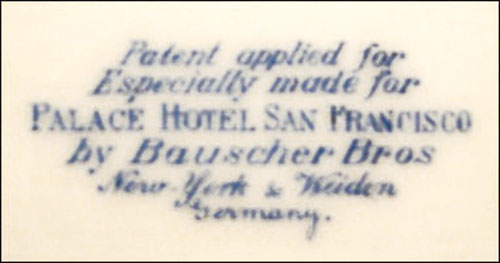 White body with full color center image of the new Palace Hotel, with gold stripes around the rim.