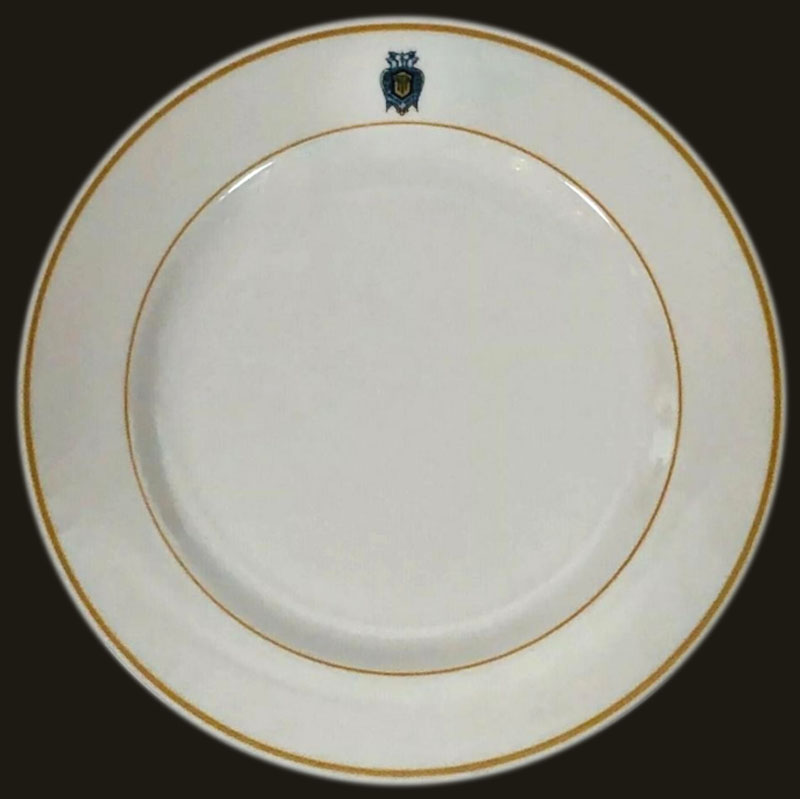 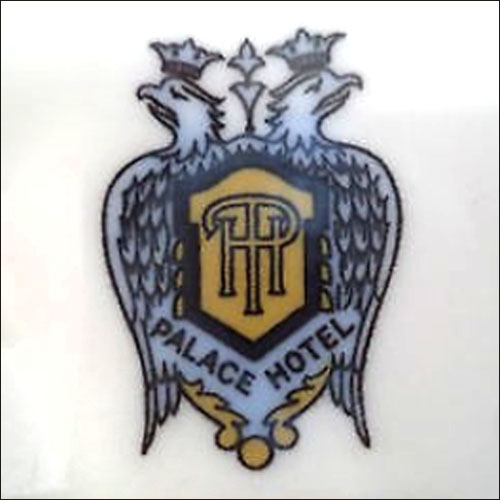 White body with two mustard-colored stripes on the outer and inner rims and a topmarked doubleheaded eagle crest in black, gray and mustard colors. The letters "PH" are at the center of the shield, supported by the eagle's wings and the words "Palace Hotel" appear beneath the shield.