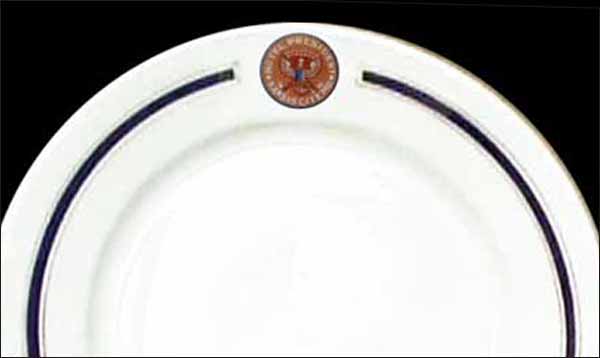 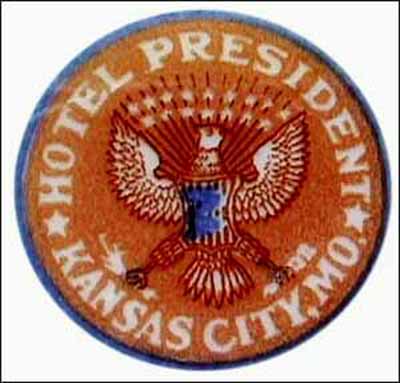 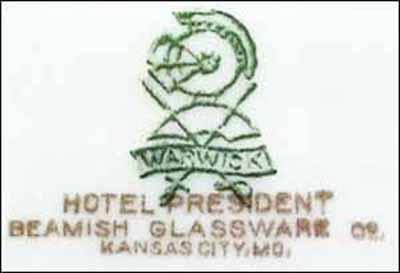 Deep blue and yellow lines and bands on the rim of white plate, broken by round seal in deep amber or gold with blue border of eagle with Hotel President and Kansas City.