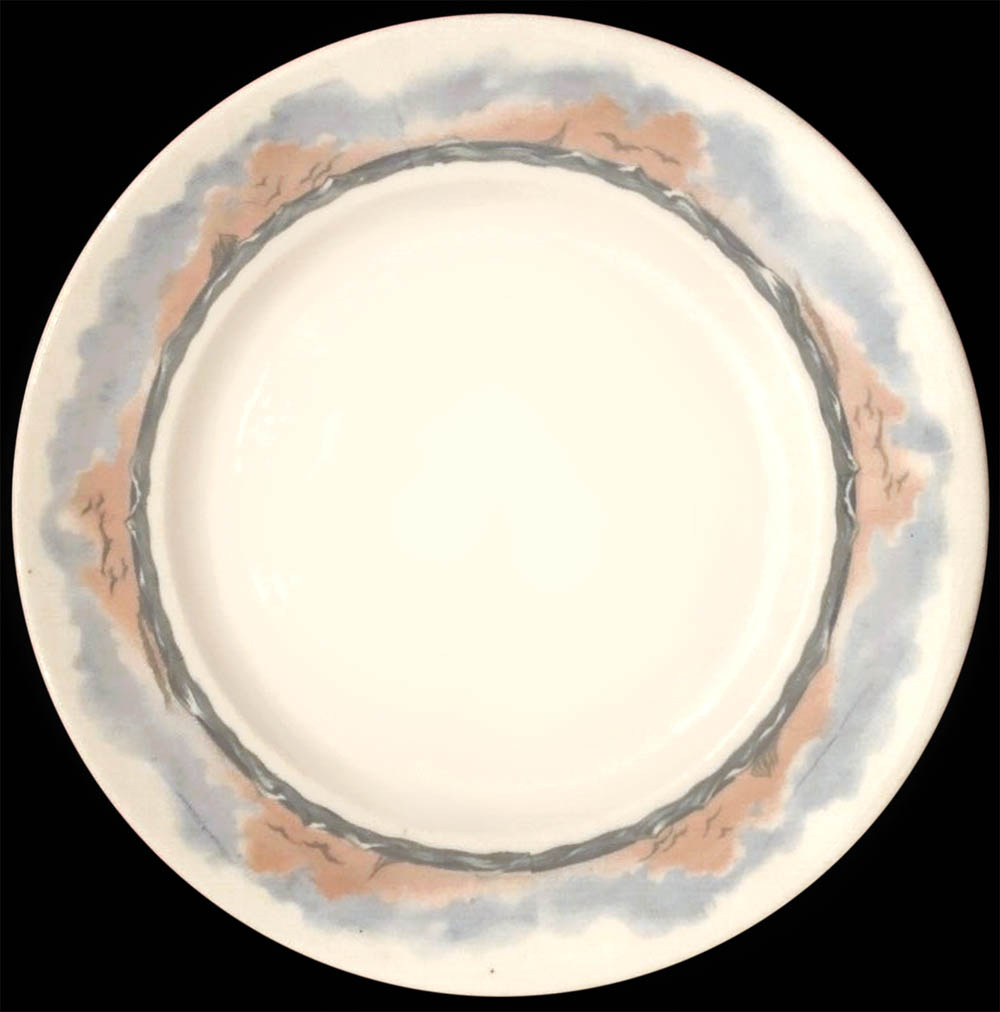 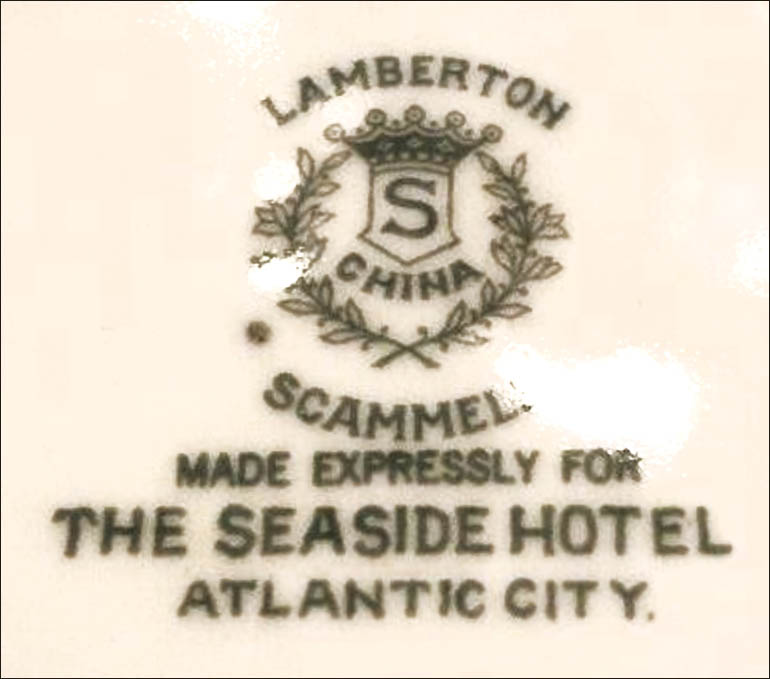 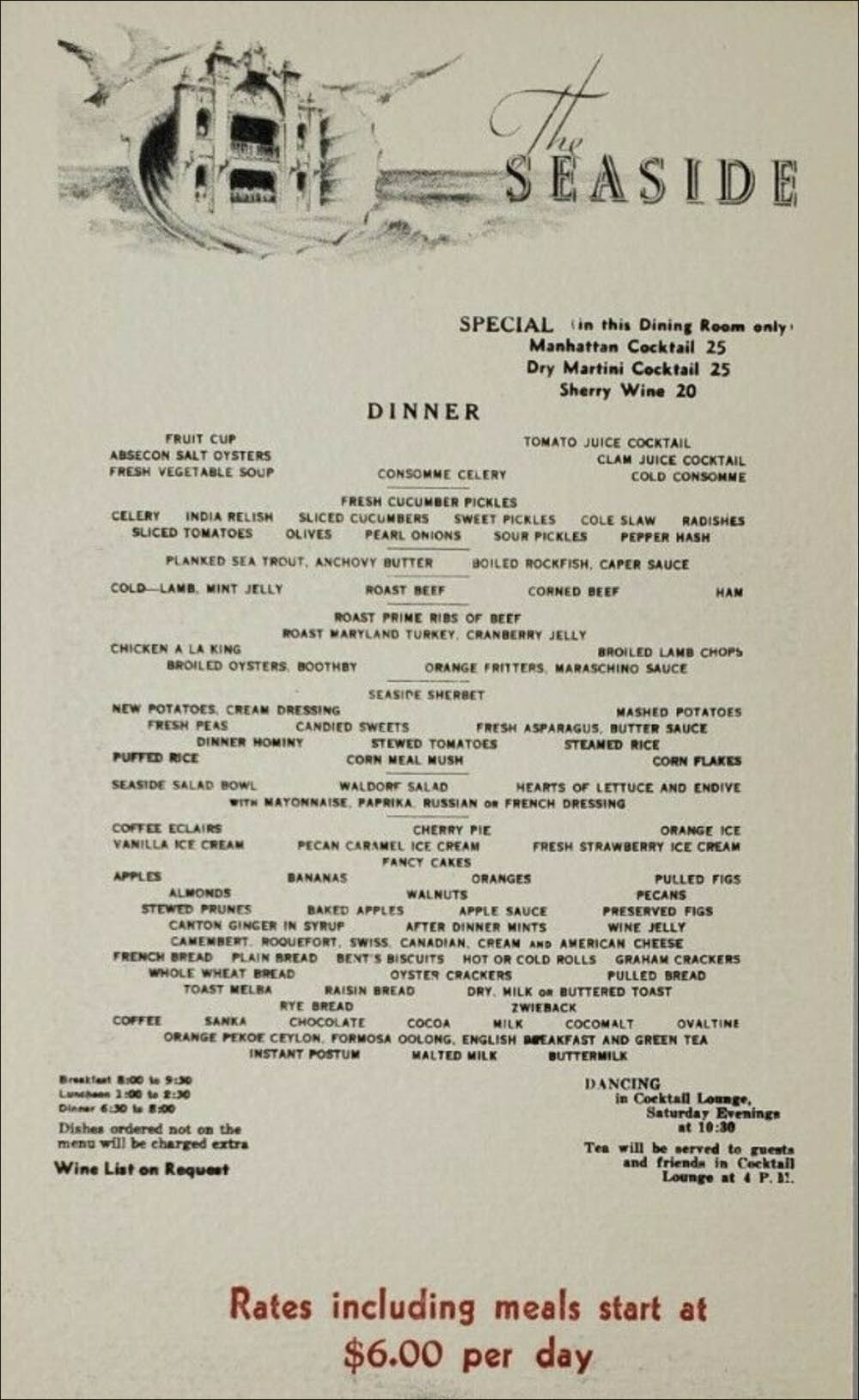 Menu from the Seaside Hotel 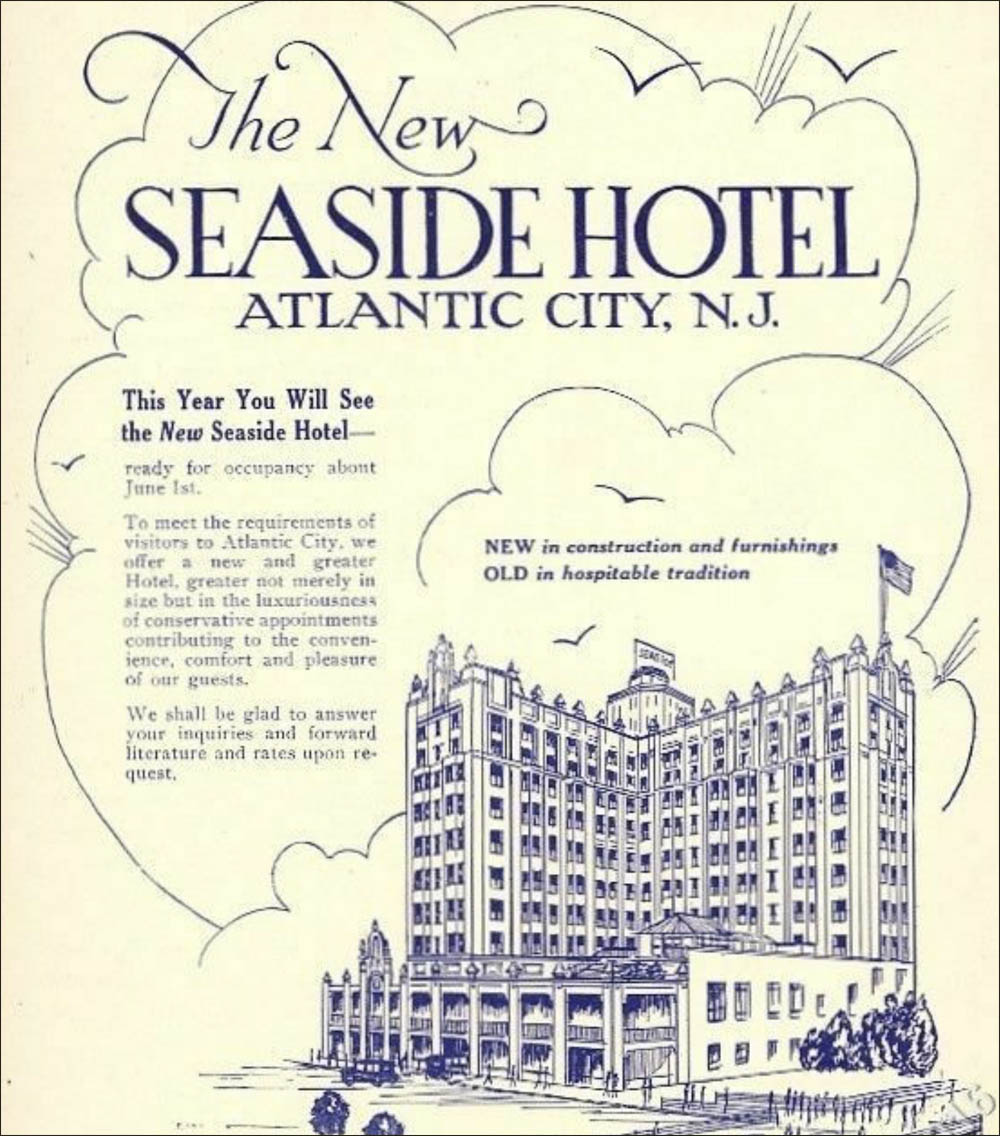 Notes:  The new ten-story section of the Seaside Hotel, on Pennsylvania Avenue in Atlantic City, opened in 1927. It was taken over for military use in 1943. Around 1959, a three-story motel-style addition was built. In 1972, it was part of the Sheraton Hotels chain. The Seaside was demolished in 1984.

Scammell made a decal border pattern for the Seaside. This border has green waves with white caps near the verge, pink clouds, blue sky, flying seagulls, a few sailboats, and even a steamship on the horizon. It is backstamped "Made Expressly for The Seaside Hotel Atlantic City." "Expressly" does not mean "exclusively" so this pattern could have been ordered by other customers.