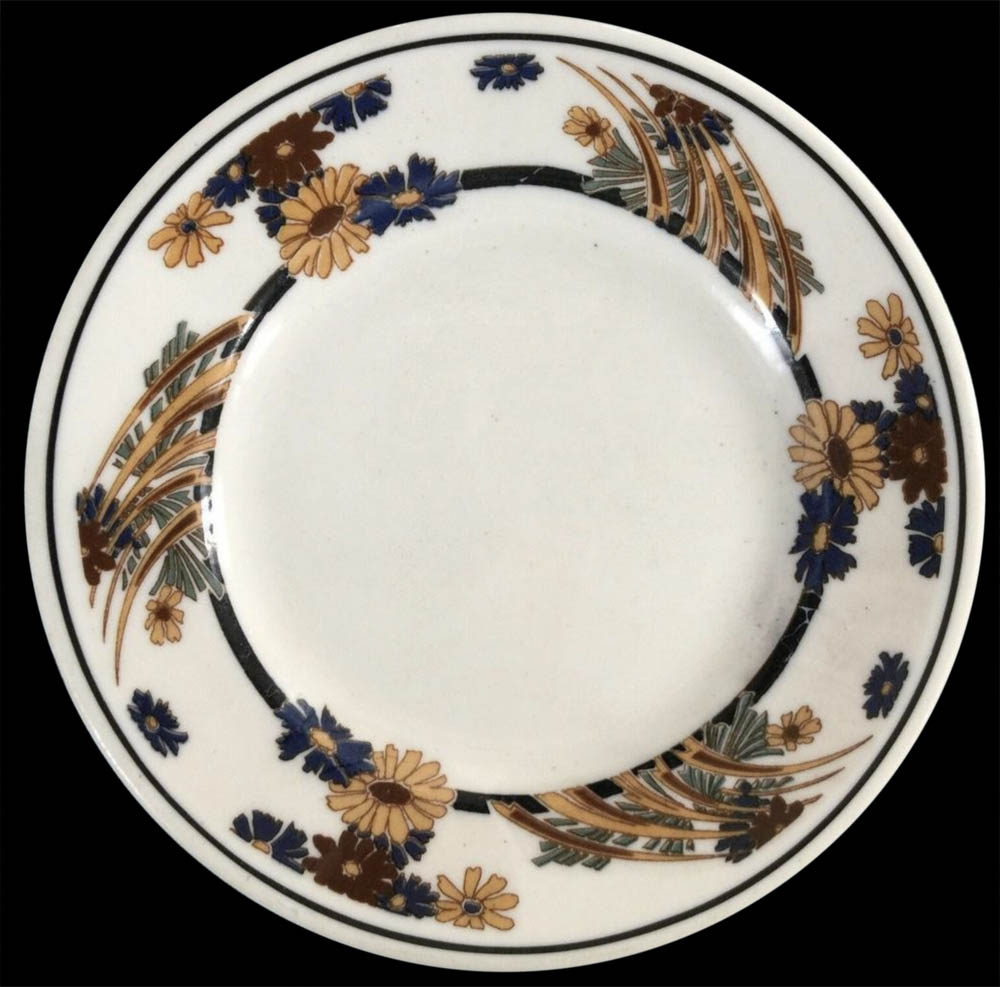 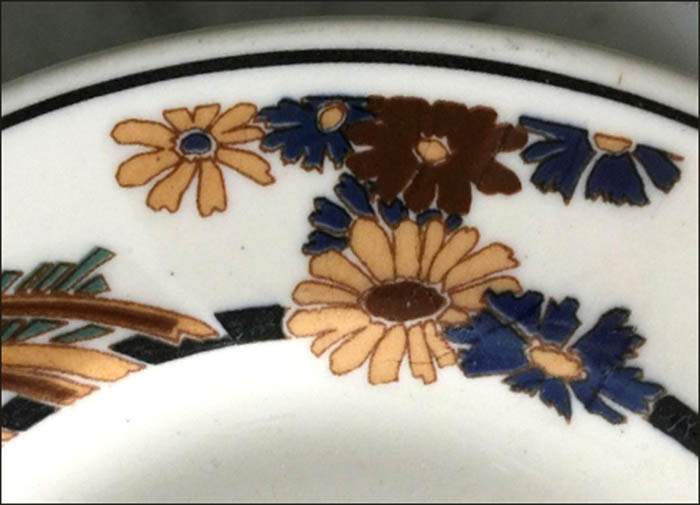 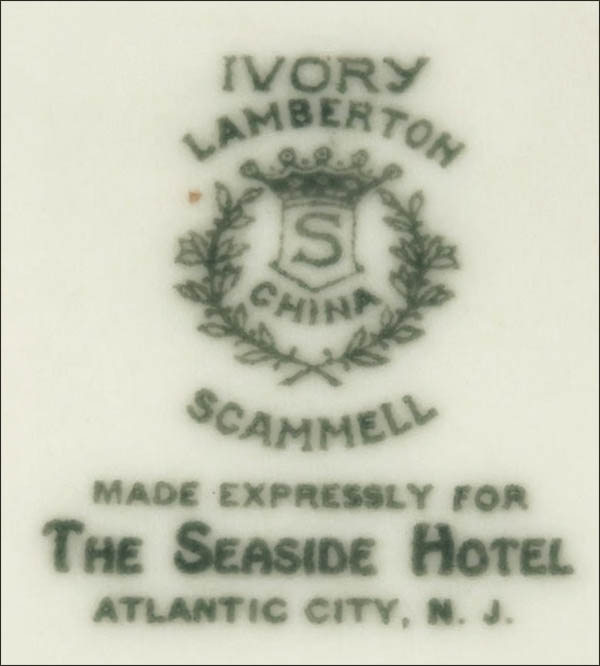 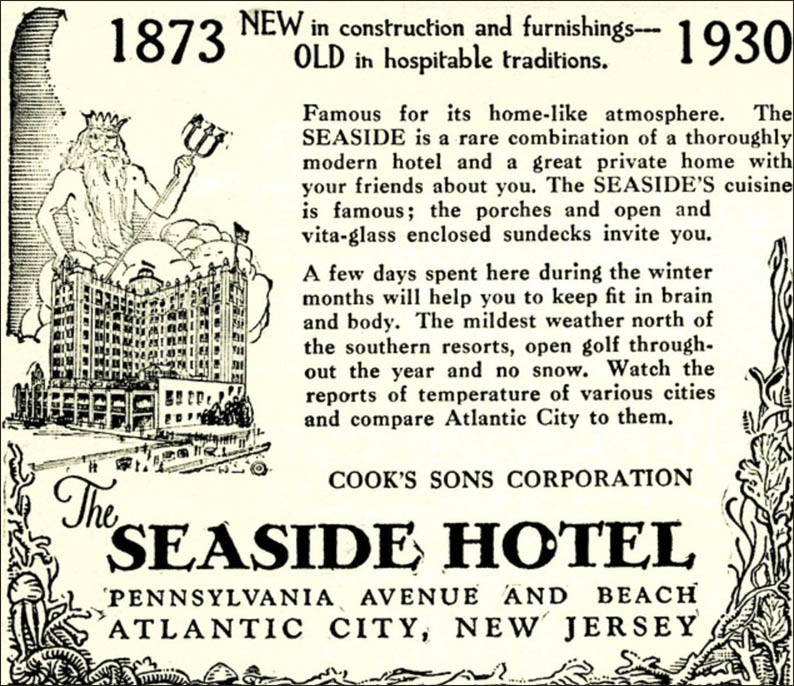 Notes:  The new ten-story section of the Seaside Hotel, on Pennsylvania Avenue in Atlantic City, opened in 1927. It was taken over for military use in 1943. Around 1959, a three-story motel-style addition was built. In 1972, it was part of the Sheraton Hotels chain. The Seaside was demolished in 1984.

Scammell made a stylized floral decal border pattern for the Seaside. There are orange, blue and dark red flowers, along with green clusters that might be pine needles.  and orange and red curved spiky things. They are connected at the verge with a black line, and there is a black pin line at the verge. Scammell made this service on Ivory Lamberton China which is back stamped with the Seaside name. This border was made for other customers and with different color pin lines at the rim.