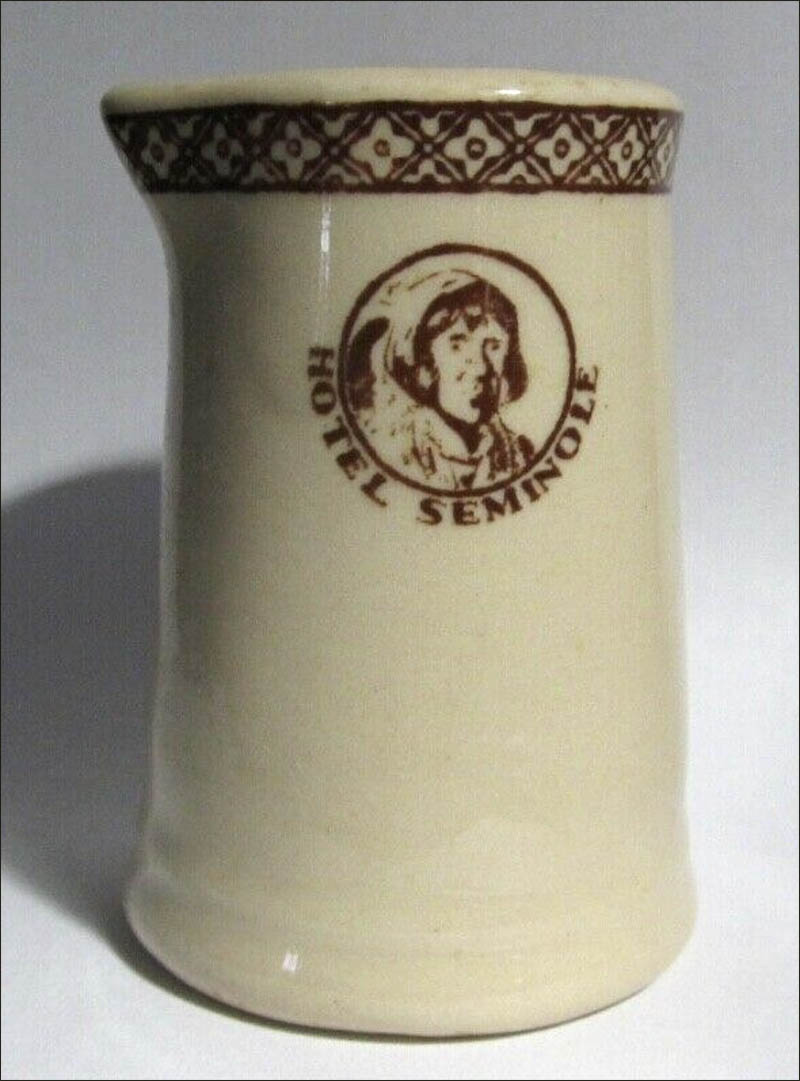 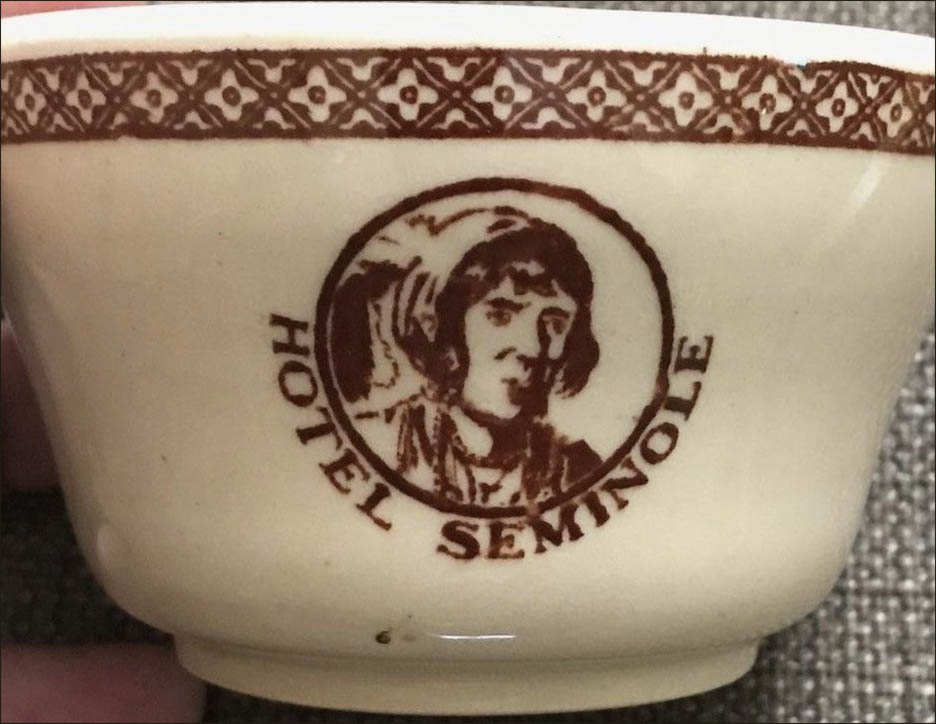 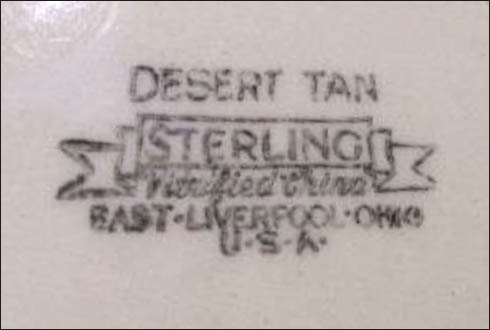 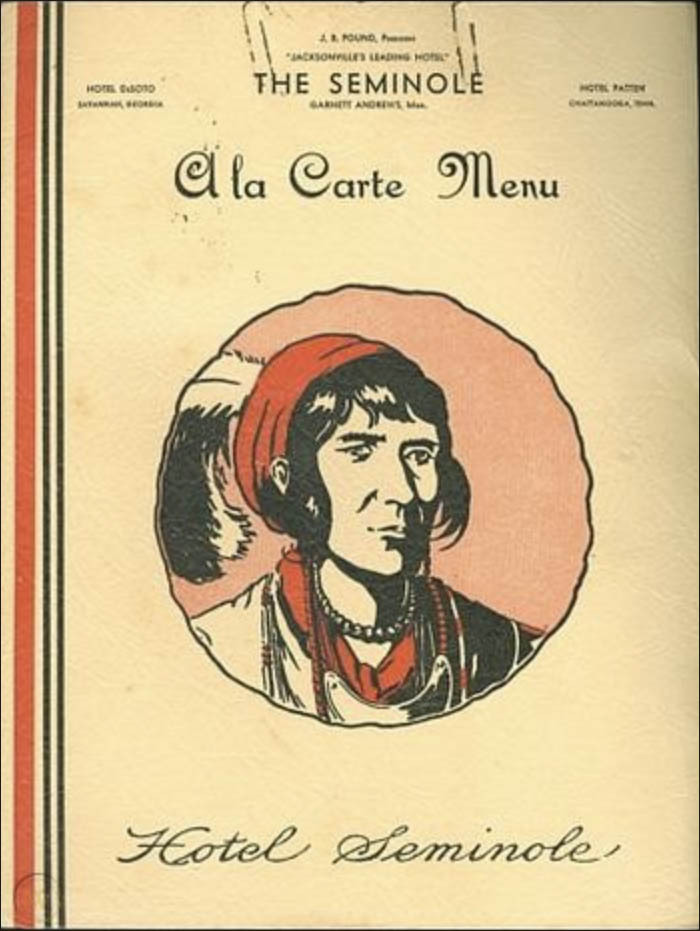 Front Cover of Menu for the Hotel Seminole 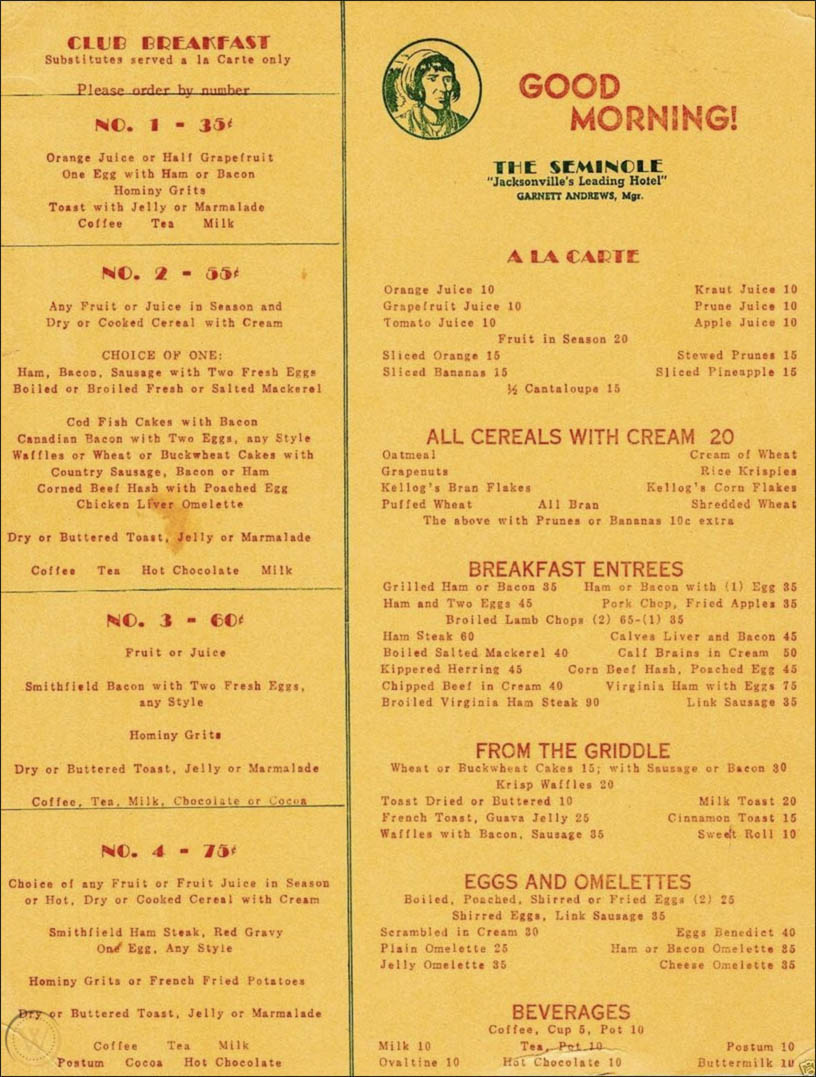 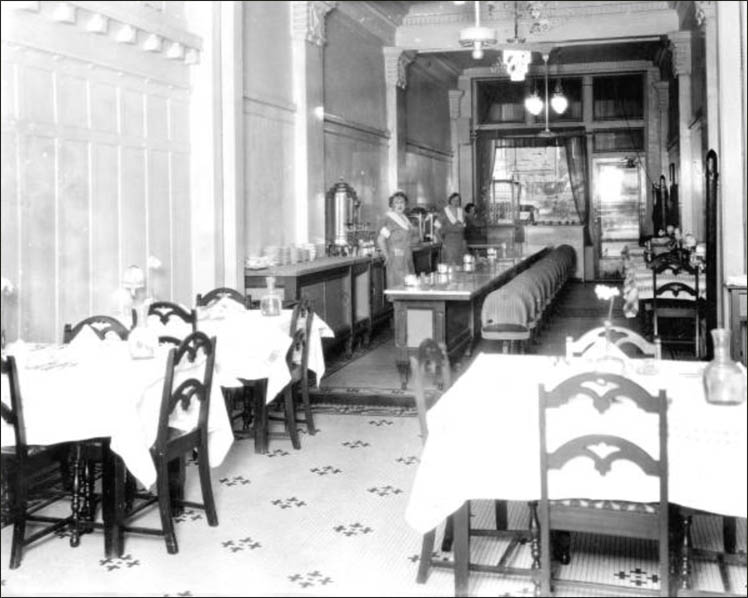 Around 1930, the Hotel Seminole logo was redesigned. The new bust is Seminole Chief  Osceola in a slightly right facing profile, within a circle. This new logo was used on a china service that Sterling made on Desert Tan base. The brown transfer crest is below a brown rim border.