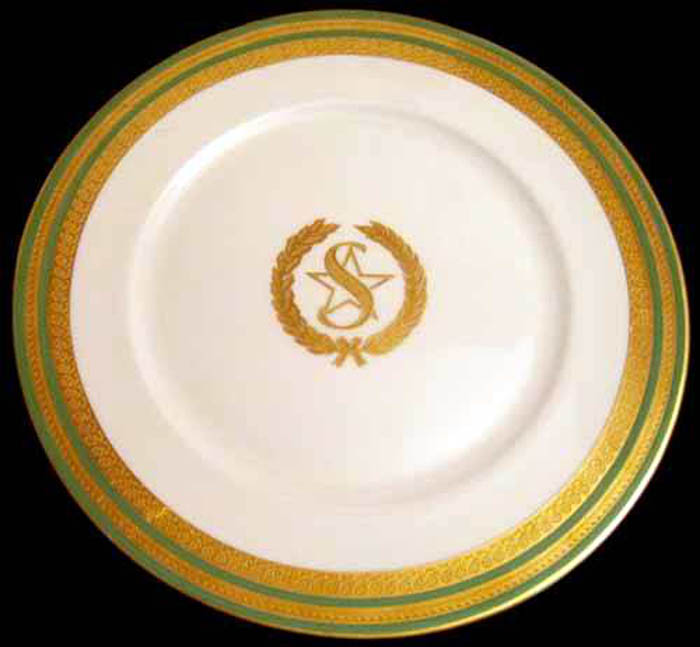 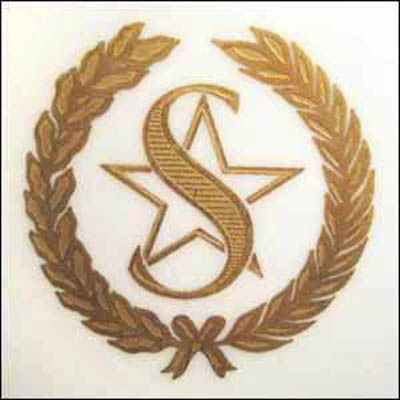 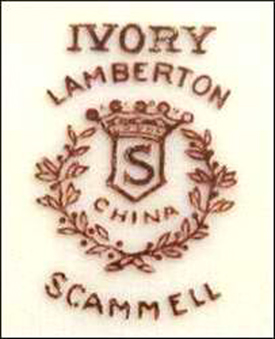 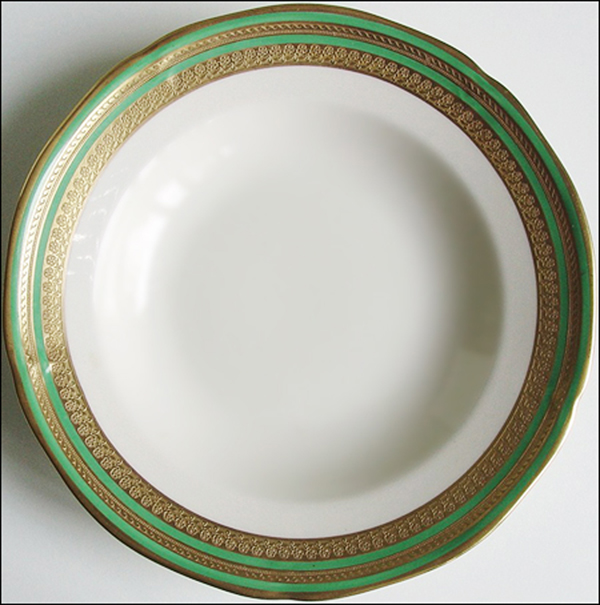 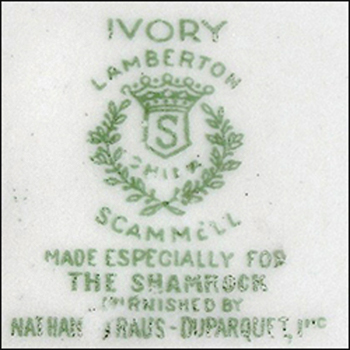 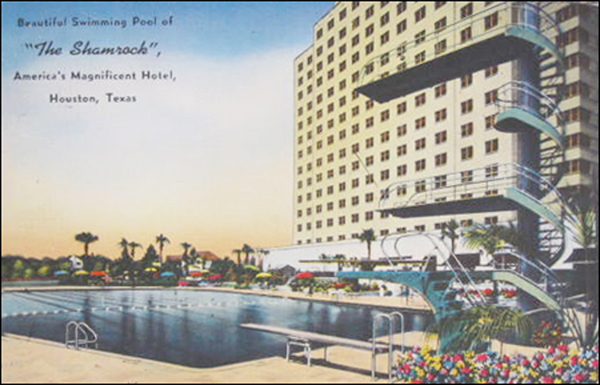 Lamberton China Ivory Body with kelly green border and three bands of coin gold: one smooth, one wave and dot pattern, one botanical. Two variations shown below: an 11" service plate with the Shamrock logo in coin gold in the well of the plate and a bowl without the topmark.