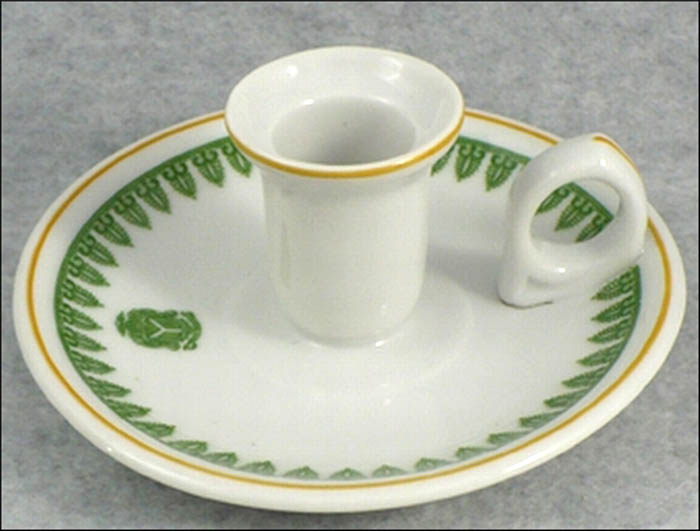 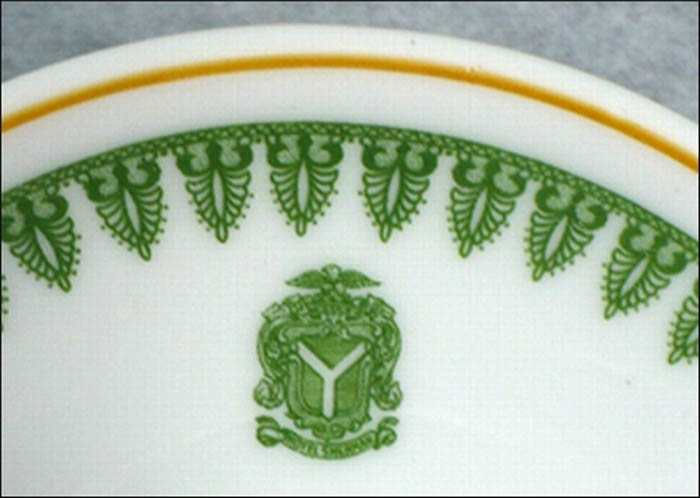 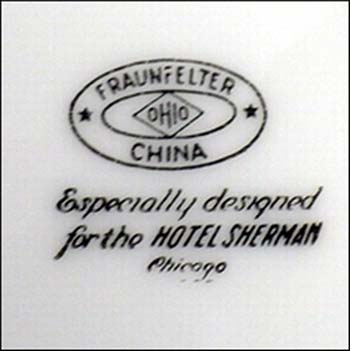 White body with golden yellow line and green ornamental border decoration; topmarked in green with the Y shield logo and marked Hotel Sherman in a banner beneath.