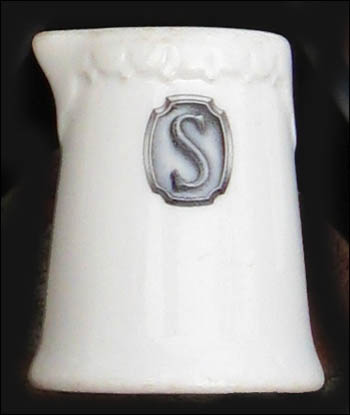 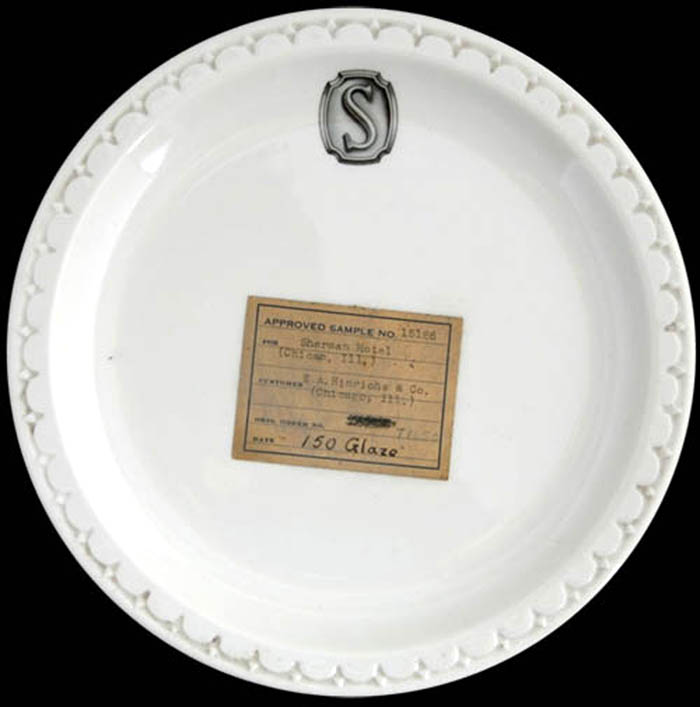 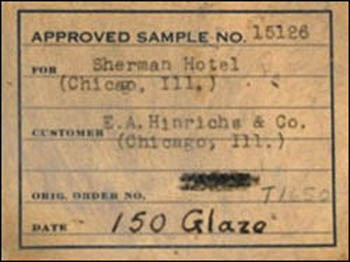 Notes: The first Sherman Hotel was built in Chicago in 1844 and was destroyed in the great fire of 1871. It was rebuilt, but by the turn of the century the Hotel Sherman began to lose its luster and popularity and gained a reputation as the "deadest hotel" in town.

The hotel was acquired by Joseph Byfield, and by 1904, the new, improved Hotel Sherman and its famed restaurant were the talk of the town. Byfield brought jazz to Chicago, and for the next 30 years all the greats played at The College Inn. Buoyed by the new business, Byfield invested several million dollars in new construction at the hotel.

In 1911, the main structure was rebuilt, followed by an additional $7 million, 23-story expansion in 1925 that brought the total room count to 1700. The great hotel closed in 1973, marking an end to the oldest, continuous operating hotel in Illinois. In 1980, the hotel was demolished and the site is now occupied by the Thompson Center, formerly the State of Illinois Center.

This plate and creamer both have white bodies on the Econo-Rim shape. Their only decoration is an embossed S within a rounded, eight-sided shield; the rim of the shield is similarly embossed – all with gray decoration.

The plate – a sample – was Syracuse's order #15126. We can assume by the appearance of the creamer in a different location that an order was placed and the pattern was manufactured for the hotel, but it is not known at what restaurant, bar or coffee shop, for example, it might have been used within the hotel.