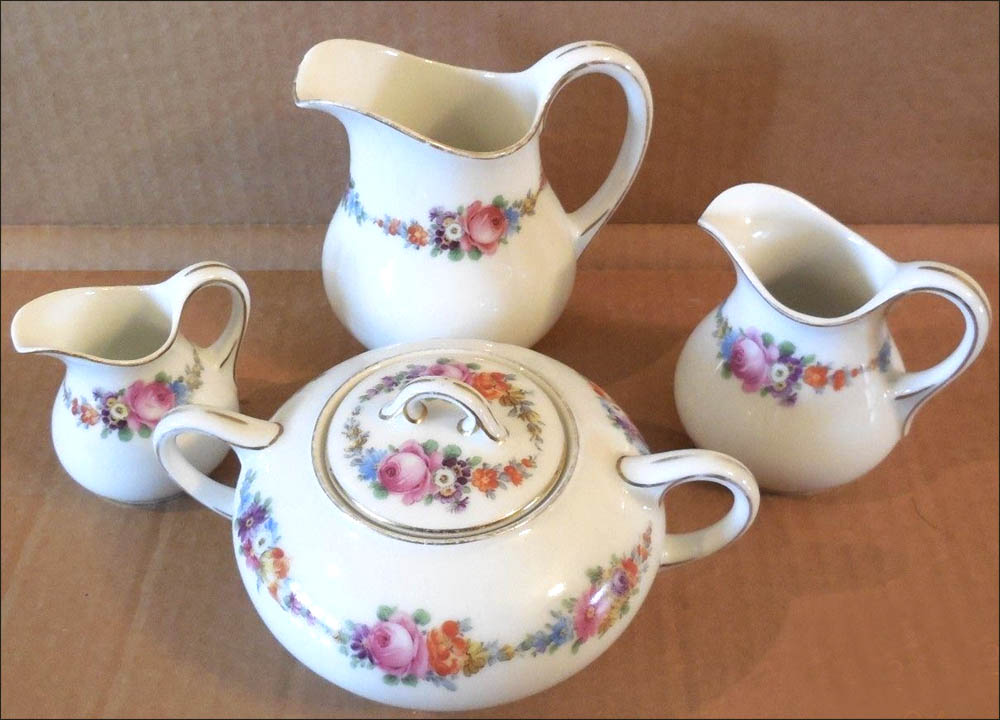 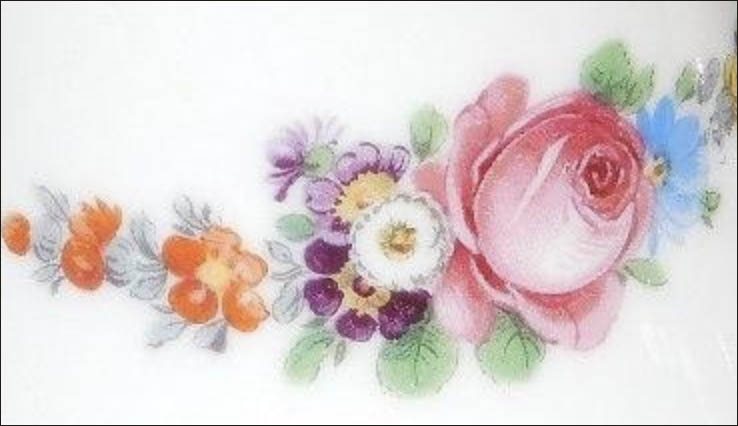 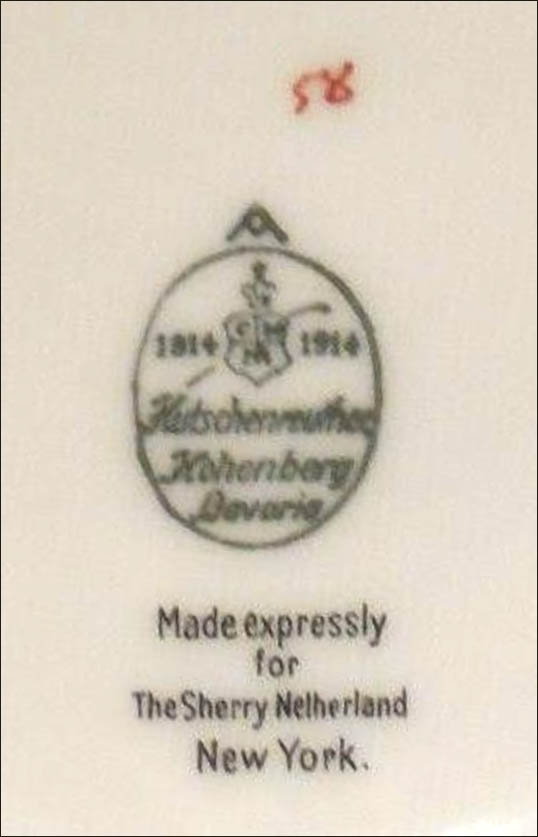 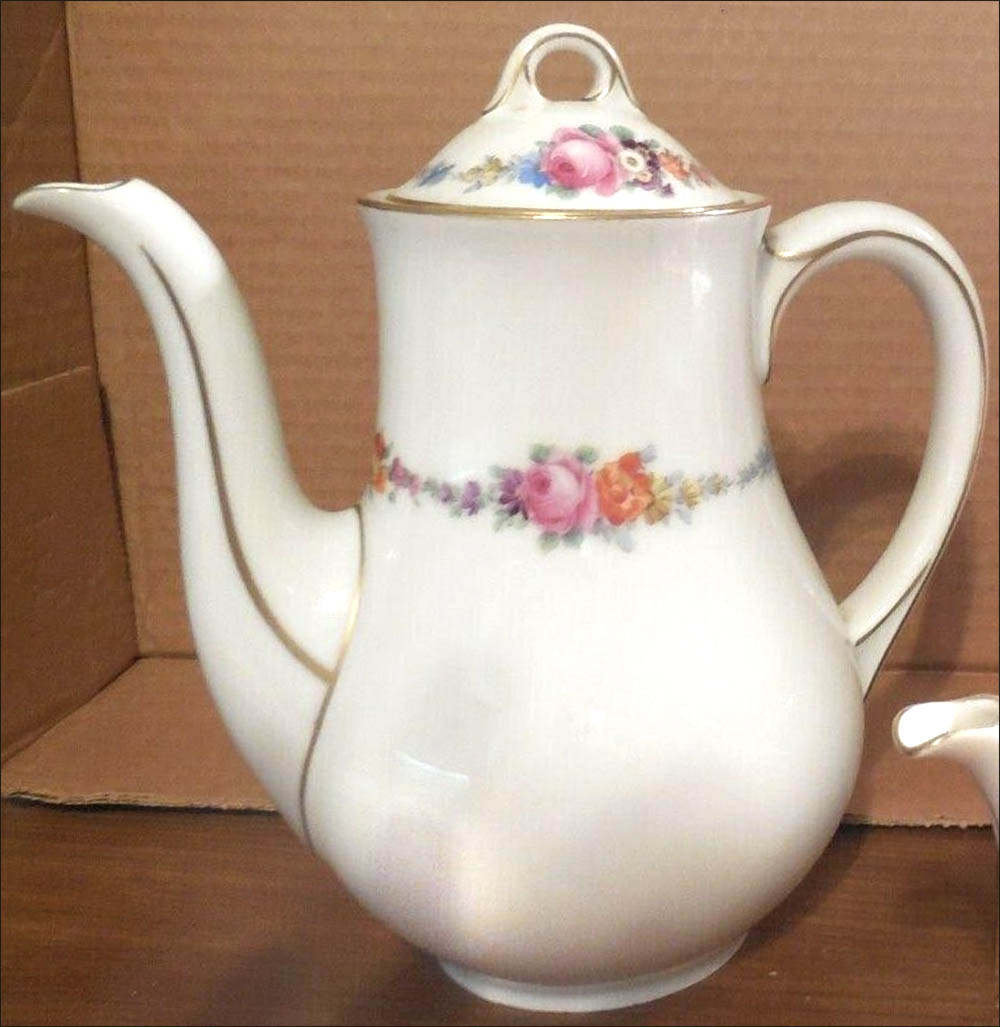 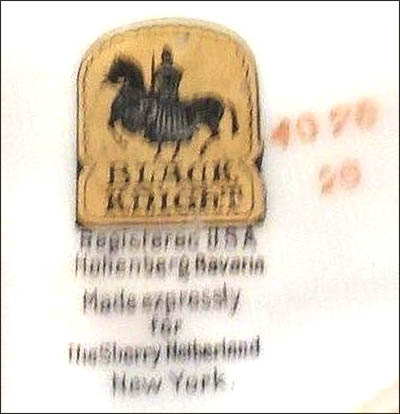 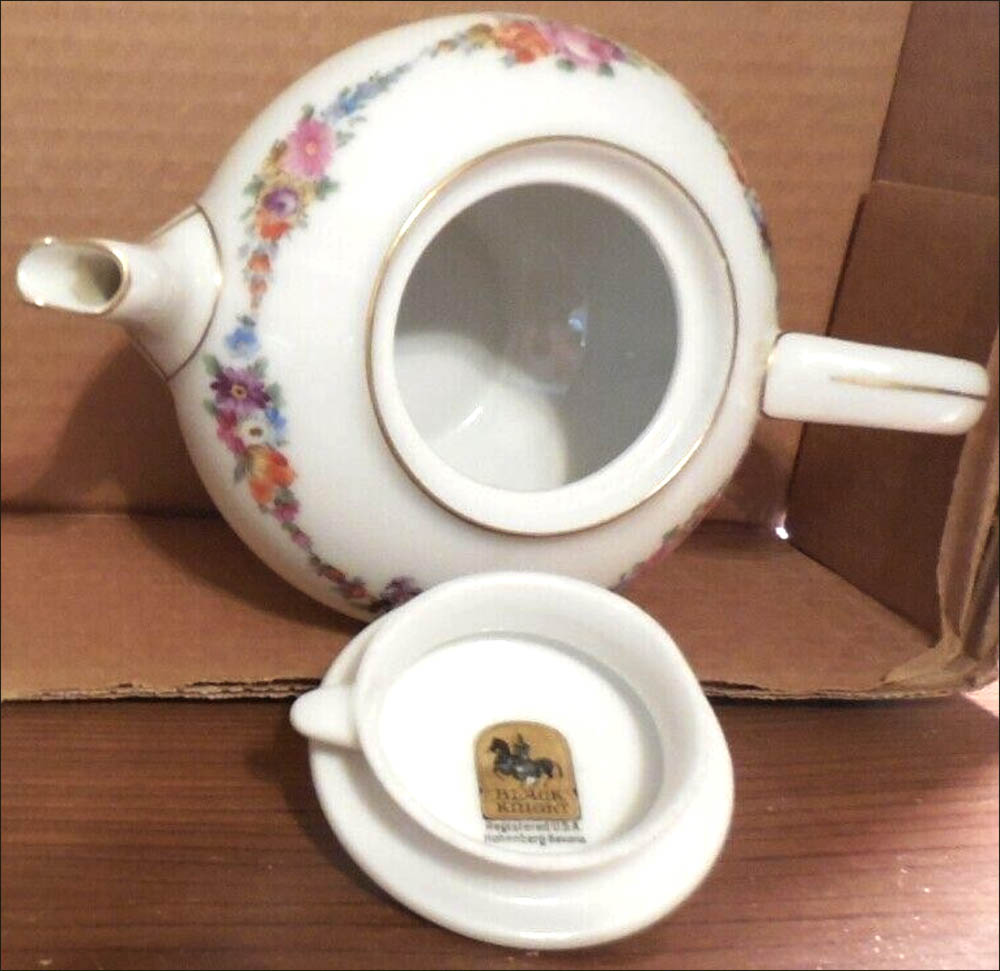 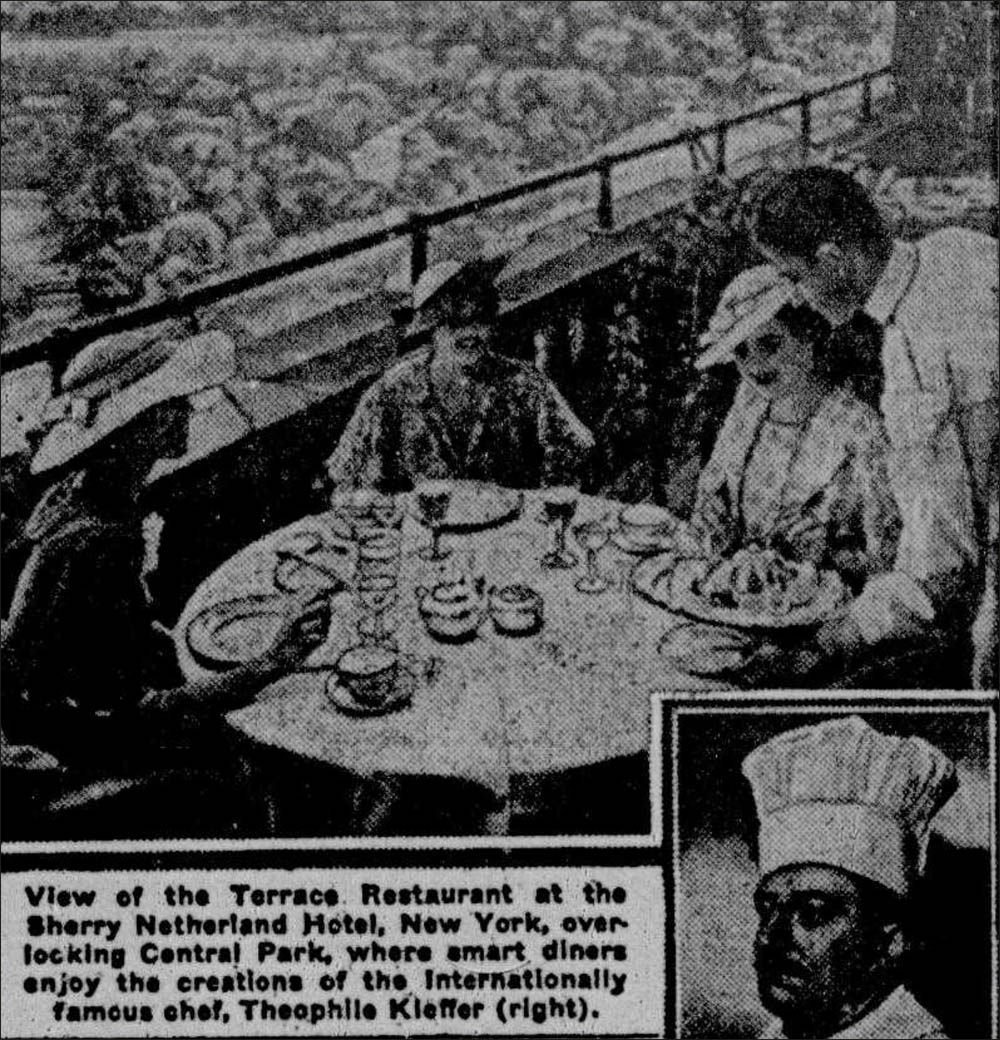 1934 View of the Terrace Restaurant at the Sherry-Netherland Hotel 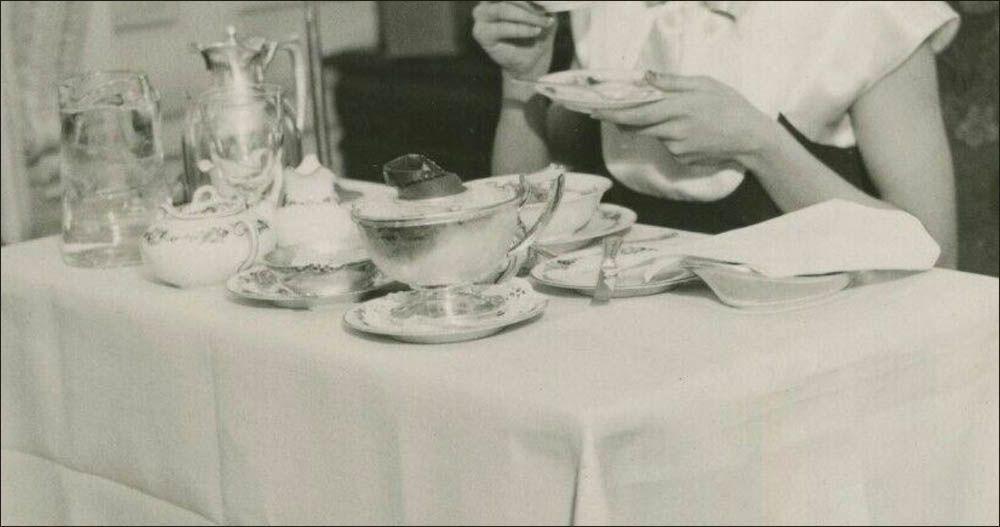 Hutschenreuthers Black Knight produced a china service decorated with a floral decal border. This border has clusters of large flowers, including pink roses, that are flanked by small flowers and leaves. On the coffee and tea pots the makers mark is inside the lid. 1930s newspaper photographs show this pattern being used to serve meals in guest rooms and at the outdoor Terrace Restaurant. When WWII began importation of German-made hotel china ended.