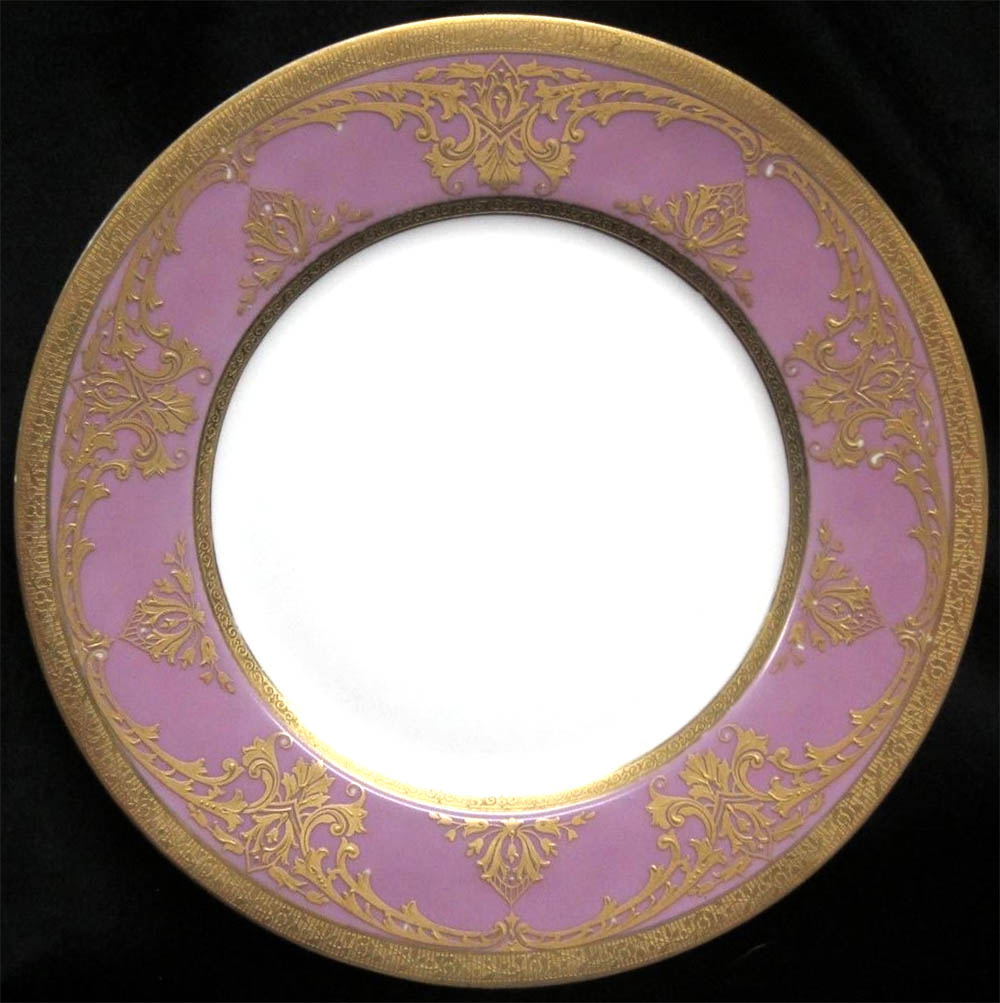 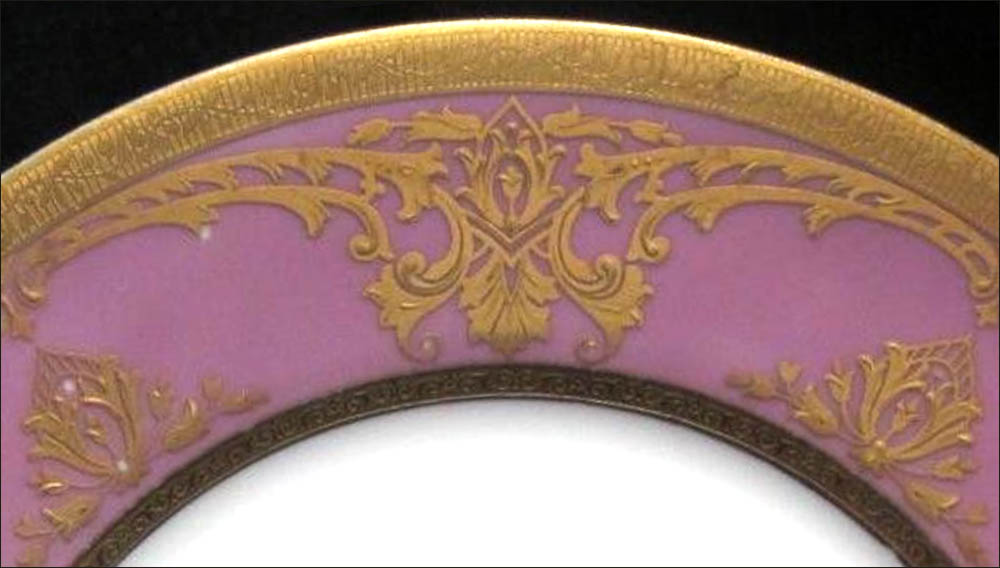 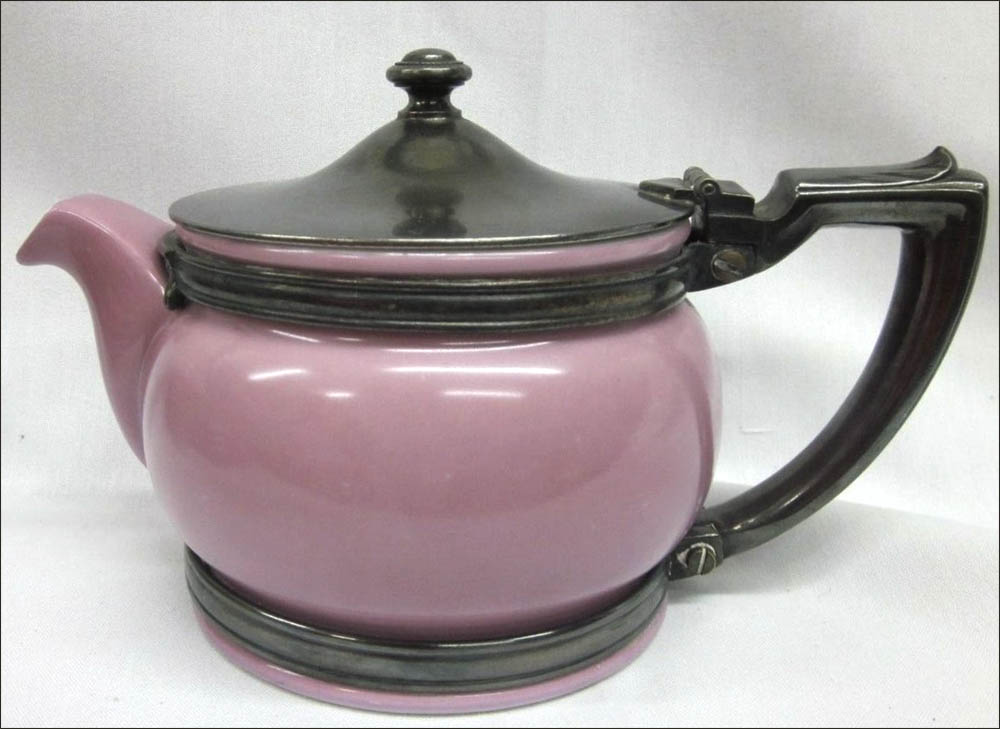 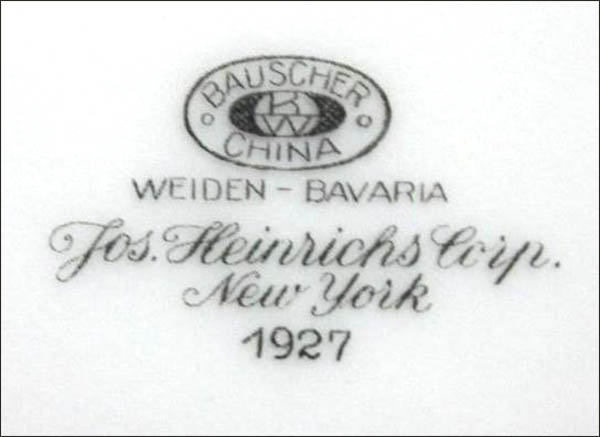 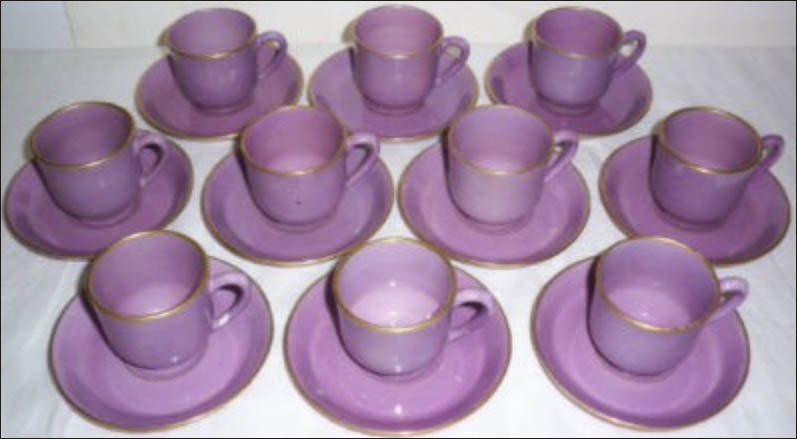 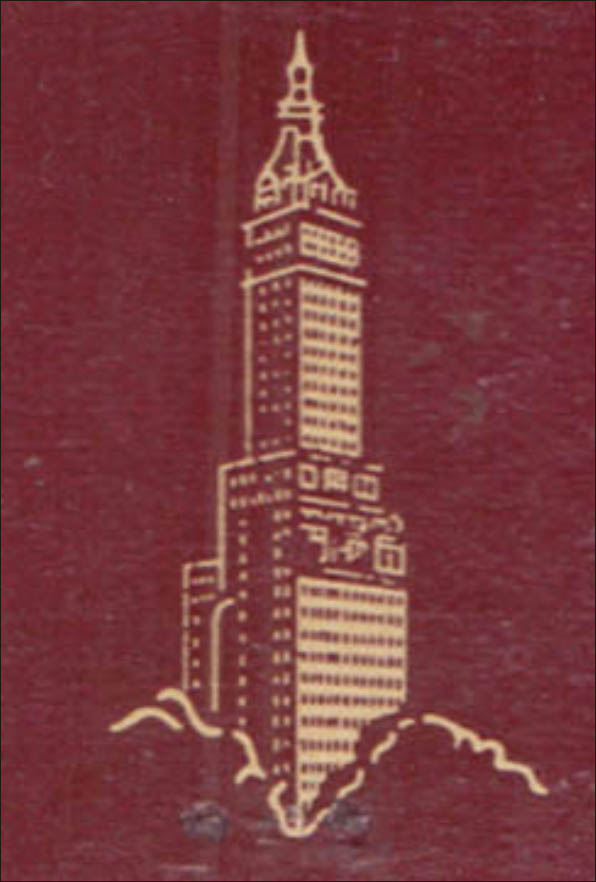 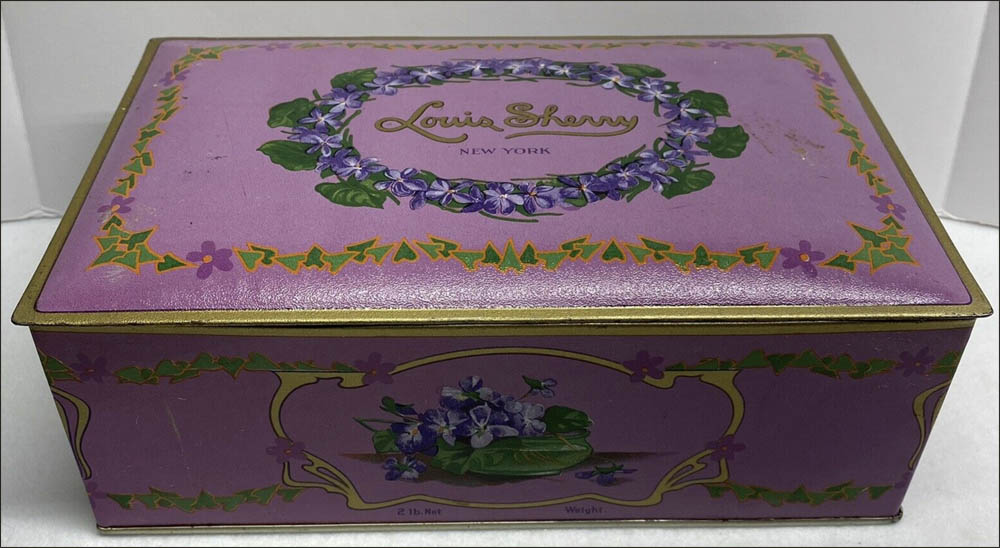 Bauscher China, of Weiden, Bavaria, and Scammell China of Trenton produced a china service for Sherry-Netherland with a purple glaze. The 11" plates have a coin gold scroll design over the full purple border. There are etched coin gold rim and verge bands. The central section is white. These plates were distributed by Joseph Heinrichs Corp, of NYC, and are dated "1927." They are not marked with the hotel name but match other pieces that are. Bauscher also made teapot inserts with an overall purple glaze, which went in silver-plated frames by International Silver Company.  The one known insert is dated "1928." Scammell made a Lamberton China service that is totally glazed in purple, with coin gold rim lines. The glaze color matches the color used on tin Louis Sherry chocolate boxes.