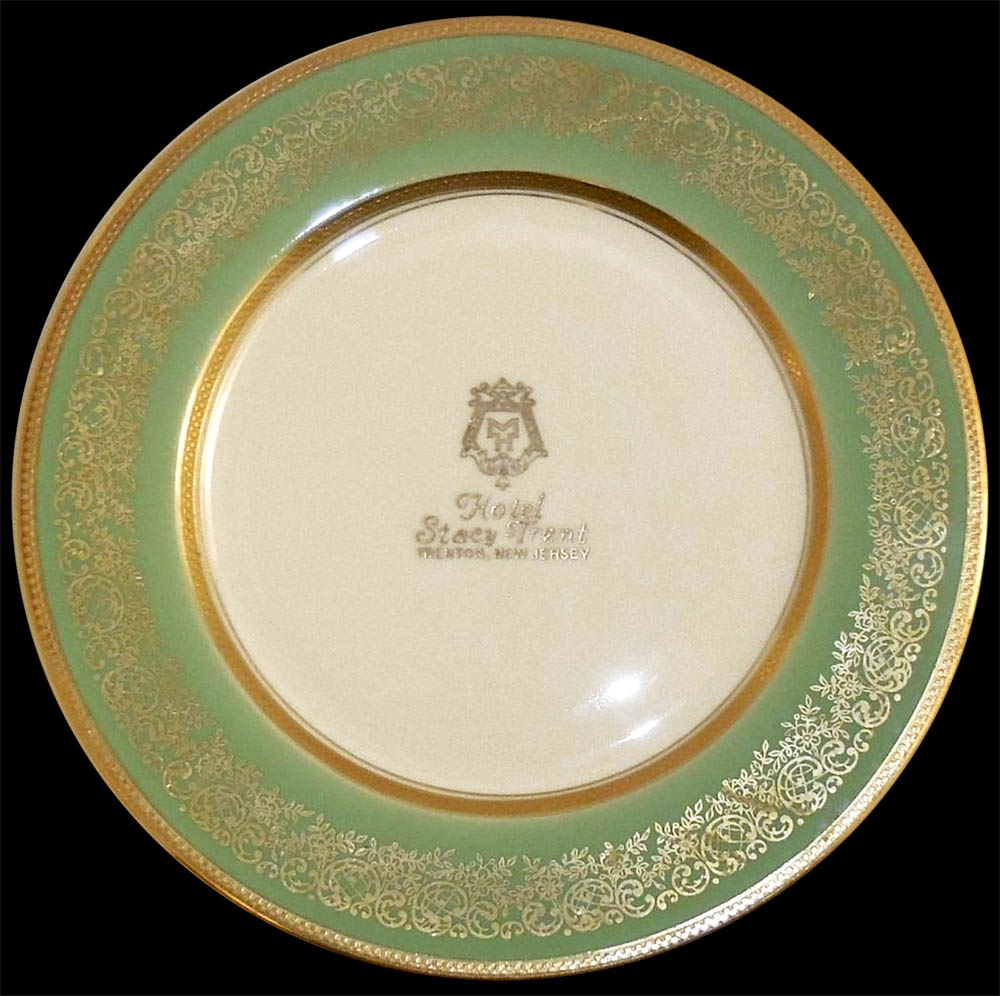 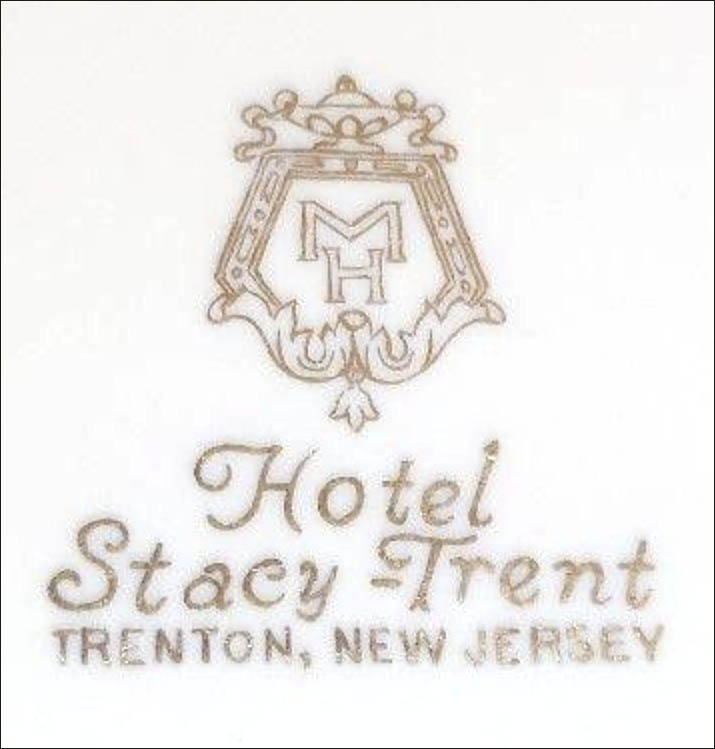 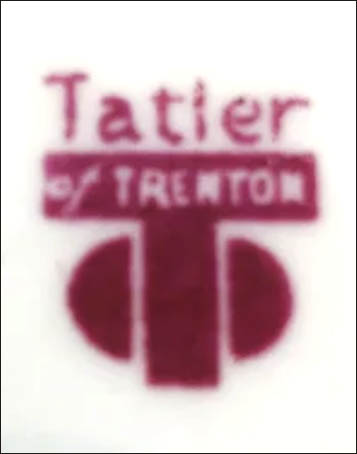 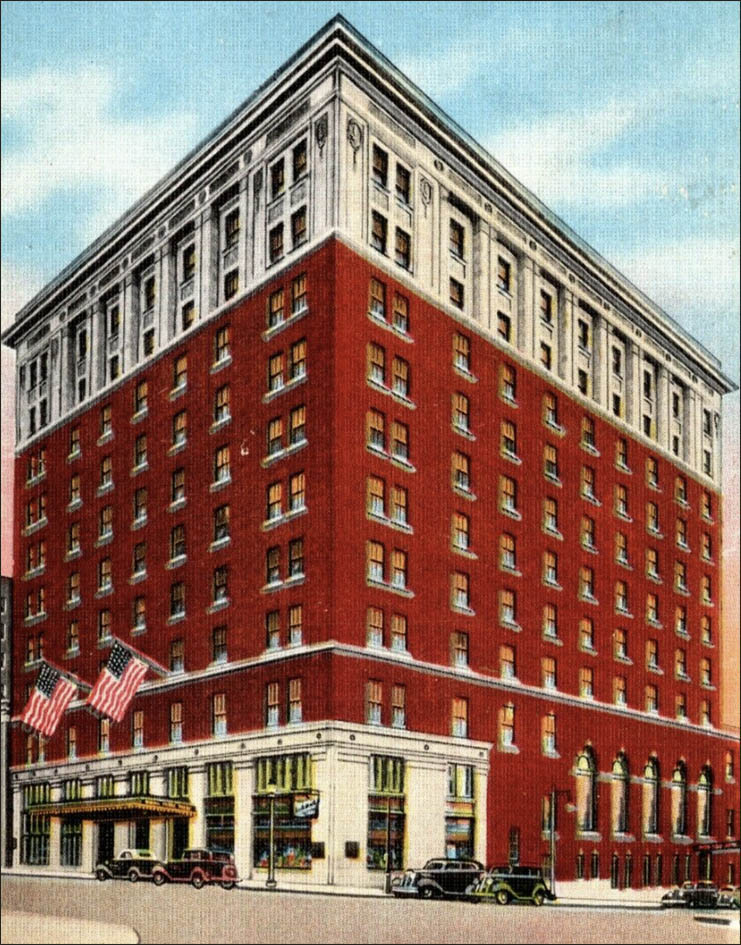 Notes: The Stacy-Trent Hotel, on the corner of State and Willow Streets in Trenton, New Jersey, was named for Mahion Stacy, the first settler, and William Trent, who laid out the town. This 11-story, 250-room hotel opened September 21, 1921. It contained a 40' by 76' main dining room overlooking the park, on the lobby floor.  The mezzanine floor contained a 36' by 110' banquet hall that seated 800, and three private dining rooms, one of which was named the "Japanese Room." The coffee shop was located in the basement.  There was a crockery storage room in the basement near the loading platform, and china storage areas in the kitchen.

After the Robert Meyer Hotel Company took over management in 1935, a new 10 1/2" service plate was made for the Stacy-Trent. This plate is crested in the center of the well with a coin gold frame containing "MH", with "Hotel Stacy Trent Trenton, New Jersey." The green border has overglaze coin gold scrolls and leaves.  There are acid etched coin gold bands at the rim and verge. Tatler of Trenton is the decorator of this china. Tatler purchased plain china from various makers, including Scammell, and then decorated the china for customers.