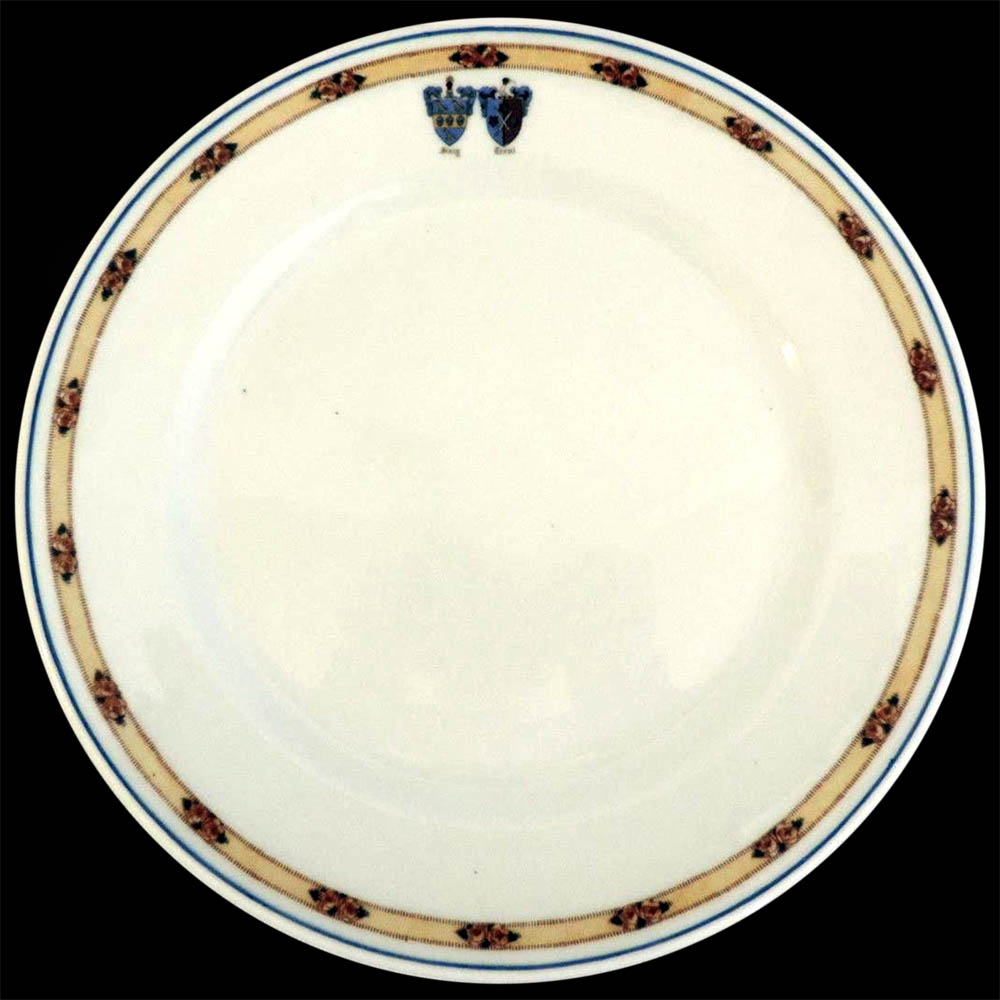 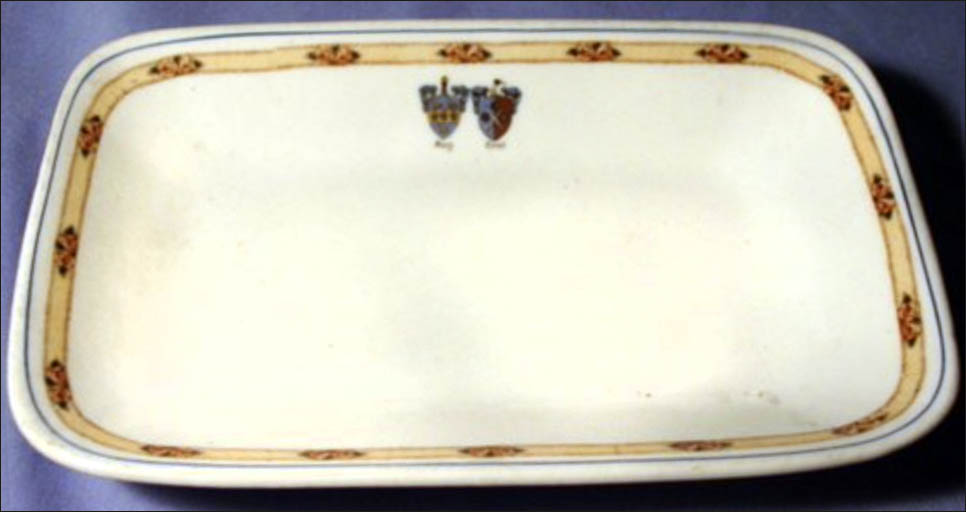 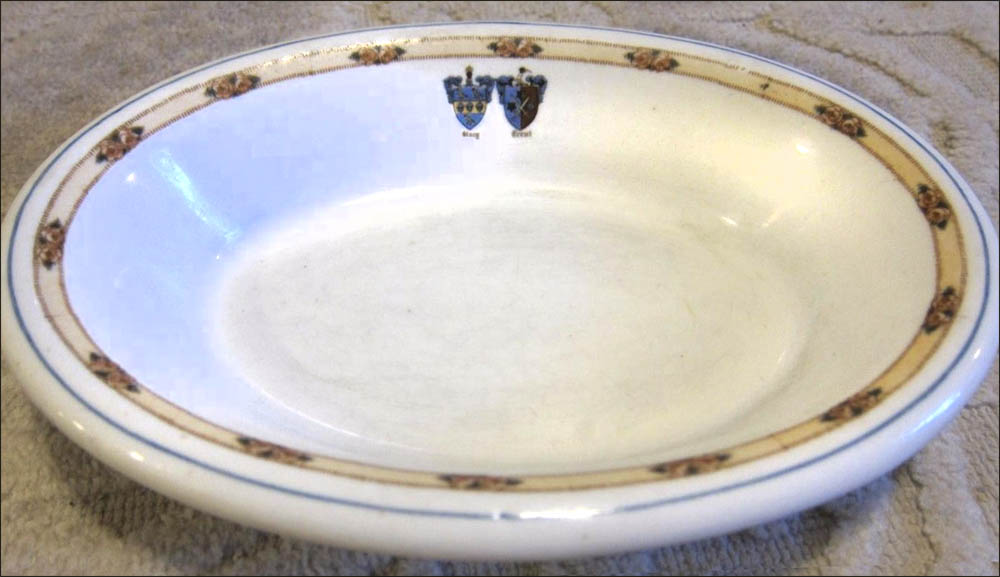 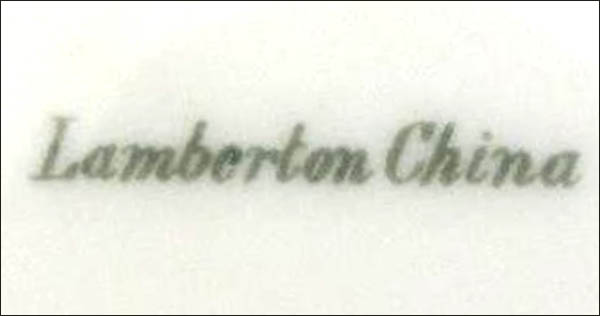 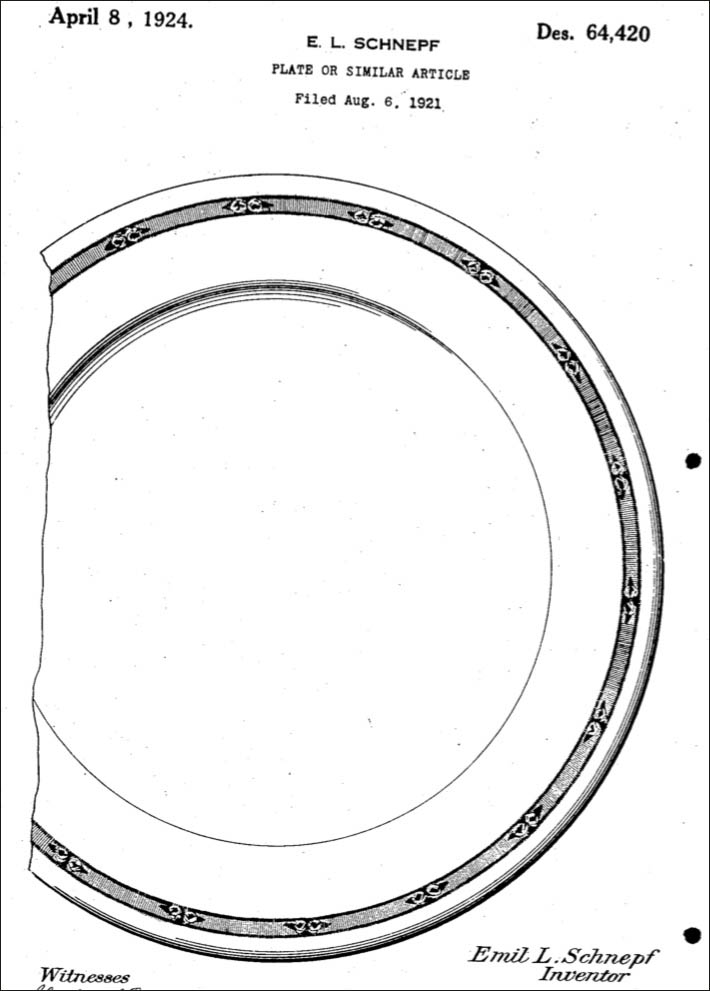 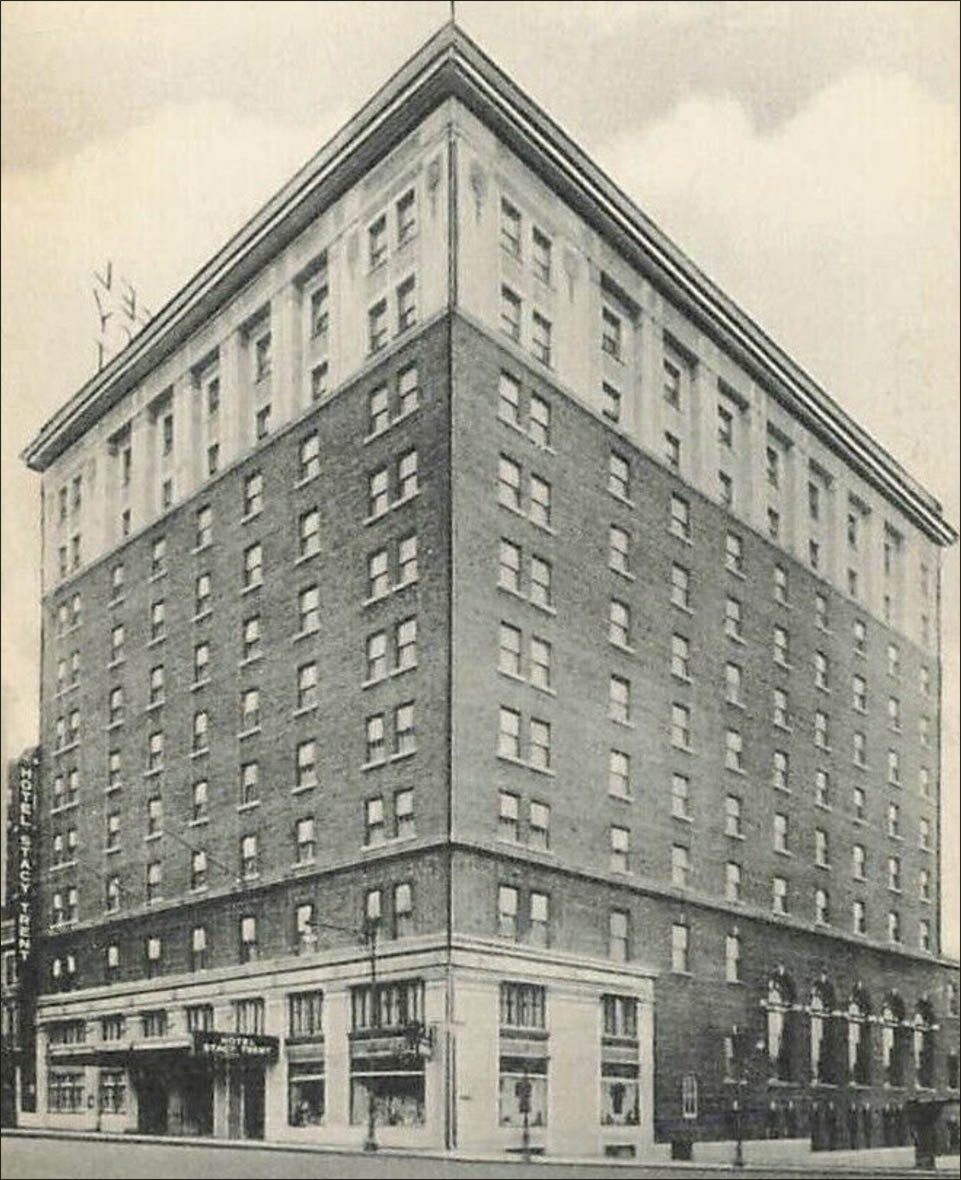 Notes: The Stacy-Trent Hotel, on the corner of State and Willow Streets in Trenton, New Jersey, was named for Mahion Stacy, the first settler, and William Trent, who laid out the town. This 11-story, 250-room hotel opened September 21, 1921. It contained a 40' by 76' main dining room overlooking the park, on the lobby floor.  The mezzanine floor contained a 36' by 110' banquet hall that seated 800, and three private dining rooms, one of which was named the "Japanese Room." The coffee shop was located in the basement.  There was a crockery storage room in the basement near the loading platform, and china storage areas in the kitchen.

Maddock Pottery got the contract to furnish most of the china for the Stacy-Trent, which is not unusual considering they were both located in Trenton. The order was for 45,000 pieces.

Emil L. Schnepf, the Lamberton Works head designer, created a border pattern for the Stacy-Trent that was patented April 8, 1924, (Des. 64,420). It is a yellow band flanked by brown that has the look of  needlework. Pairs of pink roses are spaced along the band. The Stacy and Trent coat-of-arms shield crest is below the border band. There is a blue pin line at the rim. Some pieces are done on Lamberton China base while others are on Trenton China base.  Maddock produced the original china order, and Scammell did reorders. William Scammell's circa 1925 contact book contains a list of reordered items. These are broken down into "General Service", "Room Service", and "Banquet Service." There is no indication if these are all the same border pattern or different patterns for the various locations.