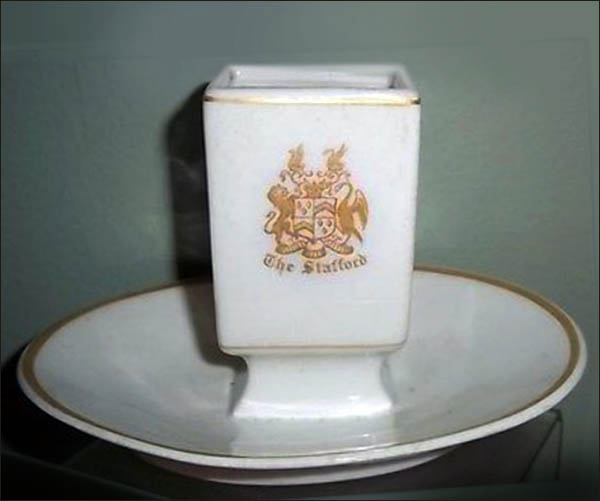 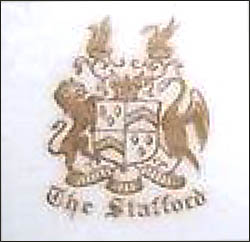 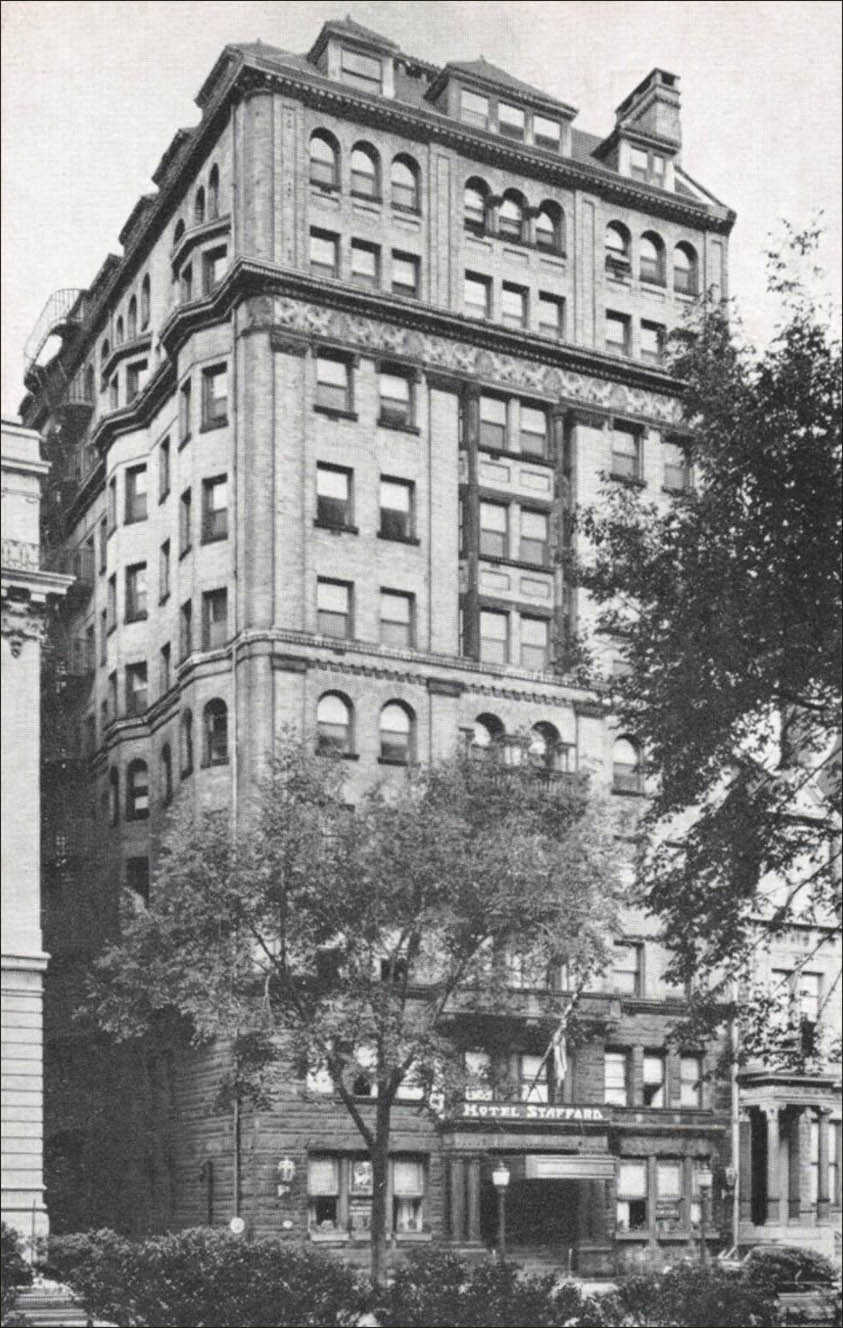 Maddock produced several patterns for the Stafford.  The Stafford shield crest in coin gold was used on Lamberton China produced by Maddock. This may be the pattern used in the hotel bedrooms.