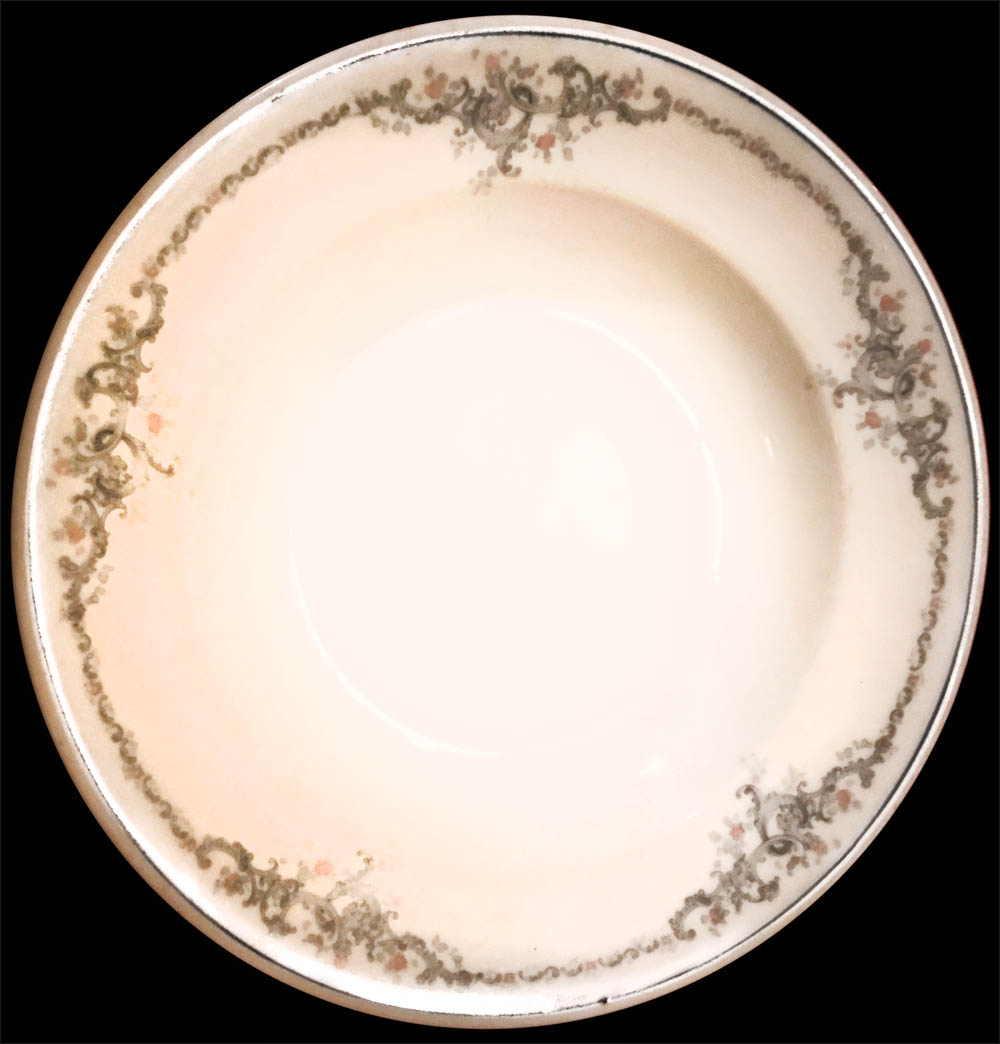 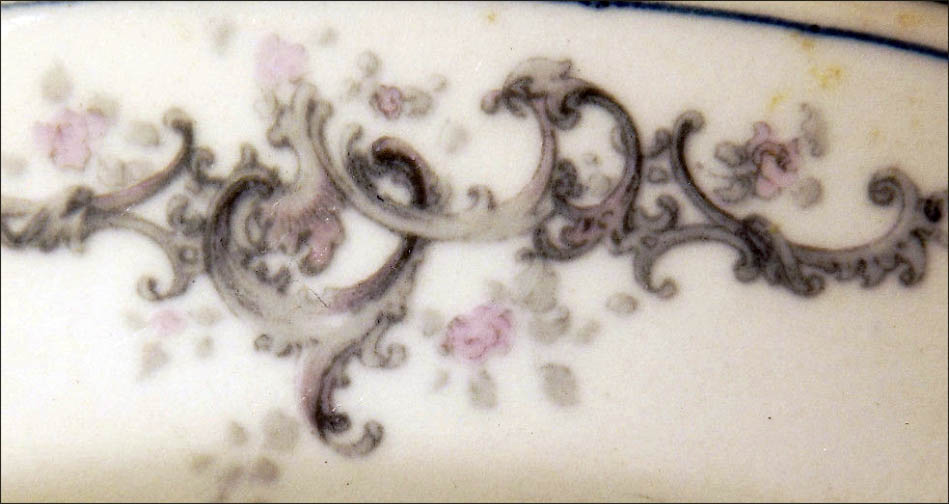 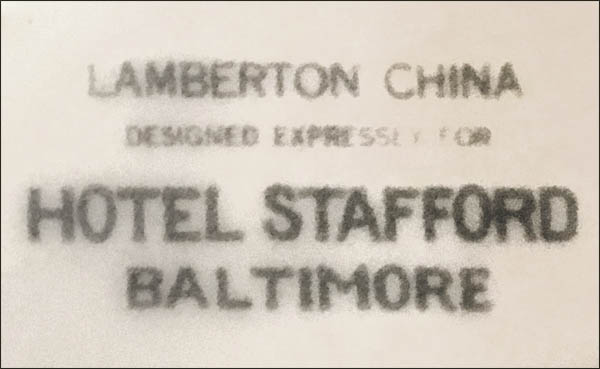 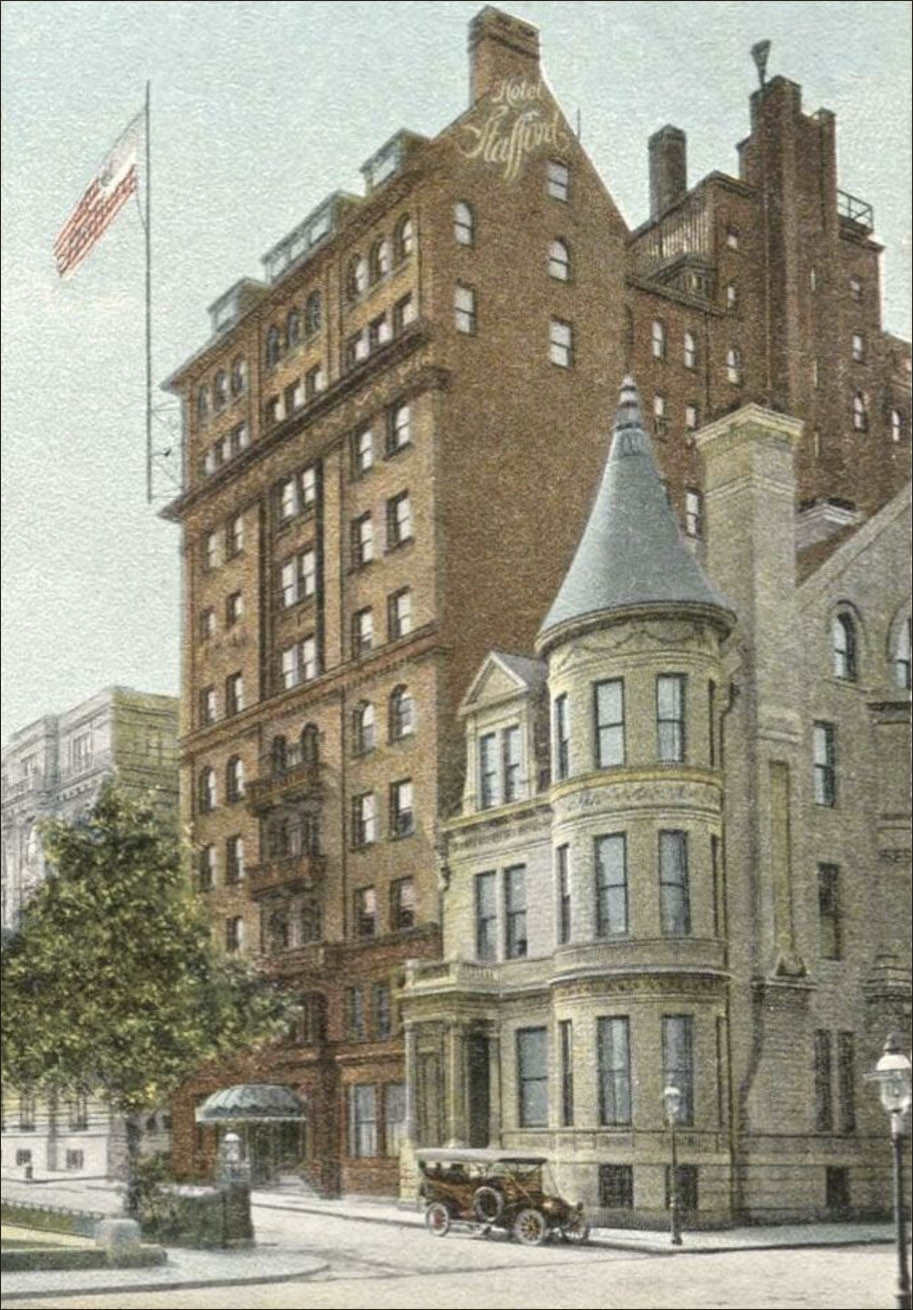 Maddock produced several patterns for the Stafford.  Decal border # 7005 (Carlton border) was ordered by the Stafford.  This china service is not crested but is back stamped with the hotel name.