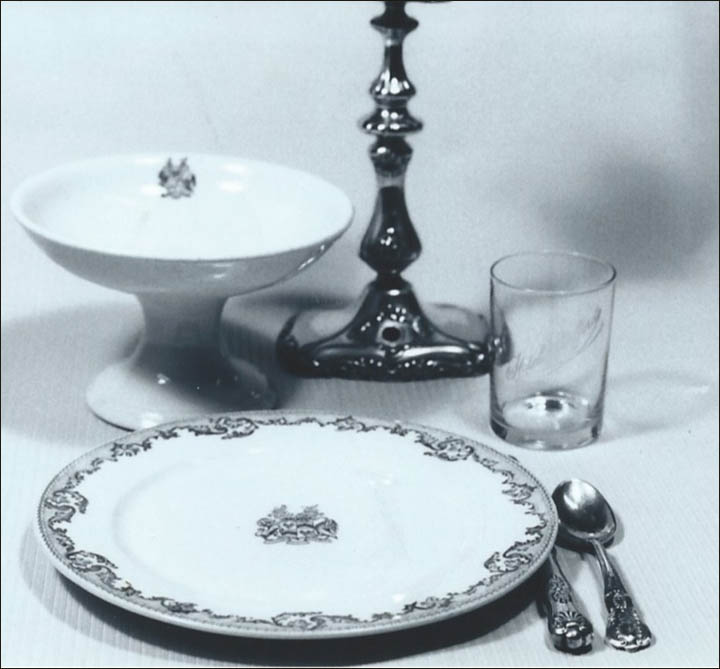 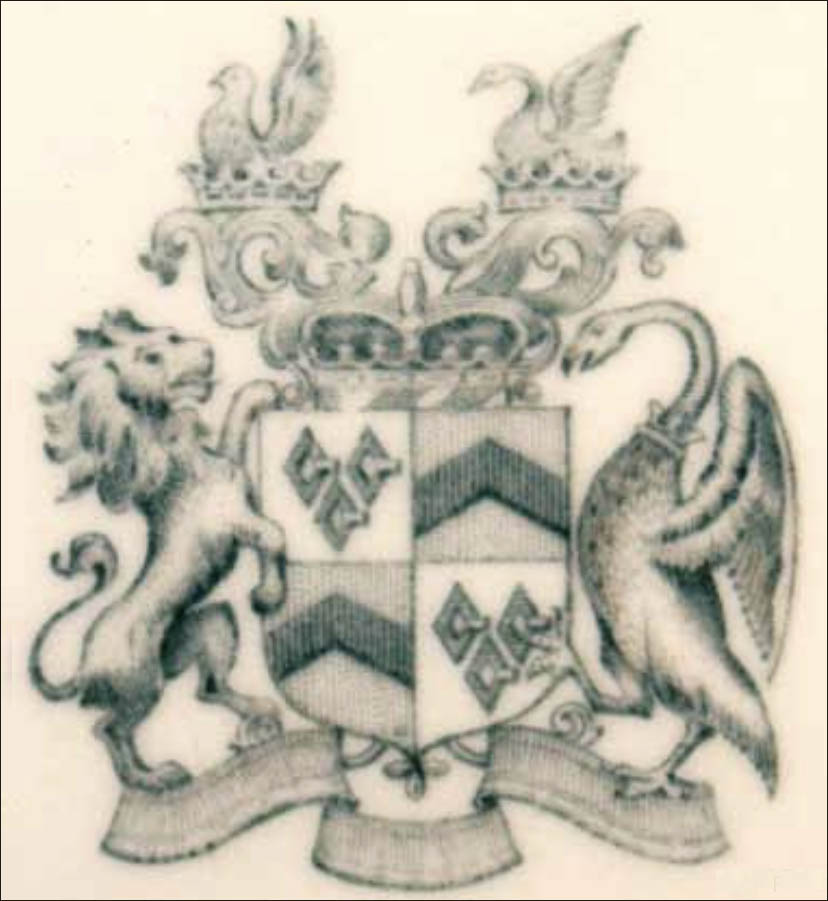 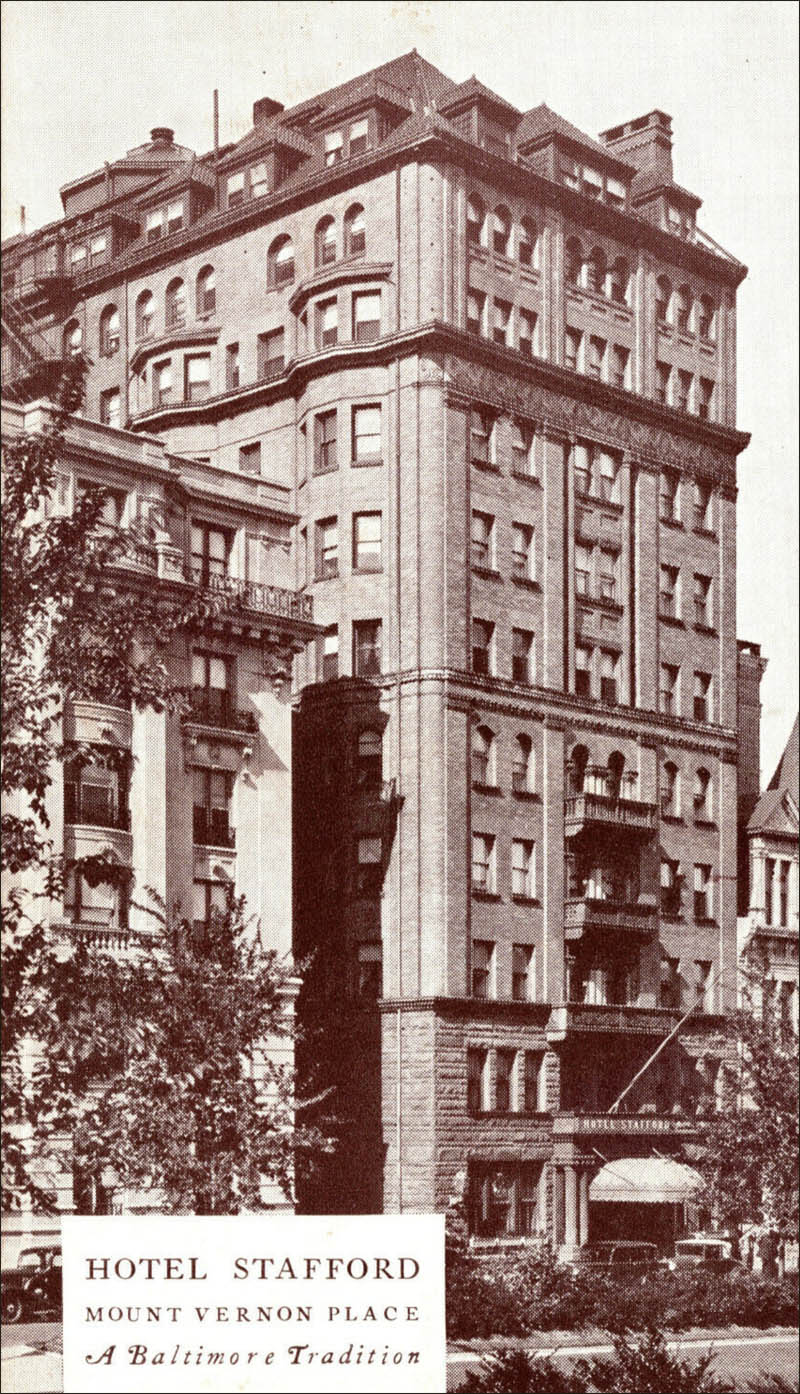 Maddock produced several patterns for the Stafford. Transfer border #170 (New Buckingham border) was made in gray green, with the hotel's shield crest in the center of the well on plates.