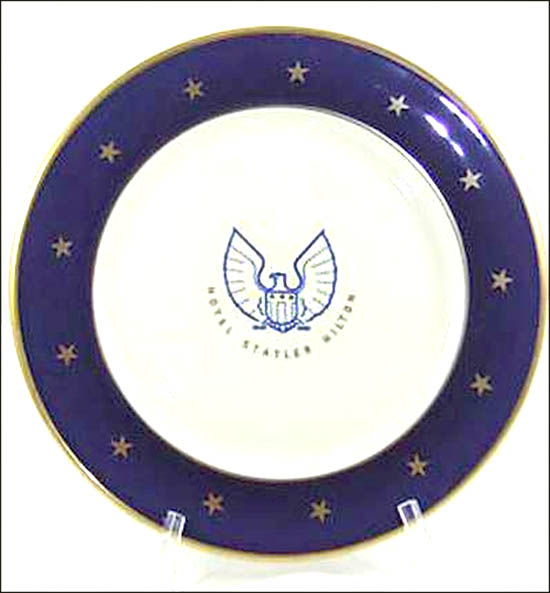 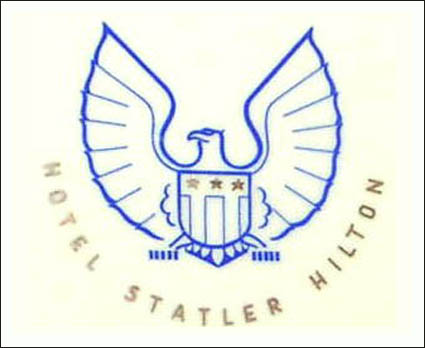 On October 27, 1954, Hilton completed the acquisition of the Hotels Statler Company for a total of $111 million – the sum of $78 million in cash, plus the assumption of Statler mortgages and other obligations. Recognized as the largest real estate transfer in the United States since the 1803 Louisiana Purchase, the acquisition included nine Statler hotels and one hotel under construction in Dallas, Texas, along with the company office buildings in Boston and Los Angeles. The acquisition took 75 lawyers and more than 2,000 legal documents to complete.

The purchase made the Hilton Hotels the largest hospitality company in the world at the time and got the attention of the Justice Department, which filed an anti-trust suit against the company in April 1955. The suit charged that the purchase of the Statler chain by the Hilton Hotels Corporation (and its affiliate, the Statler Hotels Delaware Corporation), violated Section 7 of the Clayton Anti-trust Act, which prohibits company mergers when the "effect may be substantially to lessen competition."  The Justice Department asked the court to order the Hilton interests to sell four hotels, one each in New York, Washington, St. Louis and Los Angeles – all purchased from Statler.

On February 6, 1956, the suit ended with a consent decree wherein Hilton Hotels agreed to sell two of its twenty-seven hotels within "a reasonable time" and the decree limited the Hilton operations in the cities of New York, Washington, St. Louis and Los Angeles for five years. In fulfillment of the decree, Hilton sold two landmark hotels the next month – the Mayflower in Washington, D.C. and the Roosevelt in New York.

The Statler hotels carried the name Hilton in December 1954, based on the filed U.S. Trademark information (Serial No: 72219992; Registration No: 0810877); and the Dallas Statler Hilton Hotel, which began construction as a Statler hotel in October 1953, opened as a Statler Hilton in 1956. In 2009, the sole remaining original Statler hotel operated by Hilton is the Capitol Hilton in Washington, D.C. (Sources: The New York Times, various news articles dating from 8/6/54 through 05/19/67.)

White body, decorated with a wide cobalt blue rim, accented with thirteen gold stars, gold line and gold gilt edging. The center has the hotel emblem of a spread-winged eagle with a shield and the words "Hotel Statler Hilton" below the emblem. This service plate design was produced by both Sterling China and Syracuse China.