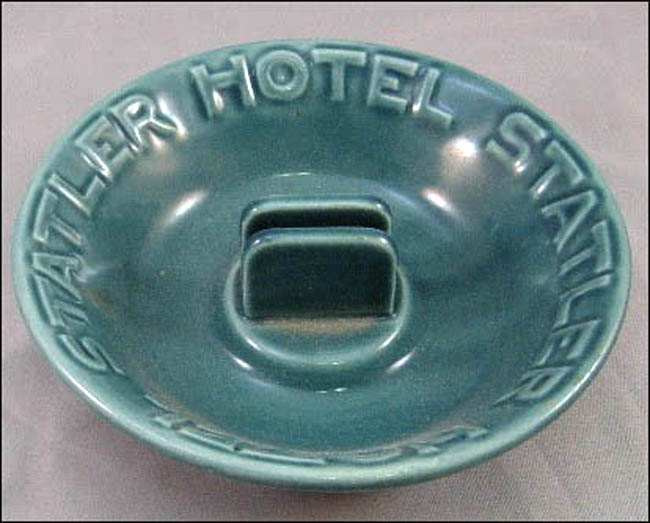 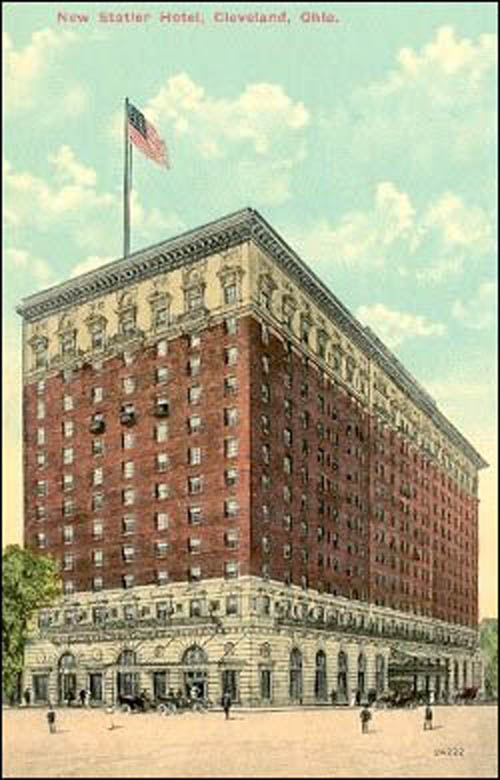 Date of teal match stand with raised lettering reading Hotel Statler is not known. Although not backstamped, identical pieces were made for Hotel Pennsylvania. Richard Luckin, "Dining on Rails," states the Hotel Pennsylvania ones are the Syracuse "Savoy" shape from 1927.