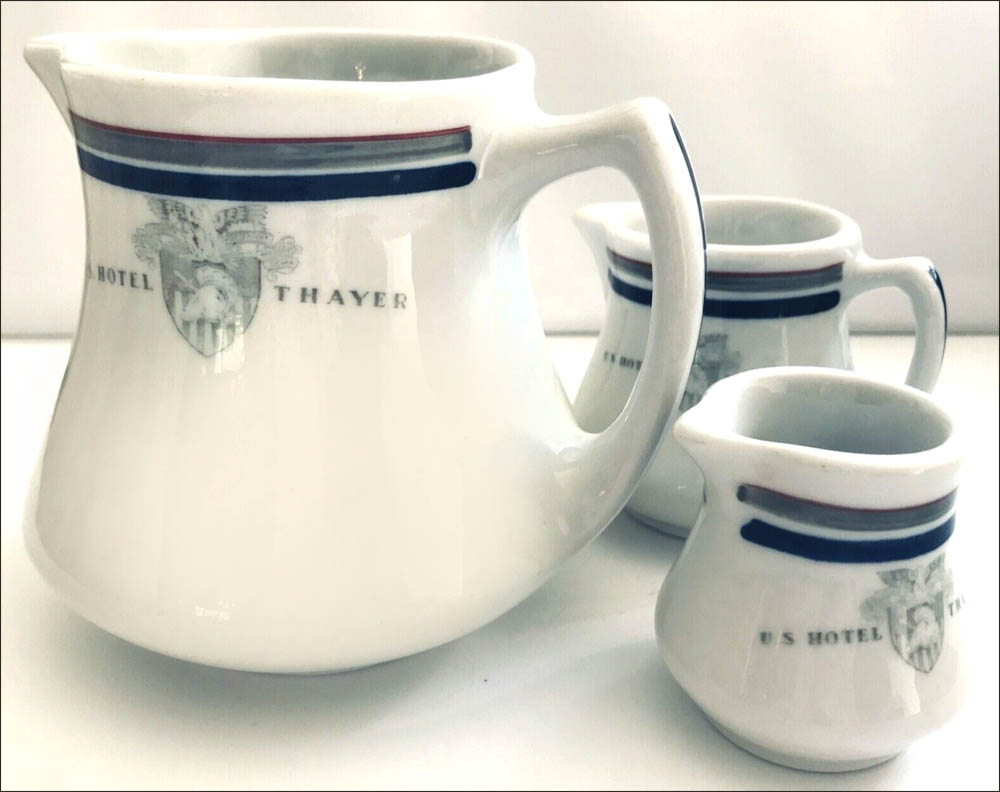 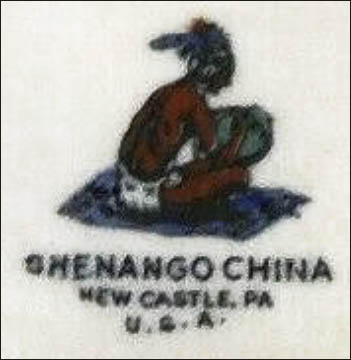 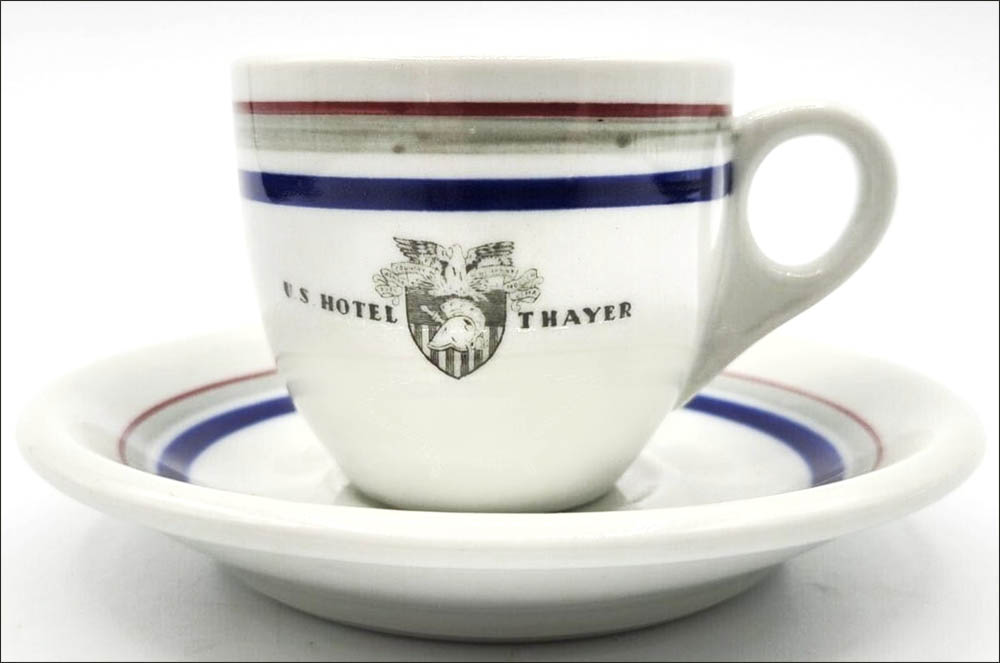 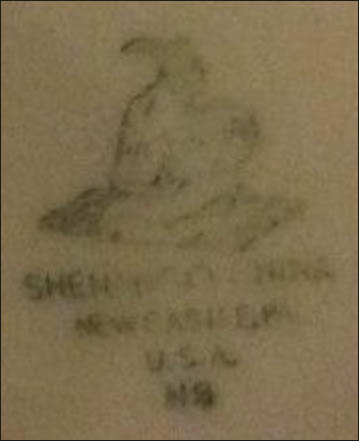 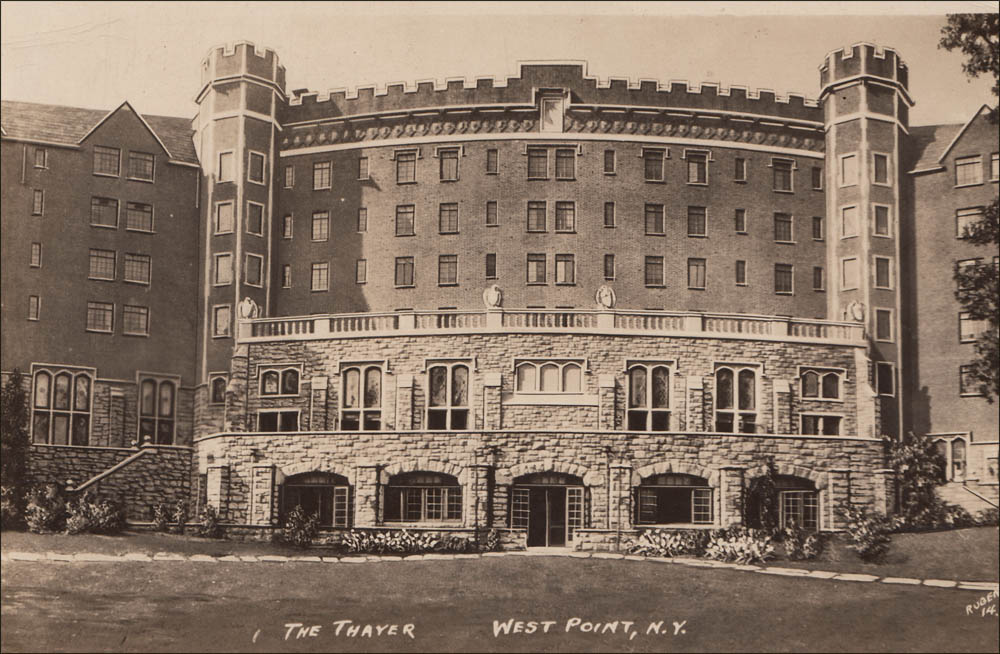 Shenango produced china that is crested with the West Point shield flanked by "U.S. HOTEL" on the left, and  "THAYER" on the right. Depending on the piece the crest is placed above, or below, red, gray, and blue lines.  Back stamps on known pieces range from the colored decal used in the 1930s – 1940s to the green rubber stamp with a 1951 date code.