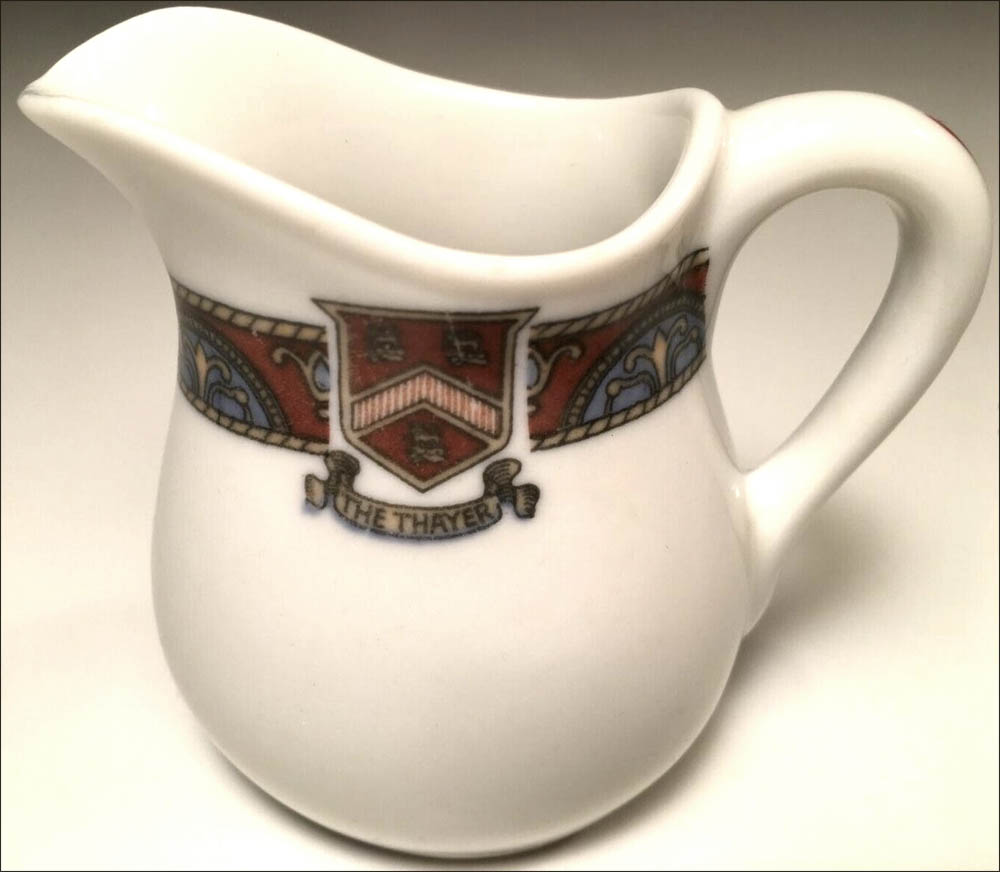 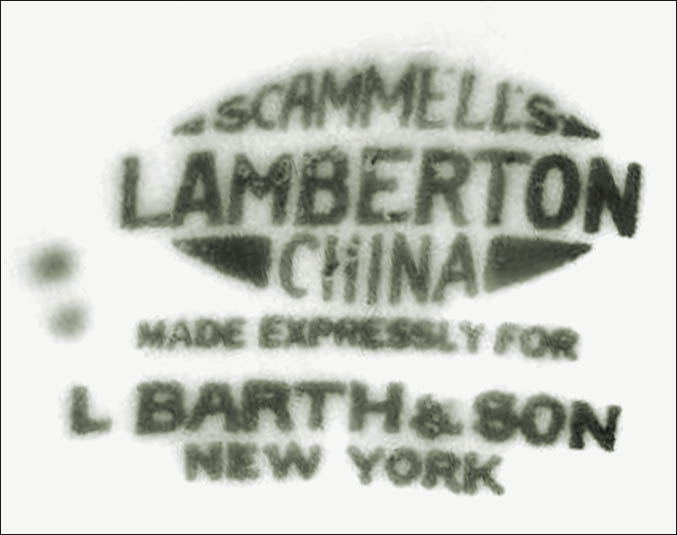 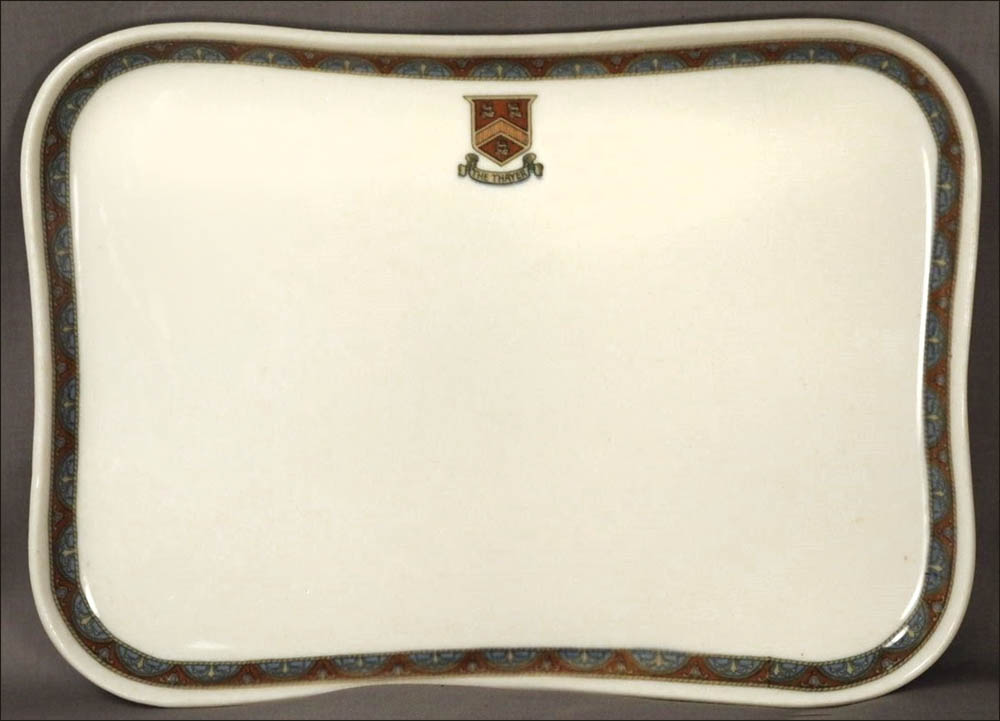 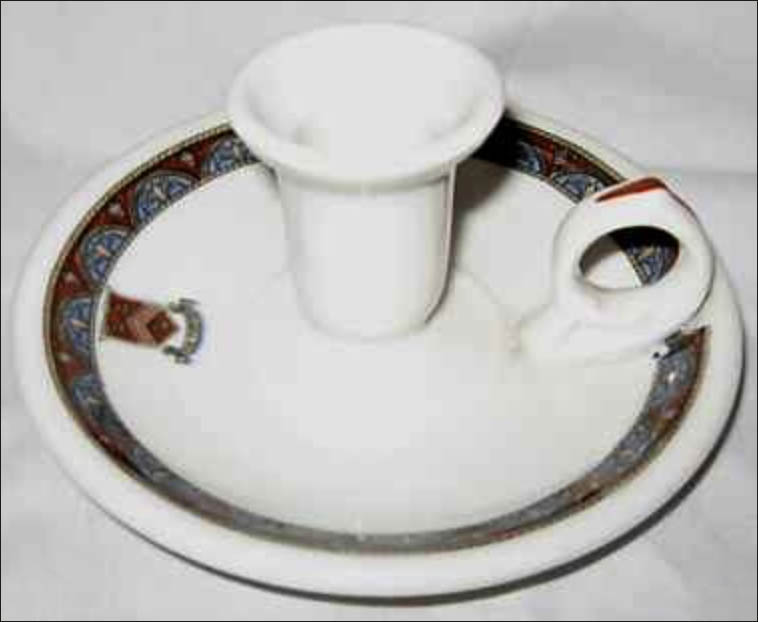 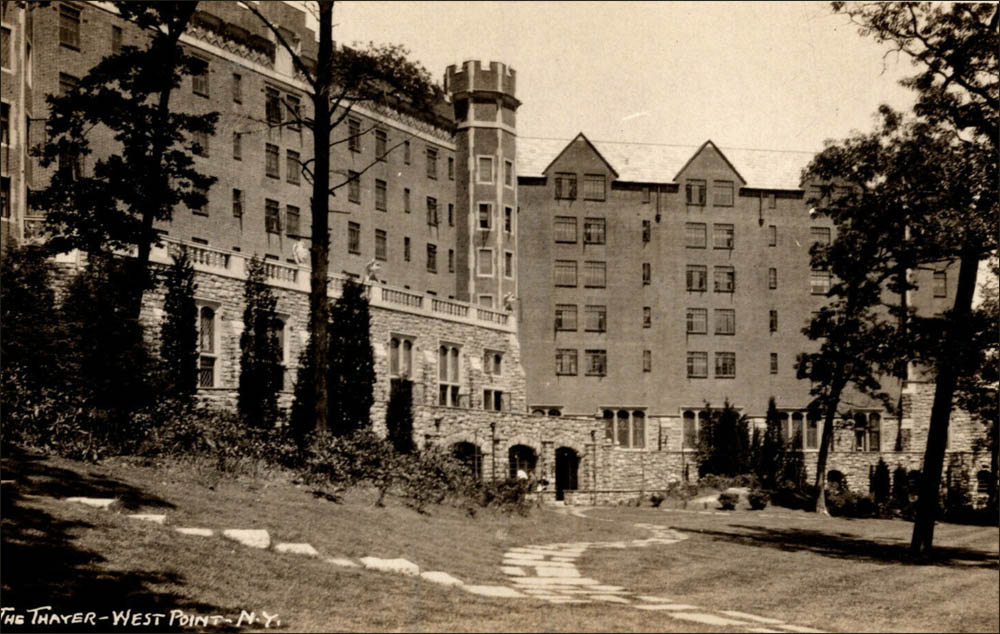 Scammell produced a Lamberton China service for the Thayer that is crested with a decal shield and banner containing "THE THAYER." The crest is placed between, or below, a multi-color decal border of ornaments within blue semi circles and red background areas. This service includes items for use in the bedrooms as well as the dining room. The original order was supplied by L. Barth & Son. This distributor back stamp was discontinued in 1932, after Barth was purchased by Albert Pick.