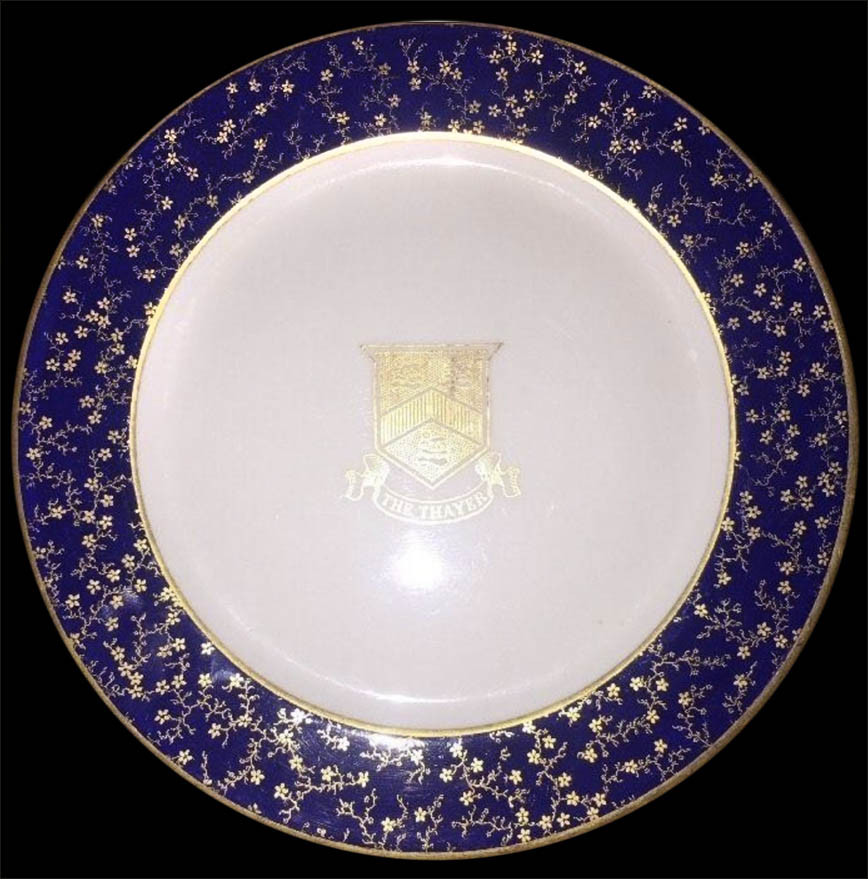 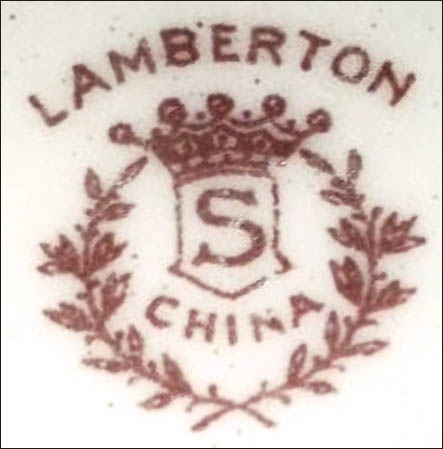 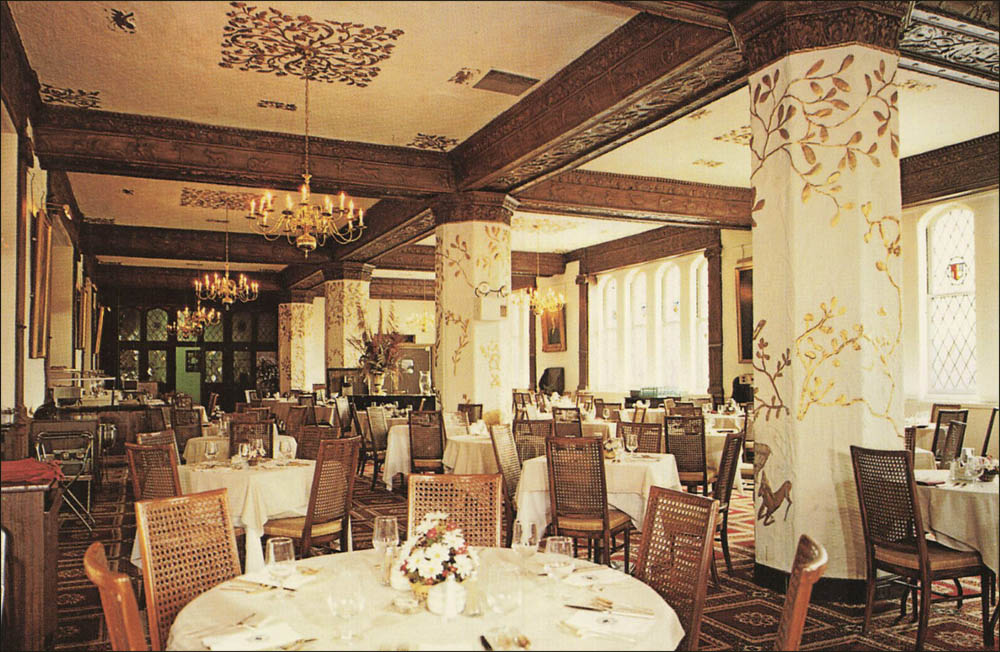 Dining Room at the Thayer Hotel

Scammell produced a Lamberton China service plate for the Thayer that contains a coin gold shield crest in the center of the well. The full cobalt blue border is decorated with an overall vine and flower design in coin gold. The blue border is flanked at the rim and verge with coin gold lines.  The vine and flower design on the border is suggestive of the gold vine and leaf design that was used on the octagonal columns in the Thayer dining room. The only known example of this service plate does not contain the name of the distributor on the back stamp.