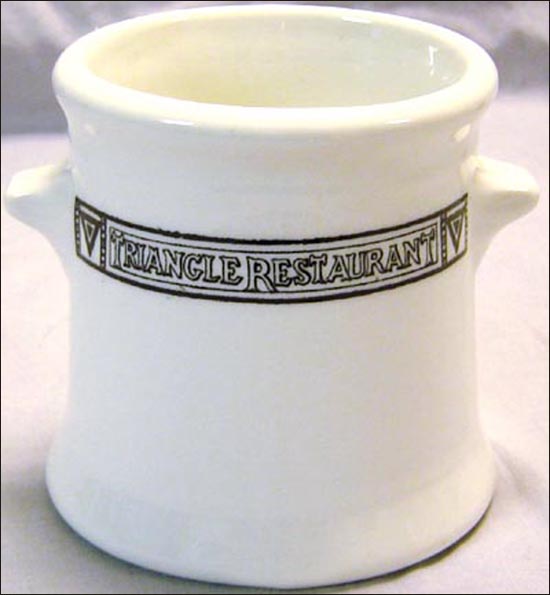 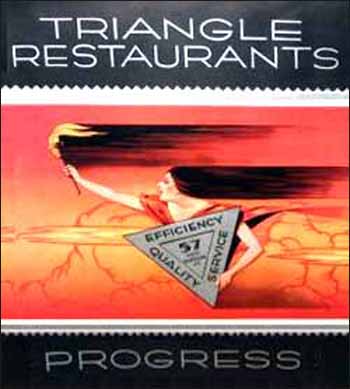 Notes: The Triangle Restaurant was a small chain of Chicago, Ill. eateries that began in 1915 at the triangular corner (hence, the origin of its name) of Broadway, Sheridan Road and Montrose Avenue. There were six restaurants known for their very reasonable prices and their food that included: Big Idaho Baked Potatoes, Honey-Cured Ham, Roast Beef and their special Strawberry Shortcake.

The last one opened on November 3, 1931 and was located at 57 West Randolph Street. The architect for that building was Joseph Ludgin. It is not known when the chain closed.