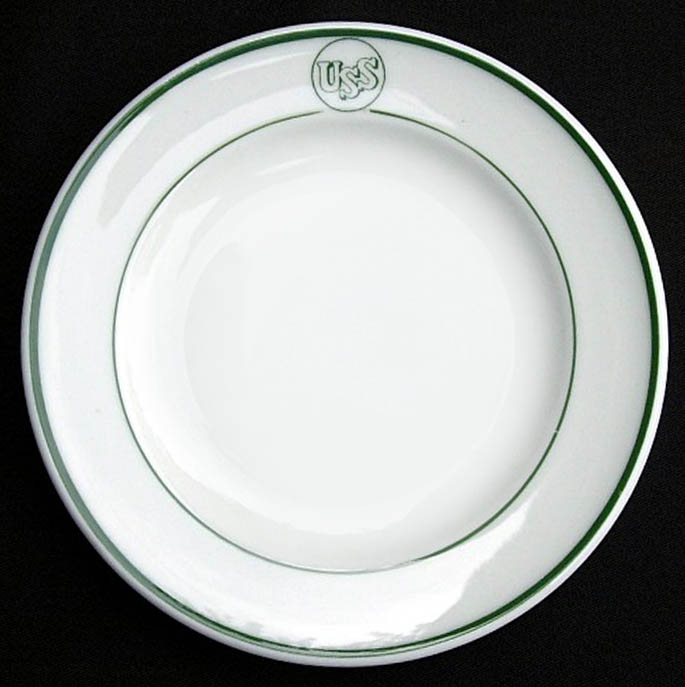 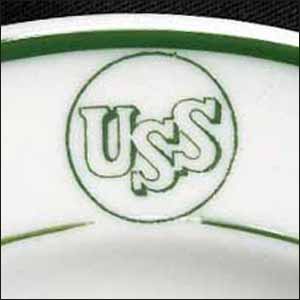 The shipping division had its start with the Pittsburgh Steamship Company (1899-1967) in 1901 and later the Bradley Transportation Company (1917-1967). Ships transported both iron ore and raw materials as well as the finished product. In 1967 these companies merged to become United States Steel Great Lakes Fleet which ceased operations circa 2002.

The company used various patterns of china over the years which were used aboard the fleet of freighters, towboats and tugs as well as factory cafeterias and executive dining rooms. This pattern, called USS Initials, was used on the Great Lakes Fleet.