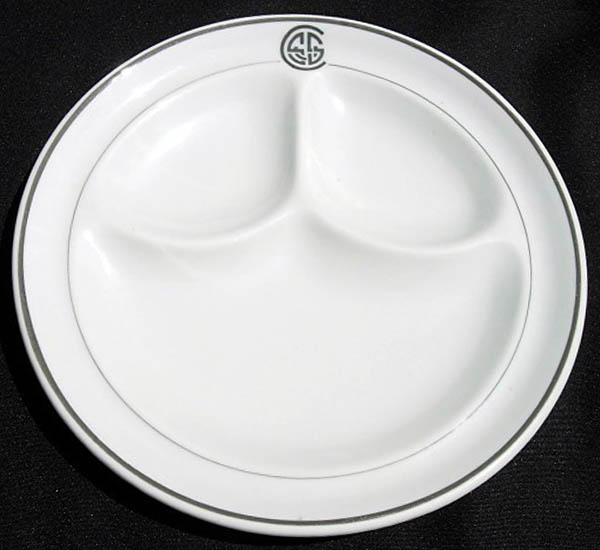 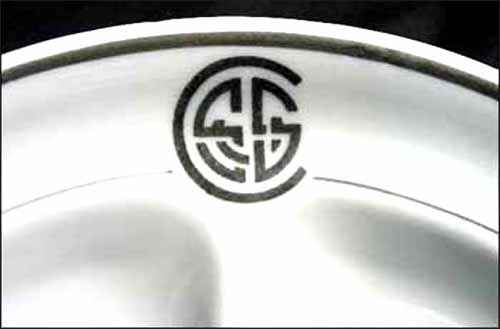 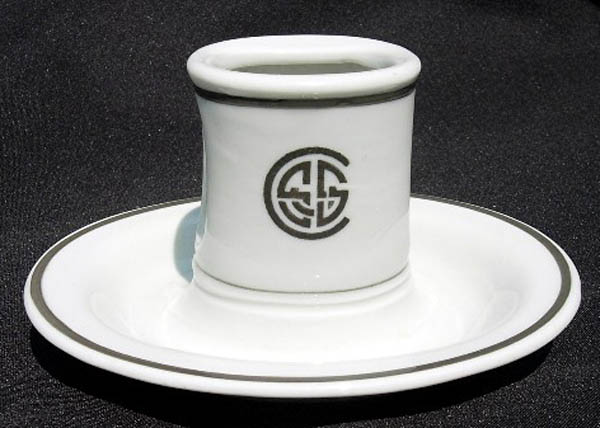 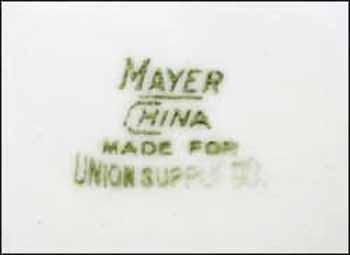 The United States Steel Inland Rivers Department operated from circa 1900 through late 1950s-early 1960s. Another subsidiary was the Carnegie-Illinois Steel Company. Its fleet was organized circa 1922 and eventually (around 1950) merged into the larger US Steel inland barge and towboat operation.

The company used various patterns of china over the years which were used aboard the fleet of freighters, towboats and tugs as well as factory cafeterias and executive dining rooms. This particular pattern was distributed by a subsidiary of U.S. Steel called Union Supply Co., which was located at 1509 Muriel St., Pittsburgh 3, Pa. It was probably used by both ore boats in U.S. Steel's Great Lakes Fleet as well as by U.S. Steel towboats/tugboats on the Ohio, Allegheny and Illinois (and their tributaries). The pattern can also be found with STEAMER ALLEGHENY directly above and below the initials. The Steamer Allegheny was a stern wheeler owned by U.S. Steel which operated on the Ohio, Allegheny and Illinois Rivers from 1927 through the 1940s.