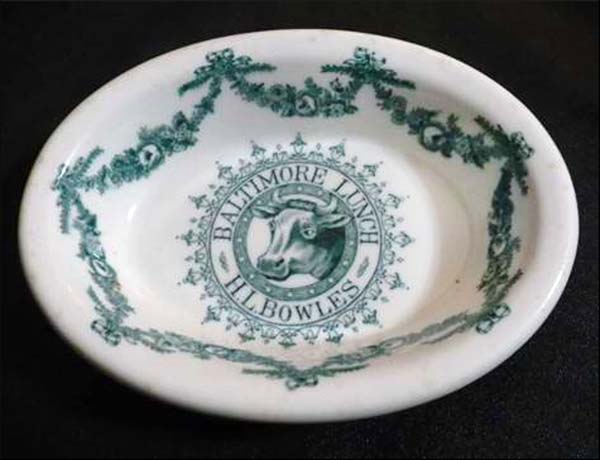 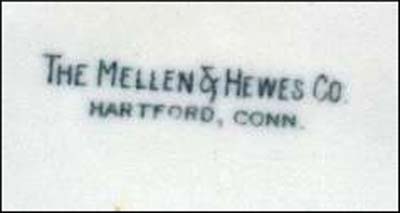 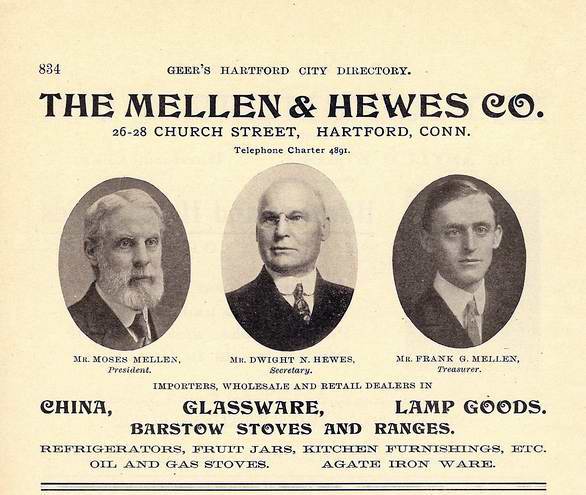 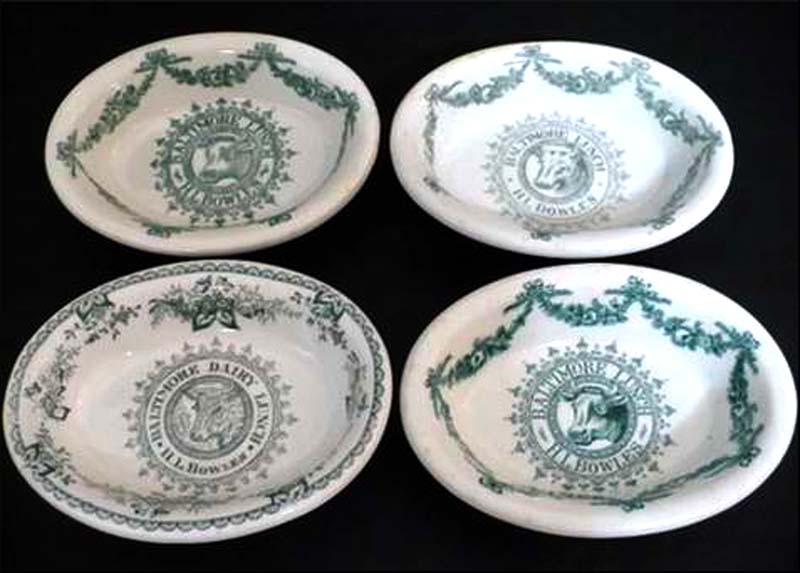 Notes: In 1897, Henry Leland Bowles borrowed $1,000 to start his first Bowles Lunch business in Springfield, Massachusetts. In 1904, he expanded under the firm name of H.L. Bowles & Co. (Charles C. Gilbert parent company) in Detroit, Michigan; and in the years that followed, quickly grew the Bowles Lunch chain within the United States and Canada.

White body with large swag border of green flowers, leaves & bows. Topmarked in green with a bull (cow) head in a center circle and the words "Baltimore Lunch – H.L. Bowles" around the circle within another ornamental design.