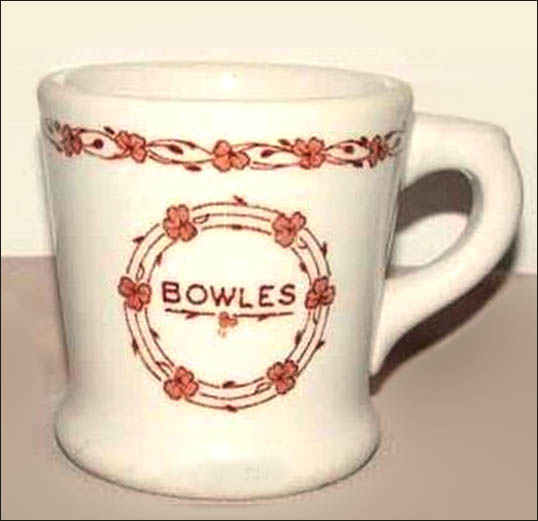 White body with brown ornamental leaf & vine rim border. Topmarked in bown with large letter "B" in a center circle and the words "Bowles Lunch Inc." around the circle within another ornamental design.

Click here to view the original US Patent for this pattern issued on January 20, 1925 to George Ellis, assignor to the Maddock Pottery Co.