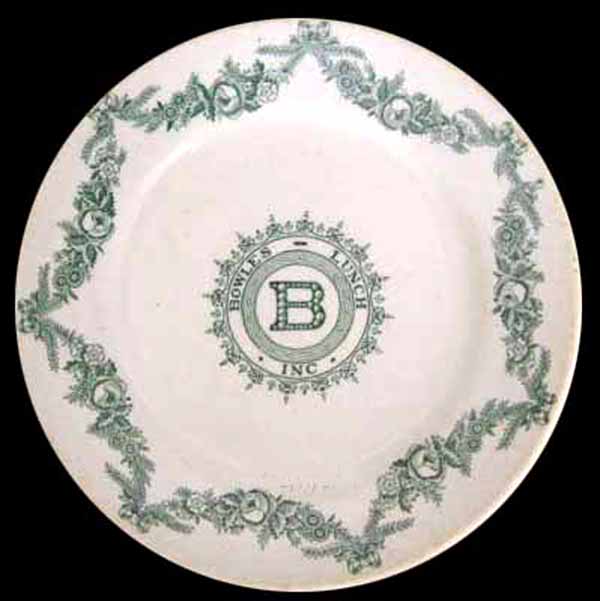 White body with large swag border of green flowers, leaves & bows. Topmarked in green with large letter "B" in a center circle and the words "Bowles Lunch Inc." around the circle within another ornamental design.